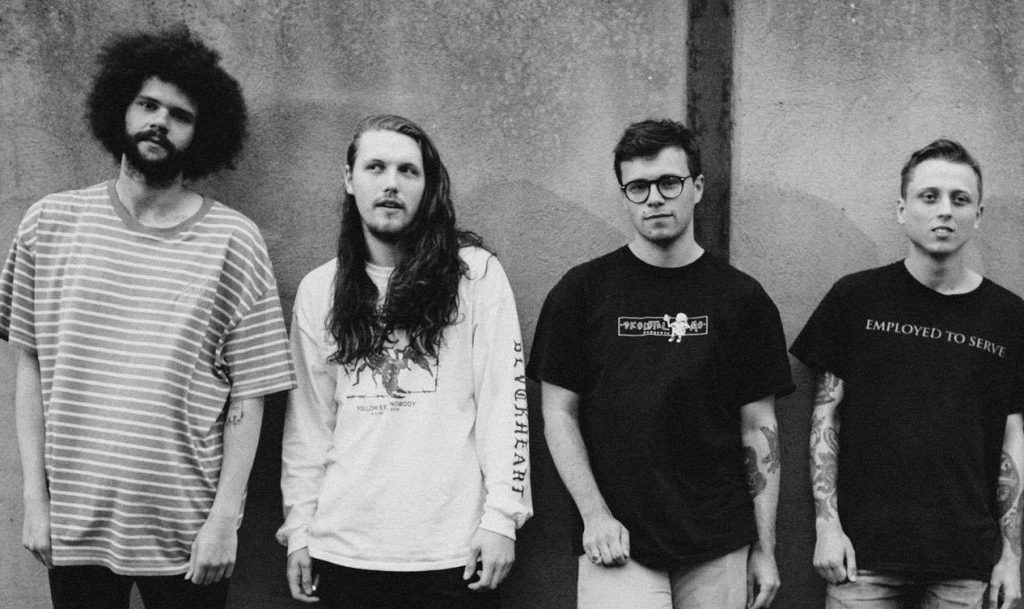 As anyone who has been following Already Heard for quite some time will tell you, we take great pride in introducing exciting, new talent. And today we’re doing just that as we’re premiering the video for the debut single from Leeds four-piece Thick Skin.

The band is the brainchild of Jason Blackburn. Having previously played guitar in defunct Leeds-based bands Calls Landing and These Minds, the idea behind Thick Skin can after he left WSTR last year. Jason was soon joined by former bandmate Jordan Hill (guitar) with Matty Maycroft and Luke Hudson (both formerly of Hinges) completing the line-up.

Thick Skin sees its member hone in on an emotive alternative rock sound that is reminiscent of bands like Citizen, Balance & Composure and Wallflower. It also sees Blackburn taking up the role of vocalist yet as their debut single ’43’ shows, Jason’s direct and personal lyrics justifies the change to frontman.

In addition to premiering the video for ’43’, we spoke to vocalist/guitarist Jason Blackburn about the track, Thick Skin‘s formation, the influence of previous bands and more.

AH: Hi Jason. Today we’re premiering the debut single from Thick Skin. What’s the story behind the band coming together?
Jason: I’ve been slowly building this band over the last year of my life. I parted ways with my position in WSTR around this time last year to focus on a project I’d been working on in my spare time. This project eventually became Thick Skin. After around four months of constantly writing, I had a strong collection of material and I brought in one of my closest friends, who also happens to be one of the best guitarists I know, Jordan Hill. We’ve shared the stage many times before in Calls Landing and Beach Head.

After speaking about where we wanted to take the band, we decided it was time to move the project into a practice space, which meant we needed to complete the lineup. Matty Maycroft and Luke Hudson are some of the most passionate dudes I’ve ever met in the scene and had known for a while that I was interested in getting them to fill the positions. Luckily they were both game for it, which saw Thick Skin’s line-up finally complete.

AH: Some people may recognise you from your time in Calls Landing and These Minds and briefly with WSTR. Have those experiences influenced Thick Skin in any way?
Jason: Definitely, I feel like Thick Skin is the perfect natural progression from what I’d been previously writing, especially in These Minds. Towards the end of These Minds, we were experimenting with a different sound, one that I’ve definitely captivated on in Thick Skin. If you were into the things These Minds and Calls Landing were doing, you’ll hopefully be impressed with the Thick Skin stuff.

AH: When it came to starting the band, was there a particular sound you were looking to capture? Jason: I kind of wanted to move away from the whole ‘pop-punk’ thing. I’d been doing that since 2011 in various bands and whilst it was fun while it lasted, I feel like I’ve expressed everything I can in that particular scene. With that said, there are definitely elements of that sound that I’ve brought over to Thick Skin but I’ve had a sound in my head since the end of Calls Landing, These Minds and Beach Head that I’ve spent the best part of a year trying to turn into a reality. I’m not trying to reinvent the wheel here, just express my thoughts onto paper and share it with the world and if people like it, I’ll gladly take them along for the ride.

AH: Thick Skin also sees you stepping up as lead vocalist. How have you found adapting that role?
Jason: It’s been the most challenging obstacle I’ve faced in my career. I’ve always had a large part to play in the development of the instrumental side of songs, however, vocally; I’ve always kept my distance. I’ve had a note on my phone for the last three years where I would subconsciously write down lyrics that I thought sounded cool or had a certain ring to them. However, when I started writing this record, there was a certain topic I really wanted to address for my debut release on vocals. It’s something I feel VERY strongly about and has played a massive part in shaping the man I’ve turned into. Having such a strong feeling towards something/someone has definitely helped me to create something I’m really, really proud of.

AH: From hearing ’43’, it seems lyrically a very personal and bitter song?
Jason: It is, to say the least. I won’t delve into too many of the details, as I don’t think it’s difficult to understand the topic in question however, I wanted to make a record about something that a large amount of people could relate to without using the typical ‘break up’ theme. Something that I really felt strongly about and knew I wouldn’t be short of things to say.

AH: Looking ahead, you’re playing your first show supporting Culture Abuse next month. Besides that, can we expect to hear more material sooner rather than later?
Jason: We are, and I’m super excited to be playing a show again. It’s been too long. More material will be on the way, we’re heading into the studio next month with everybody’s favourite producer Bob Cooper to work on the first record which will be four unheard songs. We’re also speaking to a few close friends in bands behind the scenes to make sure we’re hitting all the right places in the UK, hopefully before the year is over. At this point, I’m just happy to be back playing music with three of my best mates.