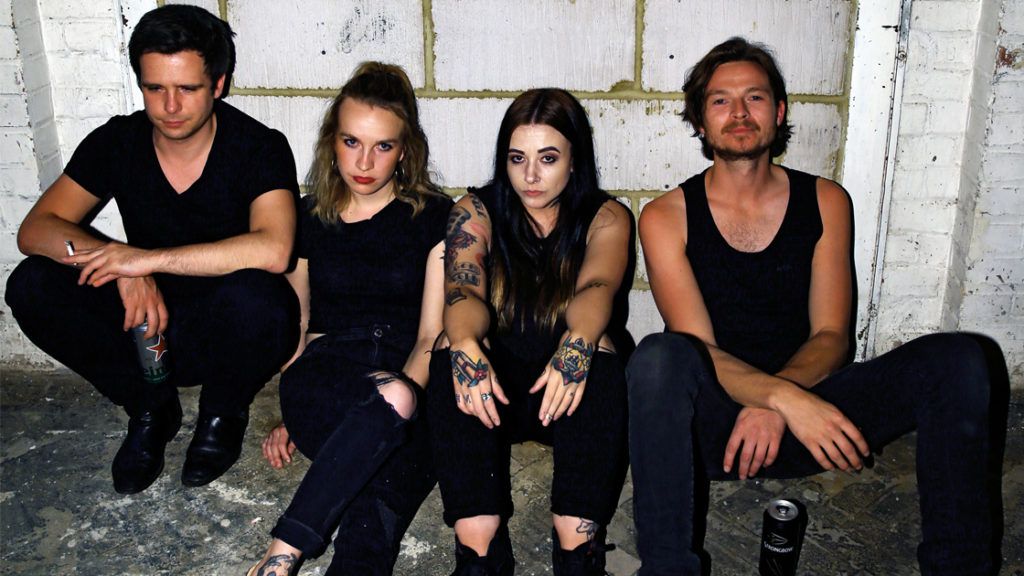 London-based garage punk quartet Pretty Pistol have returned with ‘Bait’. Arriving less than a year from the release of their ‘Welcome To The Dead Club’ EP, it sees the four-piece serve up another raw, energetic slice of punk that doesn’t take any prisoners. With Laura Le Rox’s spitting vocals, fist-pumping beat and its overall spirited delivery, ‘Bait’ is a welcomed re-introduction to Pretty Pistol.

We’ve teamed up with the quintet to premiere the video for ‘Bait’. The clip captures the band’s ferocious live show that has seen developed a reputation that is impossible to ignore within the London circuit. And for good measure, they throw in some red liquid and flour, literally.

‘Bait’ by Pretty Pistol is released on 15th March.

Pretty Pistol will be playing shows on the following dates: