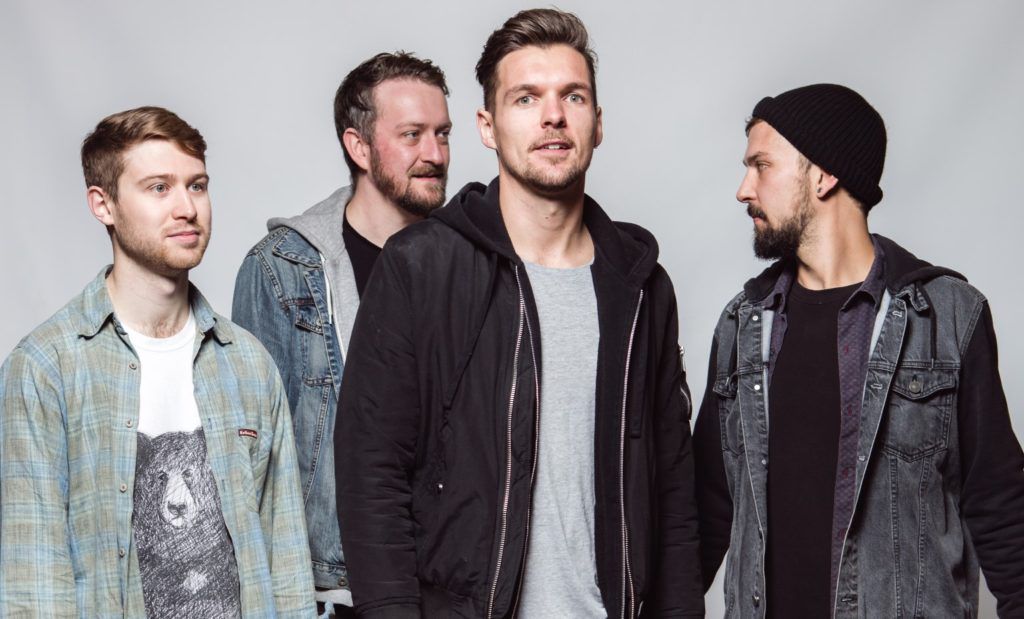 For the best part of a decade, Coventry quartet Luna Kiss have been honing in on a dynamic brand of explosive rock. With a handful of EP’s to their name, they’re set to release a long overdue debut record in April. Produced by John Mitchell (Enter Shikari/Architects), work on ‘Following Shadows’ began in late 2016. Despite its delay, the album is now seeing the light of day. It has allowed the four-piece to explore their sound, taking in a variety of influences allowing them to create a powerful take on modern rock.

Today, Already Heard is premiering a video for its title track. ‘Following Shadows’ is a fine example of Luna Kiss‘ musical breadth with its electronic influence giving away to towering arena-sized rock strides leaving a significant impression.

In addition to revealing the video for ‘Following Shadows’, we had a brief chat with vocalist/guitarist Wil Russell to find out more about Luna Kiss.

AH: A little digging on the internet tells us Luna Kiss have been a band since 2009. For those hearing the band for the first time, bring us up to speed on the history of the band?
Wil: We started Luna Kiss back in 2009 after finishing a college course together. In 2011, we had our first go at a record, ‘Echoes of Sound’. From 2014 to 2015, we released a few EPs, had a fun time touring around Europe and really trying to find our sound. It was like a rock n’ roll extended gap year. In late 2016, we went into the studio with John Mitchell to record an album. Here we are a long while later and nearly ready to release the record.

AH: Today, we’re premiering the video for ‘Following Shadows’. It’s an interesting number with its slow build and autotune vocals before an explosive finale. What can you tell us about the track?
Wil: Well, this was one of the “newer tracks” we wrote for the record. We had a few heavy sounding tunes and I stumbled on this chord progression that was very different to what we were doing. It opened up a new area of sound for us. The vocal FX is influenced by people like Bon Iver and James Blake but we knew we had to do something different with it so it’s more electronic.

AH: It’s also the title track from your debut album. It’s been said that “‘Following Shadows’ is the culmination of many musical influences and life experiences”. Care to explain more?
Wil: Ross (Morris), our bass player, is really into electronic music and for years has been introducing us to so many different sounds. ‘Following Shadow’s was the first time we really felt comfortable and confident exploring that area, seeing how we can combine our love of rock with electronic music.

The lyrics are based on a situation where you feel trapped but you have just found this confidence to exit and move forward in life. The album art is a naked woman with a shadow, representing both the literal “shadow” but also re-birth, it’s not just boobs for the sake of boobs!

‘Following Shadows’ by Luna Kiss is released on 12th April.