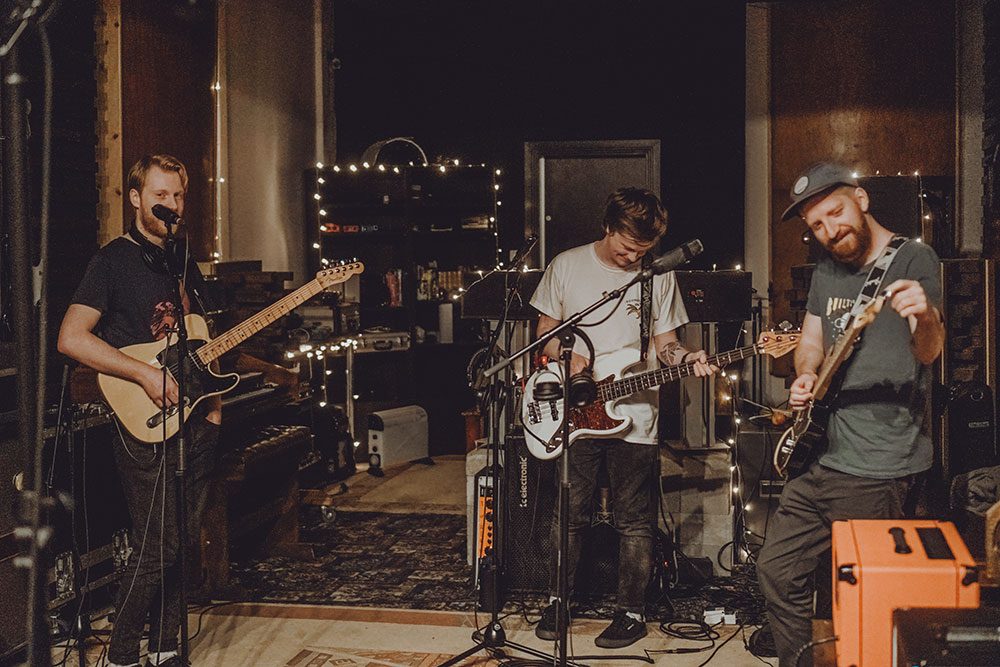 While some consider having the tag of “emo” as a dirty word, Brighton quartet I Feel Fine seemingly don’t have an issue with. After all, their Facebook states “An emo band that’s totally OK with being labelled an emo band.” It’s fair to say it’s an accurate description of what the four-piece sound like.

Ever since forming in 2016, they’ve been honing their brand of “twiddly-shouty rock music” with last year’s ‘Long Distance Celebration’ EP serving as their debut EP. It captured the band’s knack for producing tight songs full or urgency, gang vocals, and of course, emotion.

Although they’re currently planning on recording their first full-length, I Feel Fine recently headed to The Bookhouse to record a session at the studio in South East London. The Bookhouse is owned by engineer/producers Ian Hansen and Tom Hill. Recently the pair teamed up with Treasure Digital to create a video series simply titled ‘Live At The Bookhouse’. It sees artists and bands perform in the studio and recorded strictly live with no editing, filmed with a one-shot roaming camera.

With previous guests consisting of Kal Marks, Holiday Oscar and Floating Worlds, I Feel Fine are the latest band to be featured as part of ‘Live At The Bookhouse.’ We’ve teamed up with The Bookhouse to premiere the first of two videos filmed for I Feel Fine‘s session.

‘Pan For Gold’ captures the warm, slow-burning Midwest emo sound that shaped the genre during the 90’s, yet with its harmonious gang vocals and compelling build, it’s clear I Feel Fine don’t have a problem with taking the emo mantle.

“‘Pan For Gold’ is probably unanimously our favourite song off the first EP and definitely the one we most enjoy playing live. It’s most indicative of where we’re headed with our new material,” the band told us. “The session came about because Tom at The Bookhouse is a friend of ours, and had mentioned to us at a gig with Modern Rituals earlier in the year, that he was looking for bands to showcase some live videos in his new studio. Naturally, we jumped at the chance as we knew that he’d do a great job.”