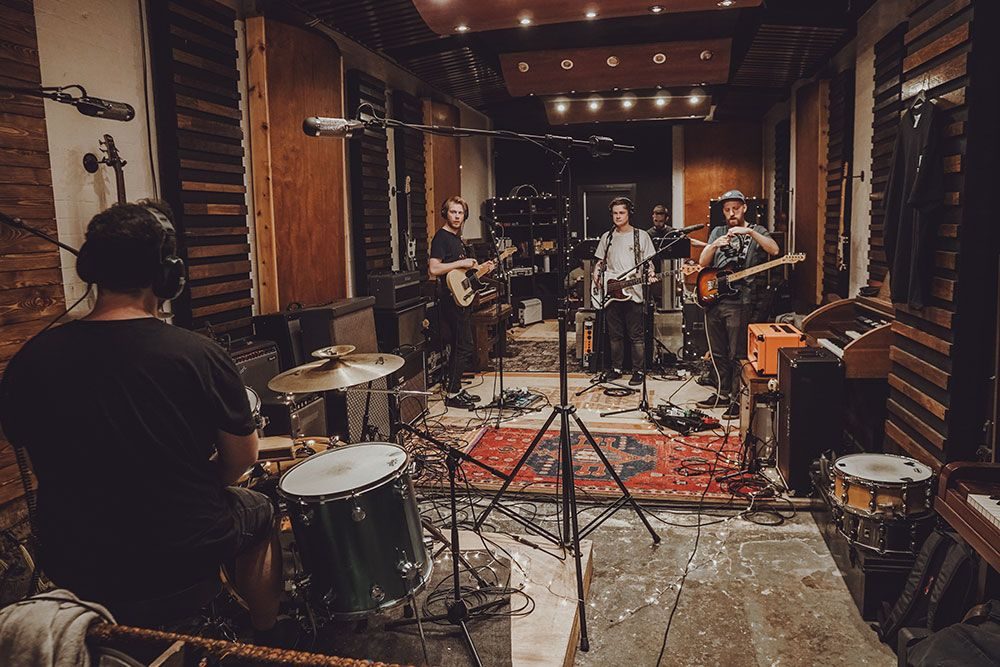 Last week, we re-introduced Brighton emo quartet I Feel Fine through the first of two sessions they filmed at South East London studio, The Bookhouse. Today, we’re premiering the second part of the session in the form of ‘Beached Community.’

“This is our ‘Teenage Dirtbag,'” the band joke. “It was the first song that this band ever wrote together, and for whatever reason, people seem to listen to it the most. Maybe one day we’ll end up having to appease the fans and play it 10 times?”

As for The Bookhouse, the studio is owned by engineer/producers Ian Hansen and Tom Hill, with  Treasure Digital serving as the creators behind the ‘Live At The Bookhouse’ series. Since its inception, Kal Marks, Holiday Oscar and Floating Worlds have visited the South London studio. The series sees artists and bands perform in the studio and recorded strictly live with no editing, filmed with a one-shot roaming camera.