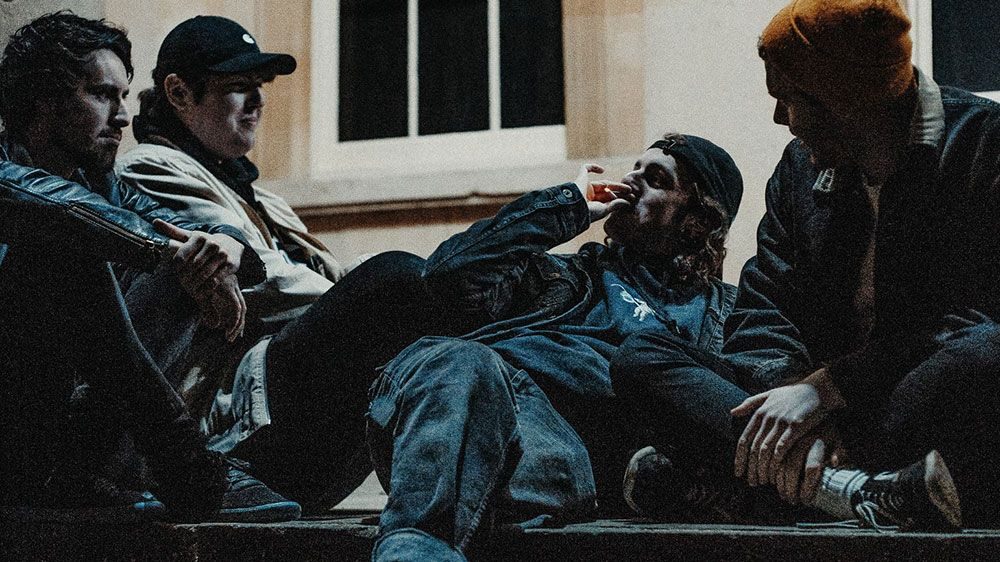 Taking their cues from British emo exports Basement and the much missed Hindsights, Cheltenham quartet Floorboards aim to pick up the mantle with their raw, grunge-fuelled take on the genre. Having previously shared the stage with Mallory Knox, Black Peaks, Milk Teeth, Crooks UK, Such Gold, along with several notable names, they’re set to play what is considerably their biggest hometown show to date when they open the Neu Stage at this month’s 2000trees Festival.

However before that, they’re releasing an explosive new single called ‘Low’. While last year’s ‘Cocoon’ EP went down a sincere, somewhat cleaner, route, Floorboards‘ latest cut is executed with grit and angst, making for a thoroughly engaging number.

“’Low’ is an amalgamation of lots of moments and feelings all happening at once. The song moves through sections much like you would move through your emotions in grief, breakups and other melancholic experiences,” explains vocalist Jay Mansfield. “We owe it to Claire Sutton at Western Audio in Swindon for producing our sound and to Callum Spicer and Andrew Busby for visualising our song.”