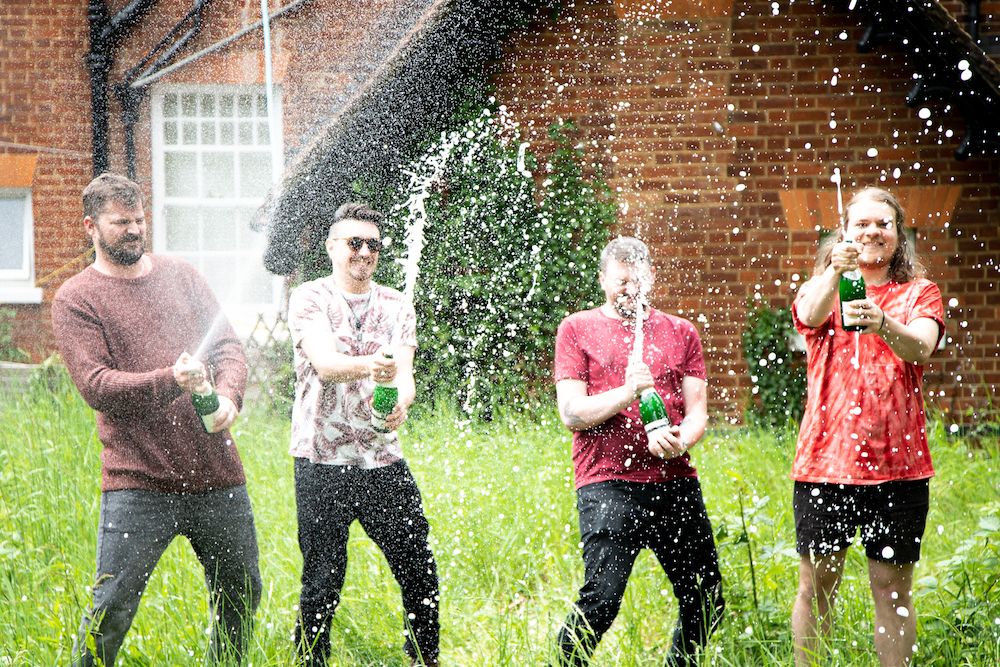 The last time we heard from South East quartet Brutalligators, they were in the Christmas spirit. However, they’re back and as incensed as ever! Today sees them unleash their new single – ‘Kill Your Heroes’, a one minute and twenty seconds blast of pure frustration.

Influenced by the swarm of people using their fame and fortune inappropriately, ‘Kill Your Heroes’ doesn’t hold back with its riveting bassline, punk-fuelled guitar and Luke Murphy-Wearmouth’s angst-ridden words being sharply delivered.

“‘KYH’ was written back in 2017, after the news of abuse claims against a couple of high profile bands. Both featured respected, outspoken idols in marginalised communities abusing their power and position to be horrible people,” Brutalligators told us about ‘Kill Your Heroes’ origin. “It was so sad and angering, and since then, it’s been one after the other. Powerful people (mostly men) taking advantage of their privilege, power and position for their own sexual gain. We’re fucking sick of it.”

The track is the first single from Brutalligators‘ second EP, ‘Friends I Wish I’d Had’, which is scheduled to be released on July 12th through Real Ghost Records.