Versus: Underoath – ‘Define The Great Line’ VS ‘Lost In The Sound Of Separation’ 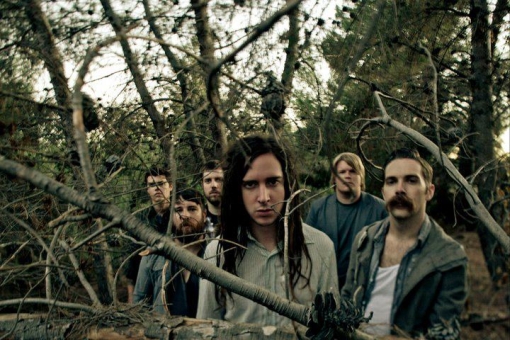 As you read these words Underoath are no more. Having announced their demise during 2012, the band played their last shows during January of this year. Gone, just like that. IT SUCKS DOESN’T IT. But we shall not forget them. There’s plenty of bands that have been influenced by Underoath and we should definitely give their back catalogue a bit of a seeing to every so often.

Mikey Brown is all for ‘Define The Great Line’ whilst Aaron Wilson shall be defending ‘Lost In The Sound Of Separation’. Let the battle commence and let’s hope neither writer will be ‘Returning Empty Handed’.

‘Define The Great Line’ (by Mikey Brown)
‘In Regards To Myself’ caught me off guard. I don’t think I was ever going to be prepared for the first time I heard this album. The anger and chaos that unfurled after that sample played through, interrupting my thinking and probably my breathing momentarily. At the young age of 15 ‘Define The Great Line’ by Underoath was exactly the kind of emotionally fuelled noise that I needed to bring my ear drums ever closer to destruction.

I fell into the ‘mosher’ crowd, definitely. My swept fringe (which is still intact to this day) was key, but nobody could hear what was pouring out of my earphones. Well, except when it was too loud, which was probably all of the time. At the time I was listening to indie, metal and post hardcore in equal measure. Bands like Alexisonfire and Atreyu with their throat wrenching screams and shouts, and along with the melodic clean vocals, this style really caught my attention and Underoath fit in perfectly.

Each full length has been a solid release, but there will always be something about ‘Define The Great Line’ that captures me. It had the pace that I wanted at my young “rebellious” age and riffs that would lash away at my ear drums. It’s not like I needed them anyway. Lines like “Failure leaves such a bitter taste in my mouth" and ”Don’t stop breathing/Just let the water calm you this time" were interpreted in ways that I can’t recall right now.

I do remember ‘Moving For The Sake Of Motion’ being my ringtone on my phone for a good while though, especially the transition into college with my new phone that had a built in speaker and I could be a little bit annoying and show off my taste onto my friends at breaks and lunch.

But why does ‘Define The Great Line’ beat the other fantastic albums they released? I think it’s got the right amount of melody and aggression. It incorporates each side incredibly seamlessly, whilst the slower, post rock-esque ventures of ‘Salmarnir’ and ‘Casting Such A Thin Shadow’ inject another side and another adventure that the band could take. Masters of their own craft and easily pulling off whatever else the can conjure up.

There are plenty of bands who still try and do music like Underoath to this day and very few get it right. Underoath definitely defined the line on what made a good metalcore album.

Working with metal producing aficionado Adam Dutkiewicz and alt rocks Matt Goldman, the band had two great producers working on the album. With Adam’s heavy metal background, and his intricate and strive for perfection mentality on the album he was able to bring out the clean crisp heavy sounding guitar parts. Matt Goldman would bring his expertise on the electronic and drums side of the album and worked closely with drummer Aaron Gillespie and Keyboard player Chris Dudley to really bring the punch and atmospheric feel to the album.

So now that we’ve dealt with who worked on the album let’s get to the album itself. Starting off with pounding drums on ‘Breathing In A New Mentality’ in just one headphone it brings in a straight heavy sound as the distorted guitars come in it really packs a massive punch to the head and makes you want to listen more. Spencer’s vocals give a certain sense of emotion and desperation as he screams “I’m the desperate and you’re the saviour/reach in and grab a hold of me/they say I’ll never change but I’ll prove them wrong”.

The song ‘Anyone Can Dig A Hole But It Takes A Real Man To Call It Home’ showcases all the aspects of this album that make it perfect. The roaring vocals of Spencer and heavy drums from Aaron drive the song forward as the sporadic lead and rhythm guitar parts come in it gives the song a catchy/heavy feel. With some clever electronic and guitar sounds it slows right down allowing drummer Aaron’s sweet vocals to come through backed up by an added rumbling bass line. Soon enough all the parts come through as the guitar and drums come back in heavy and Aaron and Spencer rotate vocal duties bringing the song to an epic crescendo.

That is just one of the songs I’ve described but the whole album itself is packed full of pounding drums and intricate yet heavy guitar work. Songs like ‘Emergency Broadcast: The End Is Near’, ‘The Only Survivor Was Miraculously Unharmed’ and ‘We Are The Involuntary’ all showcase the different textured guitar tones that are used on this album. From the full on heavy guitar riffs to slowed down melodic guitar tones to some intricate reverb guitar sounds interwoven in the songs, it has everything.

Not only is the guitar work so prominent on the album but the vocal performances are at times raw, visceral and sickly sweet as well. Aaron’s prominent vocals on ‘A Fault Line: A Fault Of Mine’ really shine as he whispers in the background he then suddenly powers through with force.  Another song which showcases both vocalists is on ‘The Created Void’ as both vocalists show certain versatility to their vocal range. As Spencer screams he also has a go at straight singing and surprisingly he has a great singing voice, backed up by Aaron’s sweet at times whispering vocals it adds a different vibe to the album away from the constant heaviness of other tracks.

The album picks back up quick enough with the lead pinch harmonic guitar part on ‘Desperate Times, Desperate Measures’ which is one hell of a heavy song. As Spencer screams his way through the song he allows Aaron to come through to add the albums catchy chorus line “When this thing breaks I will be you, you will be me”. Soon enough the lead guitar part comes back leading to the heavy drums and riffs mixed with some clever electronic parts. The song was such a big hit with the band it was to be released as their first single for the album and was an instant hit with fans and showed a heavier, catchy sound from the band.

Not only does the album bring some heavy riffs it also lets keyboardist Chris Dudley work his magic on the songs, not only bringing an atmospheric feel on certain tracks but a whole song of his own creation. ‘Desolate Earth: The End Is Here’ is a slow synth led song with an alluring and mesmerising cello and violin lead ringing out at the end. The the drums and lead guitar comes in as Spencer screams distantly in the background “You said there was nothing left down here/Well I roamed around the wasteland and I swear I found something/I found hope, I found God, I found the dreams of the believers/The dreams of the believers/Oh God save us all”. These lyrics clearly showing the belief in God and the strength in which the band give listeners from their music.

Overall the album to me is perfect Underoath; it showcases all the best aspects Underoath brought to the genre. Becoming critically acclaimed it gained 5/5 and 95%+ reviews from various magazines around the world clearly showing the high calibre of the album.

This album came into my life at a difficult time, choosing what University I wanted to go to was hard for me but when I listened to this album my thoughts became a lot clearer. If it wasn’t for this album I wouldn’t have gone to University, I wouldn’t be where I am today and I wouldn’t have a love for so many other bands similar to Underoath. The day I found out Underoath were calling it a day my heart sank as they meant so much to me and still will mean alot to me. To Underoath, all I say is thank you for helping me in hard times, thank you for the many live gigs but most importantly thank you for this album.