Versus: NOFX – ‘Pump Up The Valuum’ VS ‘The War On Errorism’ 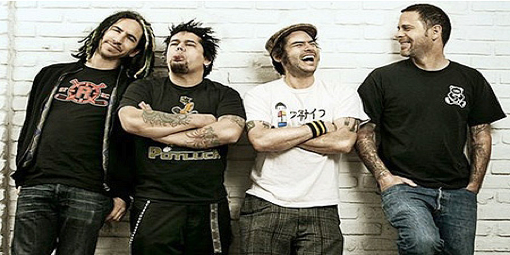 Oh man, punk. How awesome, right? Sticking it to the man with a middle finger salute, skating, drinking; the works. And of course, all that energy fuelled into fast paced songs to rip your balls off whilst sticking it the man with a middle finger salute/skating/drinking. Who better to lead the carnage than Fat Mike and those other polite gentleman in NOFX.

After a break in our schedule we’re back this week to give to you the latest instalment of Versus and yeah, it’s all about NOFX. Colin Henderson had no doubt that ‘Pump Up The Valuum’ would be his weapon of choice whereas Richard Heaven just about managed to decide on ‘The War On Errorism’. Let the games begin!

Prior to listening to that album I’d never really considered myself much of a music fan. I’d heard bands like Green Day and Blink-182 but only tested the water and usually only listened to bands that were popular at the time and never had a sense of attachment to any of them.

It was probably around 2002 when I first came across ‘Pump Up The Valuum’; I was big into skateboarding and was generally doing your typical teenage boy thing. I’d got my first bass guitar around this time and was looking for some songs to play along to. The first NOFX song I actually heard was ‘Stickin’ In My Eye’ from the album ‘White Trash Two Heebs And A Bean’ (Another of my preferred albums of theirs) which I heard from watching the ‘P-Rock’ TV channel. I liked this song, and I thought I like the sound of this band I’m going to listen to more of this. I walked into the local music zone shop and picked up ‘Pump Up The Valuum’. Now I’m going to be honest here, I picked that album because of the rather striking artwork it has and the range of NOFX albums available was rather limited. I definitely did judge albums by their cover back then, and this one looked highly amusing to a 15 year old boy. I took it home and listened to it over and again. Bloody hell it was stuck in my CD walkman for a very long time. I listened to that CD before school, after school and any time I could.

The album starts with a dose of self-deprecating humour and in typical NOFX fashion it’s straight down to business. Second track ‘Take Two Placebos And Call Me Lame’ wastes no time in showcasing the NOFX sound I’ve since grown to absolutely love. There are bags of breakneck drumming on offer and what I’d class as their trademark guitar sound; fast riffs, plenty of wah-wah pedal action and blistering guitar solos. Then of course Fat Mike’s witty way with words. This continues throughout the entire album and generally has been a massive part of their career and appeal. For me NOFX made me feel like it was possible to achieve something, what that something is I’m still trying to work out.

I’ve not got any fancy way with words or anything clever to say as to why I really rate this album, but I just do. It might be because I found it at a time when I was looking for a great album. It might be because it was the first NOFX album I purchased and the only NOFX album I owned for a while. I felt proud to own that album and still do. I’m actually onto my third copy of that CD.

Since I bought that album I’ve collected nearly all their albums on CD but ‘Pump Up The Valuum’ is the only one I’ve consistently enjoyed. It’s a staple part of my iPod music collection to this day. I regularly listen to it; I find it’s a bloody great album for early in the morning. Put that record on when you’re getting ready and I think you’ll find your day will be bloody excellent. It’s the power of music really, some albums make us pumped up (oh see what I did there?) and some don’t. It’s all science really, and you can’t argue with science now can you?

For me ‘Pump Up The Valuum’ did an awful lot, it opened me up to a new world of bands; Bad Religion, Rancid and most of the bands on the Fat Wreck-Chords roster at a time when music became a massive part of my life. Over the years my music has evolved as I discover new music and some of the other bands mentioned I barely listen to anymore. However NOFX have remained the one constant. I’m not sure why either, but they have. NOFX have kept me very entertained over the years.

I honestly believe NOFX are the best rubbish band around. It never seems like they’re actually trying. On paper you have a bunch of middle-aged, overweight punk fans that are mostly a bit drunk. Yet they’re able to effortlessly create catchy and witty music whilst offering some sort of social commentary.

I could go on and on for days about how “this one time I did this, and this other time I did that” whilst listening to ‘Pump Up The Valuum’ and bore everyone to tears with inane anecdotes about how much I love this album but I won’t. I just really bloody rate this album and it’s in my top ten favourite albums. Do you really think I’d have it in my top ten albums if I didn’t like it? Exactly. Surely that’s enough reason to give this album your time of day.

Go on, you won’t regret it.

‘The War On Errorism’ (by Richard Heaven)
I feel that this article deserves a disclaimer – my opinions are not set in stone. In fact, they change almost weekly. Today I feel like arguing that ’War On Errorism’is the best NOFX album. Tomorrow I might prefer ’Punk In Drublic’. Who knows, I might even argue for ‘Coaster’... no, let’s be sensible, that’s never going to happen. Let’s forget that ’Coaster’ ever happened.

‘The War On Errorism’ is NOFX’s ninth studio album, released a year prior to the Fat Mike initiated Rock Against Bush tour. It is arguably one of NOFX’s most political albums (well, as seriously political as NOFX get) with the opening volley of ‘The Separation Of Church And Skate’, ‘The Irrationality Of Rationali’, ‘Franco Un-American’ and ‘The Idiots Are Taking Over’ all taking shots at the influence of religion on American politics and misplaced national pride. It also showcases the more modern skater punk sound NOFX would continue to champion post year 2000.

If this all sounds a little too heavy for the NOFX you fell in love with after hearing ‘So Long And Thanks For All The Shoes’, do not fret – ‘She’s Nubs’ is a humorous tribute to a disabled punk fan whilst ‘We Got Two Jealous Agains’ and ’13 Stitches’ are fast skater punk tales from Fat Mike’s past. That isn’t to say that every track on Errorism is classic NOFX – ‘Anarchy Camp’ (and to a lesser extent, ‘Mattersville’) could both be considered filler but, in the grand scheme of NOFX albums, I don’t think many other releases gets it right quite so much as ‘The War On Errorism’.

In short, give it to your kid brother or sister and get them into punk. It’s the perfect gateway drug.