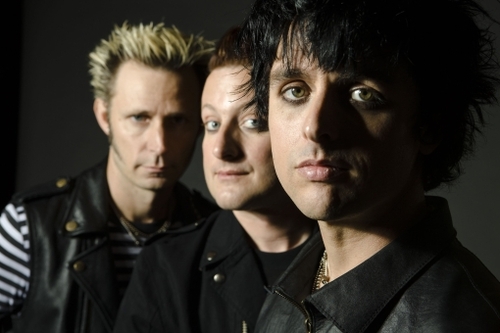 Quite a few times these pieces have been started with saying ‘this band is pretty big!’ or something along those lines, but I really can’t imagine people not having heard of Green Day. The punk band formed way back in 1987 and Billie Joe, Mike Dirnt and Tre Cool are now 11 studio albums behind them with various compilations, live works and even a broadway musical all tucked nicely under their belt.

‘Dookie’ is the fan favourite from those who were with Green Day way back in ’94, whereas ‘American Idiot’ saw the band achieve mainstream success. However, we want to know which one is the better! What do you think? Sarah Russel digs ‘Dookie’ and Mikey Brown favours the conceptual nature of ‘American Idiot’ Read on for all the details.

What do you consider Green Day’s best album and why?  Let us know on our Facebook and Twitter pages.

Dookie (by Sarah Russel)
Although I haven’t been a fan of the past two Green Day albums, it’s fair to say that each of their previous records have all had their significant impact on me. They were the first real rock band I had gotten into and after saving up and buying their records, my love for music really began. I spent practically every day as a teenager listening to Green Day, and ‘Dookie’was in particular an album I felt a real connection to.

‘Dookie’ really is the epitome of adolescence; it just about captures what almost every teenager goes through: frustration, boredom, growing up and love; and for that, it will always be an album full of nostalgia.

It was the album that propelled the band into the spotlight, earning themselves a Grammy; and since the release, ’Dookie’ has earned it’s place in countless lists such as Rolling Stone’s ‘The 500 Greatest Albums of All Time’.

Something has to be said for the fact that tracks such as ‘Basket Case’ and ‘Welcome To Paradise’ are still wildly popular with fans. Moreover, they’re still cemented into the bands setlist; thus proving that no matter how much time has passed, ‘Dookie’ continues to be a timeless album.

Last year, Green Day played a secret set at Reading Festival, as well as an intimate set at Shepard’s Bush Empire; rumours around that period were rife that Green Day were set to play‘Dookie’ in full; I remember the excitement on the internet of people going to those shows, about how amazing it would be to see the band play this album in full. What you have to bear in mind here, is that ‘Dookie’ had already been out an incredible 18 YEARS, yet the thought of seeing the band play that album in full excited fans as if it had been released the same year.

The record itself, is 15 tracks (If you count ‘All By Myself’ as a separate track to F.O.D) of pure unabashed pop-punk. Messy and imperfect it may be, but it’s such a huge representation of feelings we’ve all been through and it will always remain an iconic album in rock music.

American Idiot (by Mikey Brown)
I do imagine so that a lot of people will instantly dismiss any following words I type on behalf of ‘American Idiot’. You’re still here? Grand job old chap! Now the thing is, right, is that ‘American Idiot’ is the album that I most connected to as a teenager and it certainly opened up the world of Green Day to a whole new generation of fans. I was thirteen and finding my feet in an immense musical world.

Of course this meant that ‘American Idiot’ was the soundtrack to many bus journeys to and from high school (supplied initially by my trusty iRiver CD player which was bulky, yellow and quite frankly indestructible). It was such a regular occurrence that those lyrics, but more specifically Tre’s drum fills, were slowly seeping into my mind. I was learning guitar at the time so quite a few of the songs were learnt for my enjoyment and even to jam with a friend. We were both inspired by another friend whose idol was Billy Joe; his band covered ‘Jesus Of Suburbia’, the 9 minute epic about the lead character (more on that to come). I’m pretty sure they did ‘American Idiot’ and ‘Holiday’ but to our band and to everyone from school who came to watch them, the fact that they had learn a 9 minute song was quite unbelievable for some reason.

What’s most interesting then about the band’s seventh studio album (yeah, seventh, and it’s nearly 10 years old) is that it’s proclaimed to be a rock opera. Yep. Go back and read those two words again if you need to. It seemed that the band had grown up. Now, I am a fan of concept albums. I love the idea of concept albums and whilst ‘American Idiot’ isn’t the best concept album I’ve ever heard, musically or in terms of the narrative, it was an interesting take on things from Billie Joe and his trio. It took a while but the rock opera even made it’s way to stage. I was lucky enough to see it earlier this year and it was rather… interesting. It certainly gave me a better understanding of the story and in terms of a musical it was quite interesting. Yeah, I keep going with interesting…

In musical terms it wasn’t great, but I went being a fan of the album and was quite keen on some nostalgia from nearly a whole decade ago. It was on this level that it was rather brilliant as the band performing it were on stage the entire time, fitting into the scenery and adding a whole new level and dimension to the dynamics of the story. This, combined with the fact that the songs had been injected with some kind of super serum meant that the cast harmonies were delivered in an angelic choir of auditory pleasure. To cut to the chase, it’s worth a watch if you’re a fan of the album but not so much if you’re a fan of musicals.

It was brave. ‘American Idiot’ was a brave, not really punk album by a punk band and if anything, it was pretty punk of them to do it. And considering the album has sold over 15 million copies worldwide none of the band can really go by the album name. You go Green Day.

What do you consider Green Day’s best album and why?  Let us know on our Facebook and Twitter pages.