For this month’s edition of Under The Radar, we look at new releases from Like Satellites, Toreador, Kurokuma, Creature, and The Shrine. 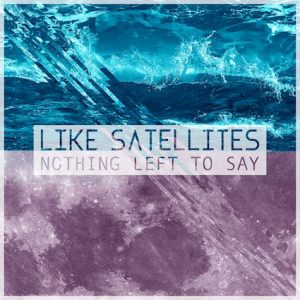 Toronto’s Like Satellites are a rock-pop quartet that is very much the baby of singer Leah Gillespie, whose debut EP combines radio-friendly pop melodies with an alternative, almost punk-pop edge. They seem to be aiming for that sun shining, windows rolled down, sing along to the soaring chorus vibe as they rock their way through their heartfelt songs of love and loss. Although their formulaic songwriting is far from the danger zone of innovation, they do succeed in putting together a nice tune or two as they nail their rousing refrains.

‘Catch My Breath’ opens with a punchy, familiar-sounding, selection of hooks before the punk-pop-ish ‘Renegade’ bounces into view. Leah seems to enjoy experimenting with the delivery of her fine voice, with a rapid-fire section here and there to add an element of surprise, but the melodies are down such a well-trodden path that it leaves a sense of deja-vu. However, ‘Anchor’, which has a slightly darker feel, is well-put-together and hints at a more serious direction that could prove more fertile ground for them to explore a deeper sense of emotion. ‘Take This’ is then disposable Avril-esque skater trash before the rousing hook of ‘Homesick’. CA then succeeds in capturing that post-summer, road trip vibe and makes for a pleasant finale.

All in all, they are pretty easy on the ear, sounding like they have always been around, and Leah obviously has a fine voice and is backed by fine musicians, so if you fancy something low maintenance, you could do a lot worse.

‘Nothing Left to Say’ by Like Satellites is out now. 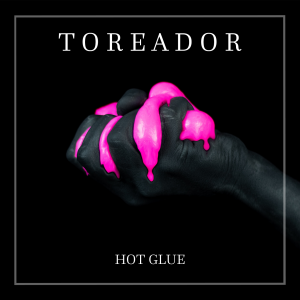 Yet another band out of the ever vibrant Southampton scene, Toreador are a powerful three-piece combining heavy distortion and hard-rocking melody in a likeable blend of no-nonsense alternative rock. There is a certain Frank Carter meets QOTSA quality about them, which translates into fuzzy sounding head shakers that, while not exactly groundbreaking, are slickly done and succeed in sounding fresh and pretty damn enjoyable. It’s easy to imagine them in the live arena as they surely make a sweatbox out of the confines of places like the Joiners, yet they have enough to their sound to also work on bigger stages.

‘Get a Grip’ makes for a bouncy, bass-heavy opener with a wonderfully booming riff, frontman Jack Wilson showing plenty of swagger to his delivery. ‘Right Here Waiting’ then reveals a more emotive side before the slow-boiling ‘Grenade’ bumps and grinds along in heavy rocking style. Further listens reveal a history of British music vying for attention between the lines, be it a subtle hint of Britpop to the arrangements or a more overt classic rock feel to the overall sound. It all translates into a likeable noise, even the slightly run-of-the-mill title track works, while ‘Ashes’ is particularly snappy as it delivers a classy sounding chorus. ‘Be Your Fool’ closes out the EP on a heavier vibe with a glorious grinding riff and a mid-paced groove to what is essentially a well-disguised love song. Classy stuff. Great little record.

‘Hot Glue’ EP by Toreador is out now. 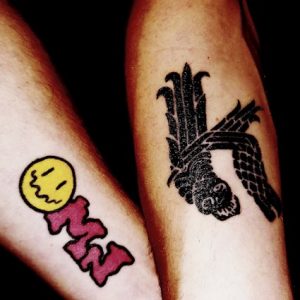 Sheffield trio Kurokuma are in a musical category all their own, operating somewhere between the lines of doom and deep trap; their avant-garde penchant for doing whatever the fuck they want making their oddly-titled third EP a compelling listen. ‘Sheffield’s Best Metal Bands Vol. 1’ is a mere four tracks long, but weighs in at a mighty 24 minutes as they meander through their pulsating blend of darkly powerful music, with an array of massive riffs, mind-bending psychedelia and all round head fucking. Despite being well outside the normal comfort zone of alternative rock, it does have plenty to offer and is accessible – it is just more of an experience than a straightforward listen.

An atmospheric intro and the squawk of crows leads us into ‘RVN’, which kicks it all off with six minutes of hypnotic bass and doom-laden heavy riffing underpinning the flurry of face-melting vocals. The instrumental ‘Wasp Nest’ follows in sinister brain-tingling style; meandering along with crashing chords, rumbling bass and some interesting rhythmic touches, most likely designed to make it feel like a wasp’s nest. We then get a ten minute version of Jamiroquai’s ‘Deeper Underground’, which, thankfully, bears absolutely zero resemblance to the original as it starts out with a sonic attack of grinding guitar noise, think Meshuggah on acid, before a heavy arse riff and shouted vocals rock the song proper in a slow drive of hypnotic fury. ‘Wasp Nest’ returns in what they term the ‘Memphis Edit’, which plays like an ambient trap version as it buzzes around the listener’s head while two old fellas from the deep south discuss bees. Despite the somewhat bizarre slant of the record, it isn’t a difficult listen, so if you like a bit of extreme guitar music and a penchant for messing about a bit, check it out.

‘Sheffield’s Best Metal Bands Vol. 1’ EP by Kurokuma is out now on Off Me Nut Records. 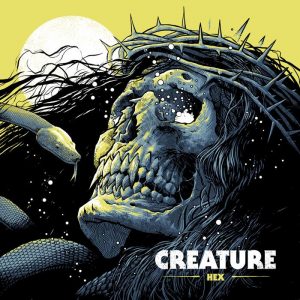 Bands really should do a little research before naming themselves, as searching for this lot will spring up a whole bunch of bands from Canadian pop-rock to German metallers. Should’ve called themselves Hex. Anyway, name complaints aside, Brummie trio, Creature (or Hex if you prefer!), are all about slapping you hard about the head with their authentic brand of raw power. This is, apparently, the first of a trilogy of EPs emphasizing the humanity of art and boy are they going for it. Four tracks. Eight minutes. Blink and you’ll miss it.

‘Witch’s Grip’ opens to a kick-ass riff and furious rhythms, with a hardcore scream to the vocals and plenty of twists and turns it is 1m44 of head-fucking fury. ‘Liquid Gold’ follows with relentless riffing and raging bursts of kick drum to punctuate the sonic assault. ‘Crestfallen’ has another killer riff and its darker arrangement makes it obvious that they know what they are doing and can certainly play a bit, they just seem to be cramming everything into the shortest time possible – think Heck in a hurry! ‘Blackness’ winds it all up with just over a minute of snappy riffing and hardcore screaming. To be sure, this is an intense eight minutes of raw, pure, unadulterated humanity and is simply glorious. Listen to it!

‘Hex’ EP by Creature is out now on Grey Ghost Records. 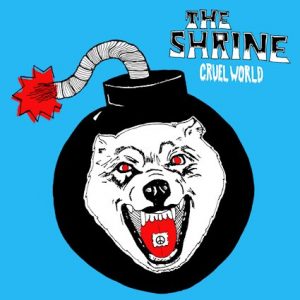 L.A rockers The Shrine have been kicking around the Venice Beach skate scene, playing their unapologetically 70s/80s influenced brand of dirty blues-rock for years. With new bass player Corey Parks in tow and having just finished a European tour, there is a renewed vigour to the Dogtowners, whose recent warehouse release party was quite the event. As such, their latest EP, ‘Cruel World’ serves up four slices of no-nonsense hard rocking tunes that are very easy on the ear.

The title track kicks off to a chugging riff and a filthy mid-paced groove before the locomotive that is ‘Dance on a Razor’s Edge’ piledrives its relentless riffing down the listener’s throat. They may have a throwback element to them, but the pure, straight ahead rock n roll of their sleazy blues sound is irresistible. ‘Taste of Blood’ follows with a riff structure not dissimilar to very early bay area thrash, but frontman Josh Landau’s voice is much more hard rock, making even their heaviest tracks accessible. ‘She is Never Satisfied’ closes with a head-spinning riff and another relentless race to the finish line to wind it all up in fine style. If you like a bit of riff mania, this record is unmissable. Pure class.

‘Cruel World’ EP by The Shrine is out now.