For this month’s edition of Under The Radar, we look at new releases from Circle of Crows, Sleeping Seasons, Concrete Kingdoms, Tenements, and High Visions. 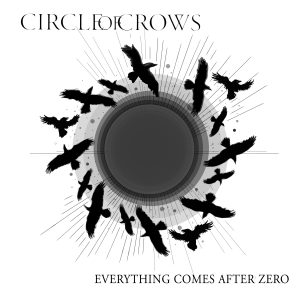 Circle of Crows – Everything Comes After Zero EP

There is a distinctly classy feel to this assured debut EP from Newquay power trio Circle of Crows. Their muscular, rock sound is refreshingly heavy; boasting some serious head-banging riffage, while the songs themselves are engaging and memorable, with interestingly worked arrangements, quality vocals and just the right dosage of killer hooks. It’s nice to see a band intent on playing the music they like rather than simply following the ubiquitous alt-rock formula.

For an EP, it is quite a lengthy affair at six tracks, especially with numbers like opener ‘How to Wait for Nothing’ and the epic sounding ‘Into the Sun’ coming in at over five minutes. They are contrasted by the punchy title track and the driving hard rock groove of ‘Nightmare Cinema’ though, while the mid-tempo rock of ‘Broken Children’ oozes quality. Nevertheless, it is the cracking seven minutes of the reflective ‘Open Doors, that steals the show, taking its time to brood atmospherically in true rock ballad style, before slowly picking it’s way into a soaring finale. Quality.

‘Everything Comes After Zero’ EP by Circle of Crows is out now. 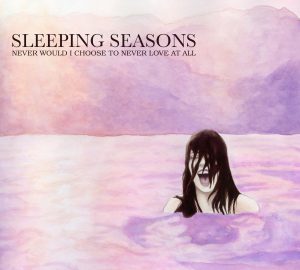 Sleeping Seasons – Never Would I Choose to Never Love at All

Sleeping Seasons is a long-term project, which having finally settled on a stable line-up after some six years of turbulence, is finally releasing debut album ‘Never Would I Choose to Never Love at All’. The quartet from Memphis, Tennessee, are following up last year’s well-received ‘Tired Bodies’ EP with ten tracks of heartfelt indie-rock, with a slight emo-pop-punk tilt between the lines. It all makes for a pleasant, if familiar, middle American college sound with a slight edginess that sets it apart from the more whimsical sounding bands.

‘Rearview Mirror’ and ‘1421’ are good examples of the rawness the punk undercurrent adds, although the lazy indie vibe of opener ‘Murray’ also has a distinctly rough edge to the chorus. These are offset by the more sensitive side they display on tracks like ‘Dear Best Friend’ and the bittersweet ‘The Publisher’. On the whole, they manage to find a nice balance between their influences; their punky edge (especially to the bass lines), their melodic indie side and the gut-wrenching emotion of their odes to love lost all combine to produce a bunch of engaging tracks that are well worth a listen, especially on the more attacking ‘Happy Brains’ and the well-written ‘Things that Scare Us’. Nice record.

‘Never Would I Choose to Never Love at All’ by Sleeping Seasons is out now on Innerstrength Records. 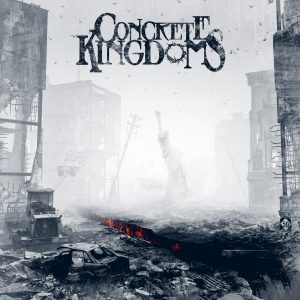 There is an unmistakable air of classic rock about the eponymous debut EP from Fife rockers, Concrete Kingdoms, what with the driving riffs, blistering solos and hooky choruses. Everything is proficiently executed and they make a pleasant enough racket that is sure to go down a storm in your local sweatbox venue with the sticky floor. However, with only four tracks on offer, five if you count the radio edit of single ‘Time to Play’, it is hard to see if they have what it takes to go beyond the
faithful thousand followers.

It is the single that kicks it all off with a riff straight out of the British hard rock playbook and with a chorus to match. It’s pretty easy on the ear though and boasts some nice guitar work from Ben Fraser and Mark Faulds, who are consistently good throughout. ‘Die this Day’ has a little more to it than the straightforward riffing of ‘Speed Demon’, while ‘Same Old Same’ mixes it all up a bit as they throw in a slower groove and a touch of piano to good effect. Nevertheless, all the songs are cut from similar cloth and are not exactly groundbreaking, but they do succeed in showcasing the band’s talent. So, if you’re in the market for something new with an old school feel, give them a go. 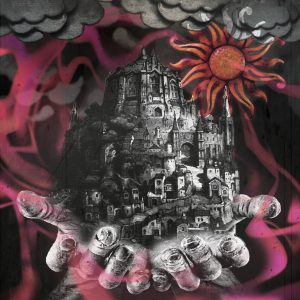 Tenements – What Doesn’t Kill You Is Only Getting Stronger EP

Tenements are a post-hardcore quintet from Glasgow whose new EP, ‘What Doesn’t Kill You Is Only Getting Stronger’, is actually eight tracks long and takes the listener on a stylistic roller coaster ride. In general, they favour an aggressive attacking style with plenty of guttural vocals, although they also know how to nail a hook and are perfectly capable of mixing it up with an atmospheric interlude or an unexpected switch-up to keep it interesting.

Despite the occasional predictable track like ‘You Could’ve Fooled Me’, most of what is on offer is mighty fine. For instance, ‘The Fear’, is a hectic work-out of hard-hitting aggression, while ‘Thoughts and Prayers’ is classy as hell with its ever-shifting arrangement and superb contrast between the vocal parts. Also noteworthy is the excellent ‘Standing on the Backs of Angels’, but it’s the interlude of ‘Lucidity, the Clarity of Expression’ that provides one of the most stunning moments, with an Alan Watts monologue set to an atmospheric soundtrack that soars magnificently. All told, Tenements are certainly an interesting proposition especially if they keep exploring their interesting songwriting.

‘What Doesn’t Kill You Is Only Getting Stronger’ EP by Tenements is out now.

The raucous, emo-tinged, frantic pop-punk of Leeds trio, High Visions, makes for a delightfully punky listen. ‘Passerby’ is their sophomore EP and features six punchy numbers tackling themes like mental health, self-improvement and abuse in a truly engaging style. There is a kind of abandon to their structures as they take in influences from hardcore skate music to latter-day pop-punk. The overall result is an extremely listenable EP that’s well worth playing over and over.

Opener, ‘Miss You’ sets a hectic pace from the off, before the truly classy ‘Three Years Away’ delivers in superb style with some great work on the vocal melodies. Single ‘Grave Mistake’ is a familiar sounding, yet well-worked number with a great chorus. They show a little more muscle on the latter half; there’s the thrashy ‘Shit Out of Luck’ with its hardcore tinged vocals and the disjointed punk feel of ‘Coffee Shop Thoughts’ with its rousing finale. Sandwiched in the middle of it all is the irony-tinged take on gender issues ‘Duluth’ – well played. Great record.

‘Passerby’ EP by High Visions is out now