For this edition of Under The Radar, we look at new releases from Black Stone Cherry , PIJN, The Young Hearts, Sciatic Nerve, Sea In The Sky Huxtable, and Black Cat Bones. 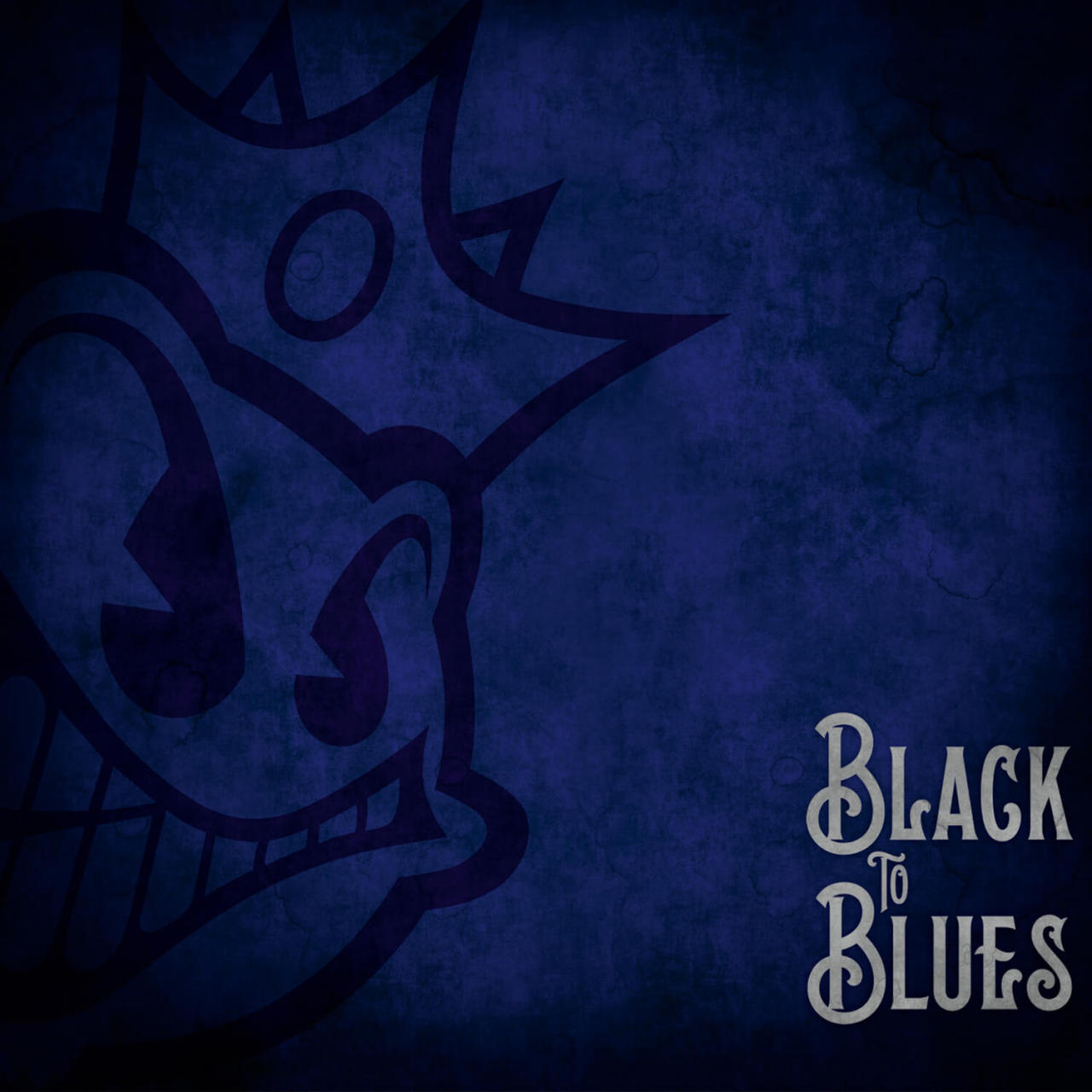 Kentucky hard rock veterans Black Stone Cherry are exploring some of their influences on their latest release, ‘Black to Blues’ EP, with a selection of blues covers from the likes of Muddy Waters, Howling Wolf and Albert King. What you get is a quality southern rock workout on standards like ‘Champagne and Reefer’, ‘Built for Comfort’ and ‘Hoochie Coochie Man’, vocalist Chris Robertson putting in a particularly good performance, while the guitars add some hard rock muscle to the more traditional rhythms.

Basically, it sounds pretty much as expected and makes for an enjoyable listen, the jazzy ‘I Want To Be Loved’ proving especially likeable. For younger rock fans it’s an interesting introduction to the blues, as they easily trace the path from traditional R&B to the gritty rock sounds of today, and whether you know the songs or not it’s a quality workout and well worth a listen.

‘Black to Blues’ EP by Black Stone Cherry is out on September 29th on Mascot Records. 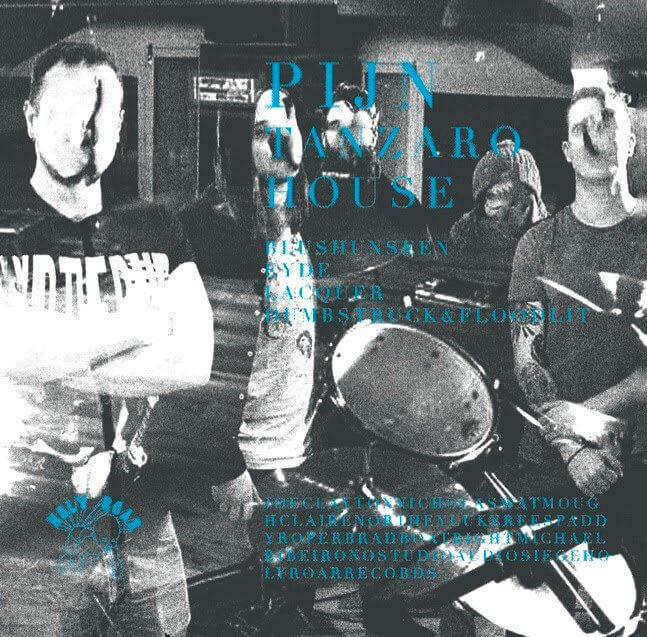 You’ve gotta hand it to PIJN. Producing a four-track EP that weighs in at a hefty 33 minutes, was recorded live to capture the moment the band were at and is only available on cassette, is at the very least brave in today’s musical climate. But given the epic power of their largely instrumental, stunningly heavy soundscapes, this is clearly a band unwilling to compromise.

It is difficult to find the superlatives to describe the sheer immensity of the music on offer here; the 11 minute opener, coyly titled ‘Blush Unseen’, meanders at its own pace between the starkly atmospheric, thundering power chords and dirge like violins in a swathe of musical excellence that sets the tone for the rest of the record.

If you are after something a little outside the norm and like the idea of wandering down paths of darkness, this is a record you really ought to be checking out, especially when you discover that “pijn” is Dutch for pain. Sublime.

‘Tanzaro House’ EP by PIJN is out now on Holy Roar Records. 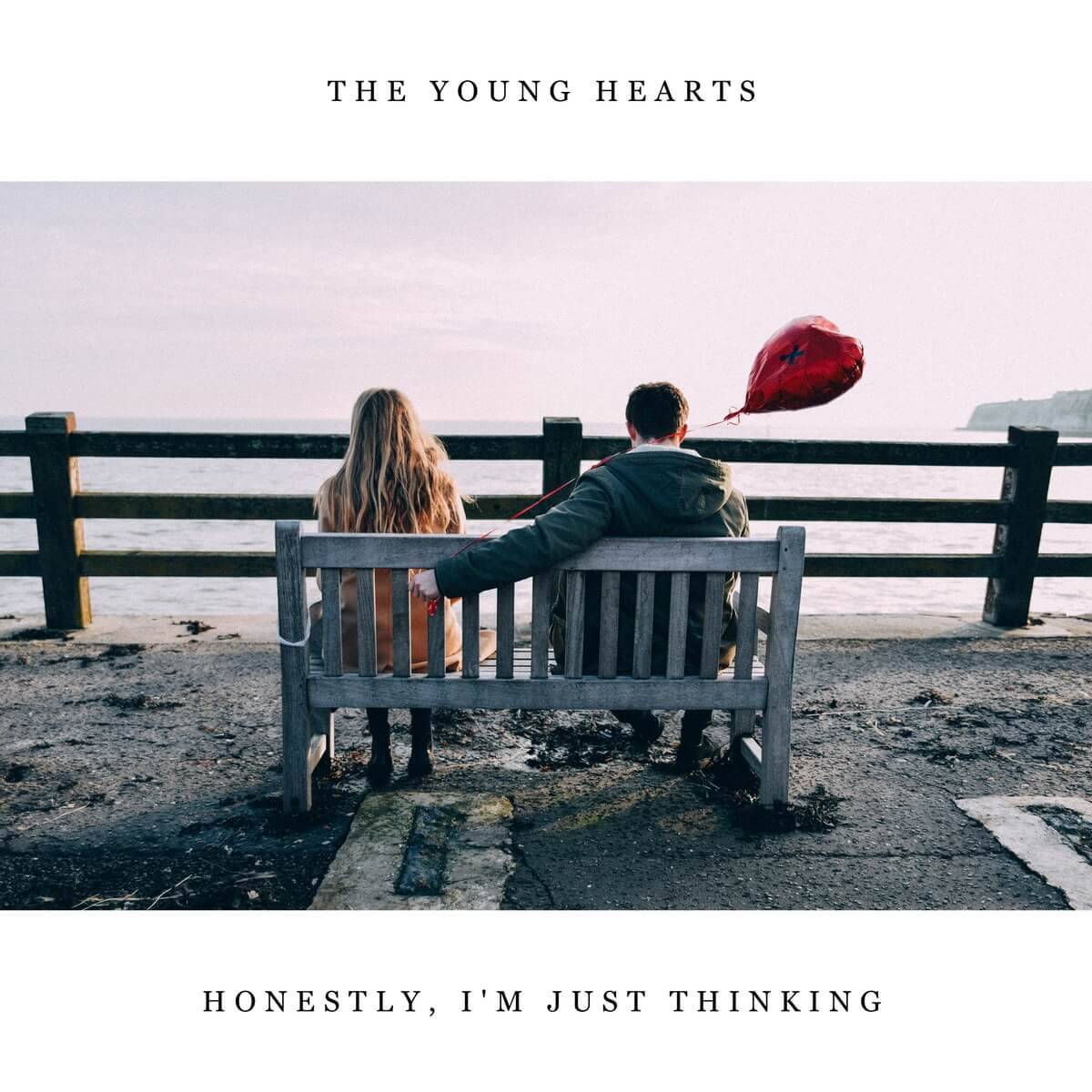 If power, energy and emotion are what makes for a quality record, then Kent based quartet The Young Hearts have come up with a killer record. Their sophomore EP, which touches on issues such as loss, pain and strife, boasts a songwriting maturity and depth of quality other upcoming alt rock/emo acts would do well to pay attention to.

From the opening chords of the reflective ‘Bloom’, with its urgent chorus, through to the heartfelt desolation of ‘October’ with its poignant finale, it is clear that these guys mean business. Their honest songs talk directly to the listener and the subtle details in the instrumentation add depth and quality to their emotive sound; whatever “it” may be, these boys certainly have it. Quality release. 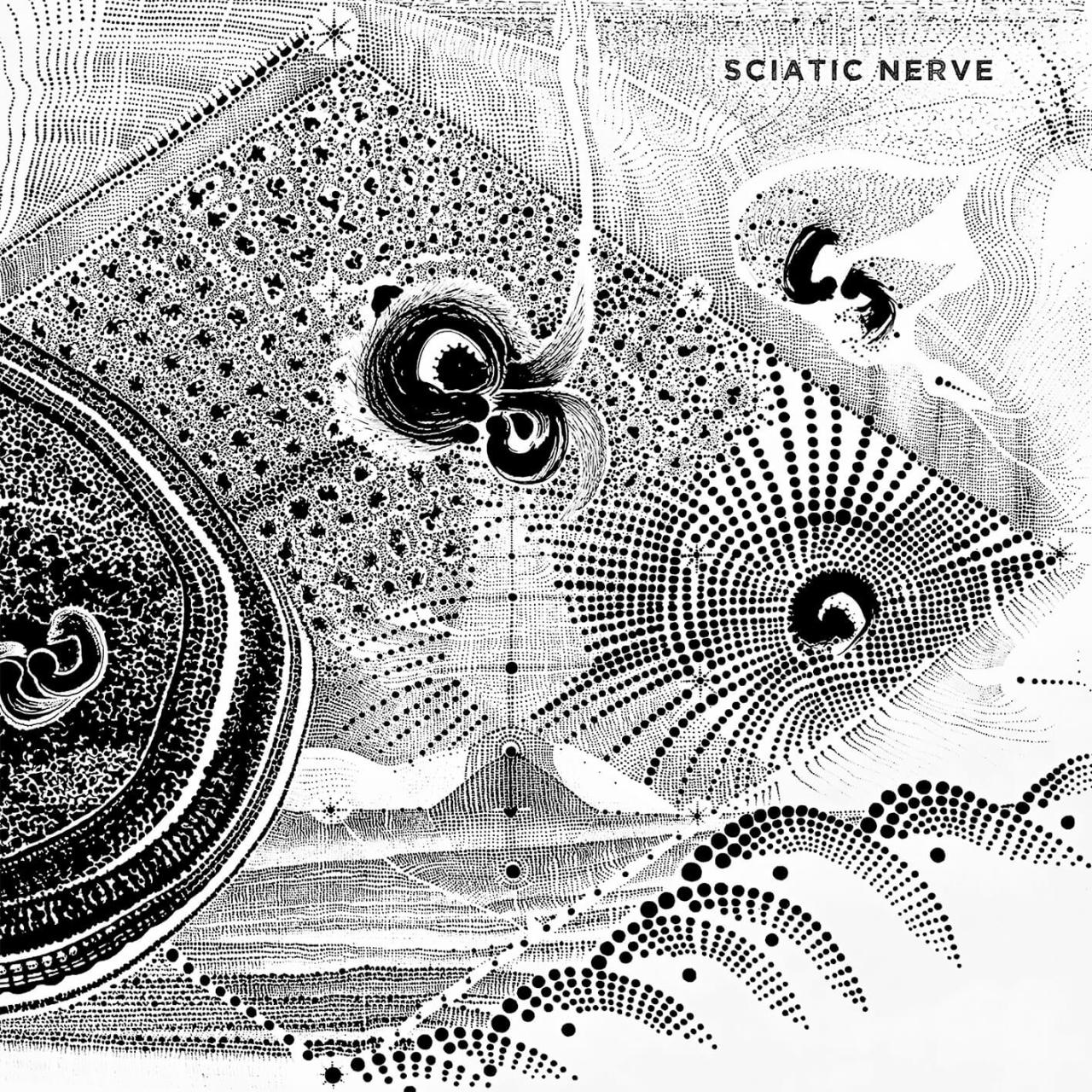 If it’s no holds barred, frantically fast, punk rock fury that pulls your trigger, then Sciatic Nerve are probably the band of your dreams. With almost every track clocking in somewhere between 30 seconds and two minutes, the Californians blast their way through the entire album in around 20 minutes as if they give the smallest of fucks.

In the words of vocalist Chris Matulich, “we have no fans, we can do whatever we want, and that feels good”, and it sure sounds good. Ok, it’s super old school, is certainly not breaking down any barriers, but it is genuinely good fun and sounds fresh and exciting. Their live show must be mental! You get these really aggressive riffs, galloping drums, plenty of shouting, the occasional melody and even screeching guitar solos and flurries of feedback. With song titles like ‘Buy a Horse’, ‘Dogs’ and ‘Things I Can Look At’, this record is nothing short of glorious. 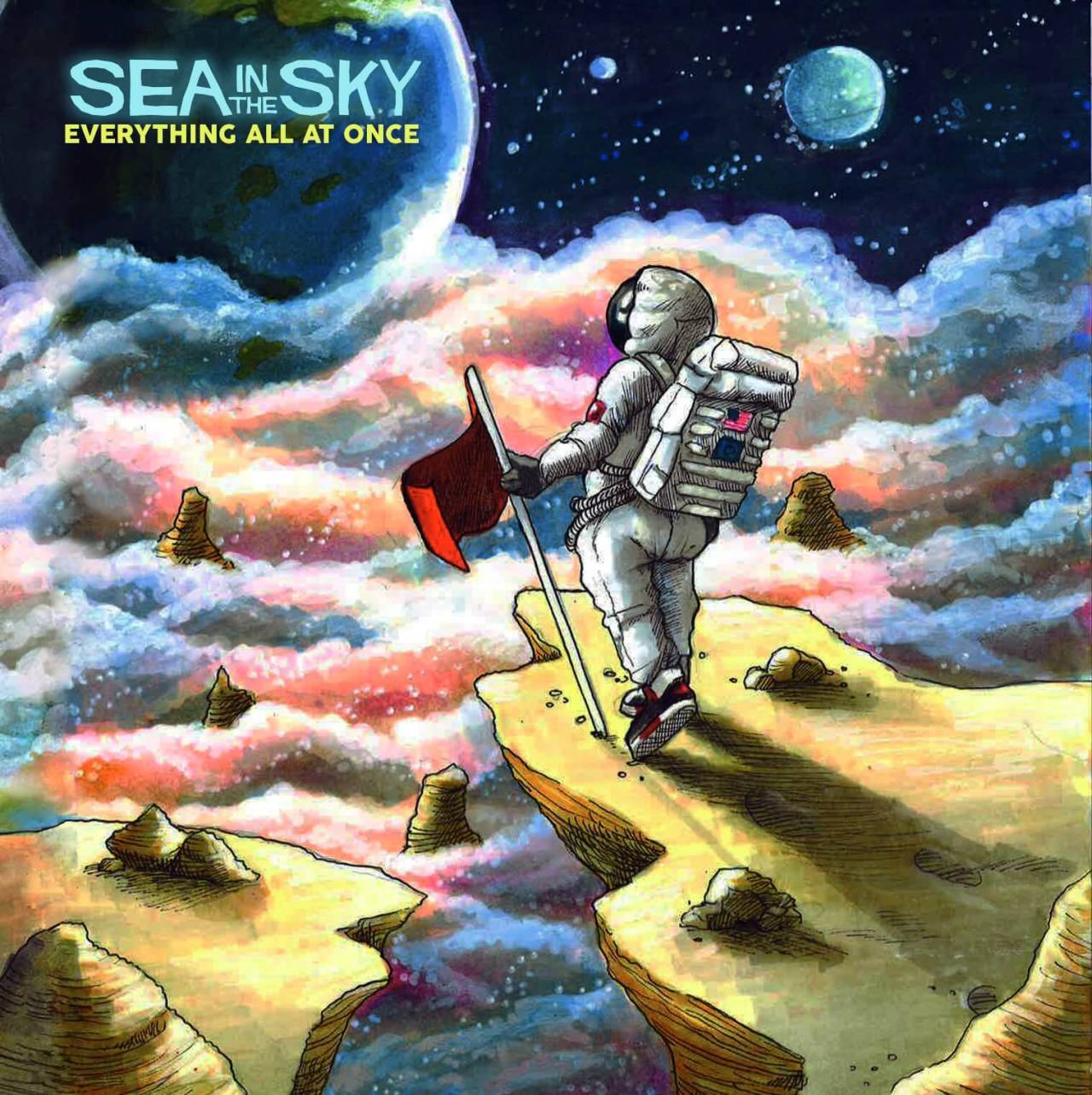 Sea In The Sky – Everything All At Once

‘Everything All At Once’ is the debut album from the Bay Area experimental alternative rock band Sea In The Sky. There is a quirkiness to their progressive blend of melodic, jazz influenced ethereal stylings as they jig through guitar heavy tracks with a nod to indie pop along the way.

At their most effective, they put an infectious tune together, as on the bubbly ‘Neck Romancer’, although at times the multi-faceted approach lends an air of confusion, making for a disjointed listen. However, there is always a market for those who enjoy something more complex, so if you like a more challenging listen that you can spend some time losing yourself inside, then tracks like the lilting ‘An Appeal To Emotion’ are worth investing some time in.

‘Everything All At Once’ by Sea In The Sky is released on 29th September.

Sea In The Sky links: Facebook|Twitter|Bandcamp 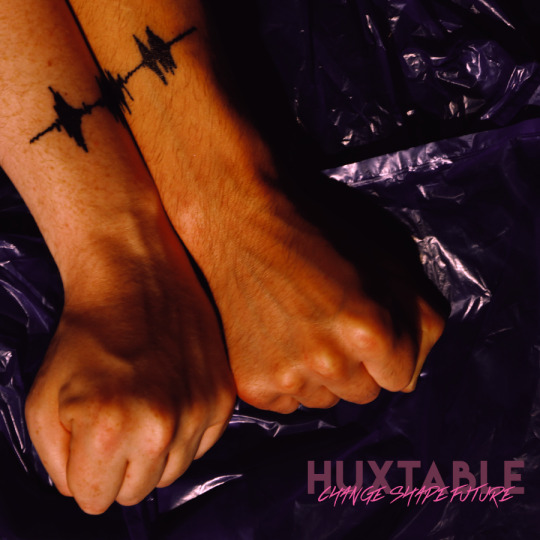 Hard-riffing alt-rock two piece Huxtable are an energetic proposition to say the least. They’ve been kicking around for a while now and latest release ‘Change Shape Future’ is sure to add to their growing fan base. They’ve been gaining a bit of notoriety for their live performances, touring hard across Scotland, perfecting the art of making a Royal Blood style racket; armed with a bag full of riffs and some pumped up beats.

It actually translates pretty well to the studio on these five attacking tracks; ‘Break It Hard’ standing out for its stoner rock riffs and pummelling rhythms, the “we’re a force you can’t ignore” line neatly summing up the band’s intent. Even so, refreshingly, they don’t take themselves too seriously; they include a kazoo to alarmingly good effect on single ‘Don’t Do Anything Fancy’. All in all, it makes for enjoyable listen, so don’t be surprised to see them getting some decent tour slots and making some serious headway. 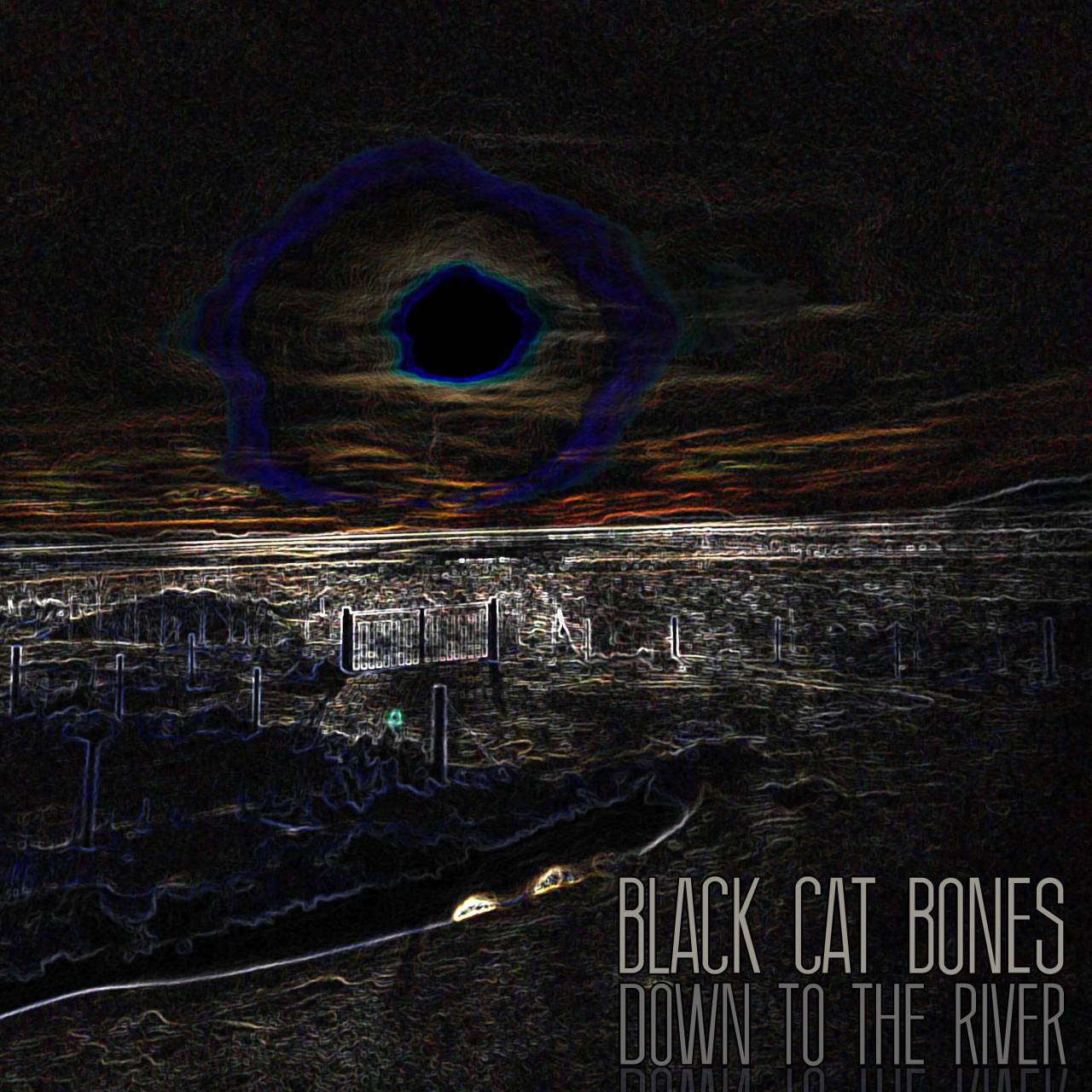 Black Cat Bones – Down To The River EP

From the opening riff, it is pretty damn obvious that Black Cat Bones have their tent pitched firmly in hard rock territory, which despite not being de rigueur, is no bad thing, especially when you have an old school axe man of Rimmer’s calibre. Boy can this fella play; crunchy riffs with the classic HR/HM sound, blazing solos and bluesy wha wha licks; ‘Lust’ being a particularly scorching example.

Aside from the guitar work being superb, Jonnie Hodson has a decent set of pipes and they know how to work an arrangement, there is just a little something missing. Although the choruses are there, especially on ‘The River’, there are not enough killer hooks, which in classic hard rock are essential. However, the EP is still enjoyable and this is a band with serious potential in a market crying out for some decent new talent, so it would be great to see them build on this base and put the final piece of the puzzle in place.

‘Down To The River’ EP by Black Cat Bones is released on 29th September.