This edition of Under The Radar is certainly worth checking out with impressive releases from Scout Killers, Vanish, Reckless Intentions, Jack the Envious, Dasher, Esprit D’Air, and Audible Joes. 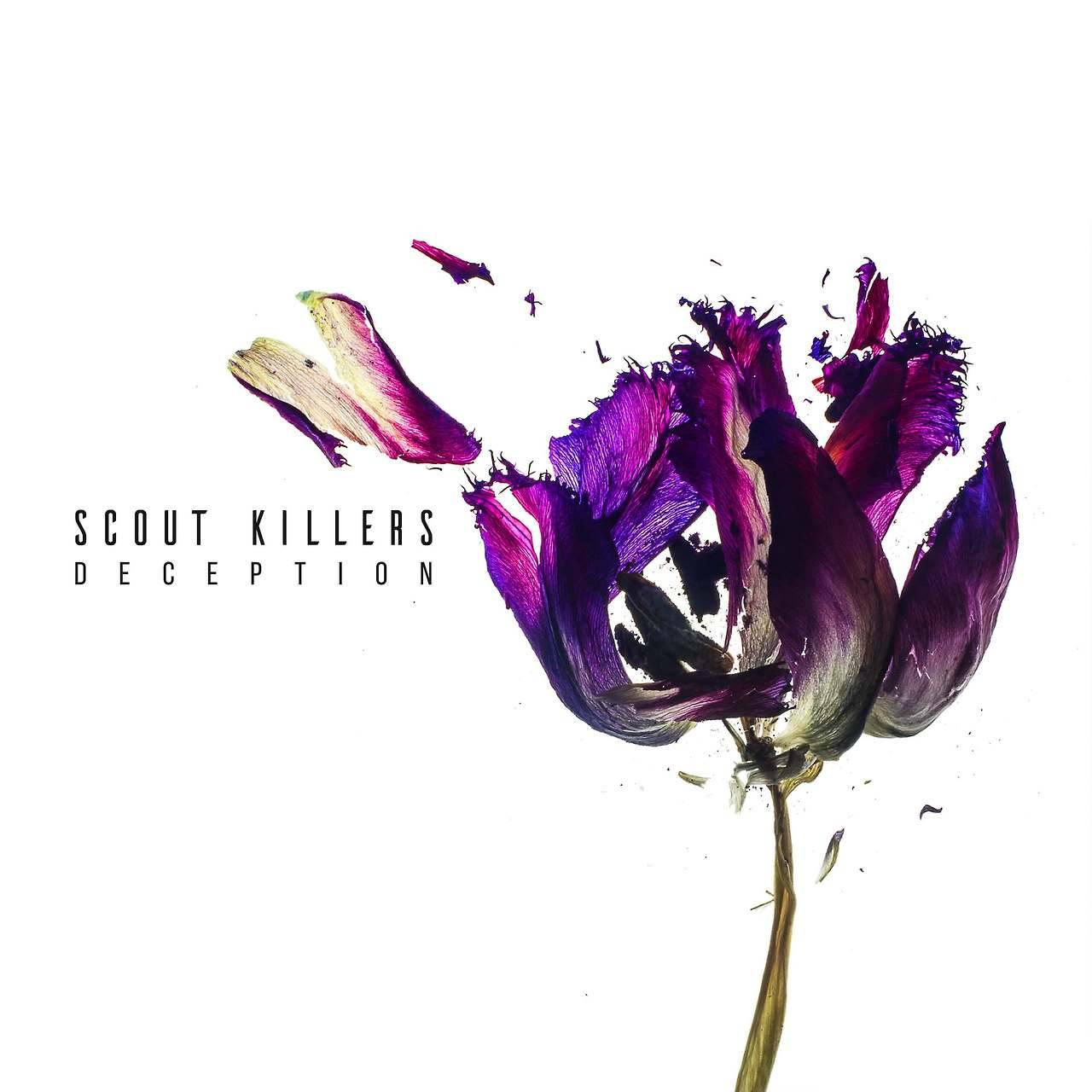 With an album, an EP and some serious road work already under their collective belt, Scout Killers have certainly been putting in the graft, and if this little gem of a record is anything to go by, it’s paying off. Despite their sound borrowing from a bunch of influences, it comes together nicely into a really likeable blend of heavy alternative rock, with Scott Cox’s excellent vocals lending a real old school feel to their heavy assed riffs.

There is definitely a swagger about ‘Deception’, as the boys from Bath confidently punch out four heavyweight tunes that could easily go toe to toe with some of the bigger names on the British rock scene. With tracks as good as massive opener ‘Freak Show’ and the excellently worked ‘You Have It All’, this is a record well worth checking out.

‘Deception’ EP by Scout Killers is out now. 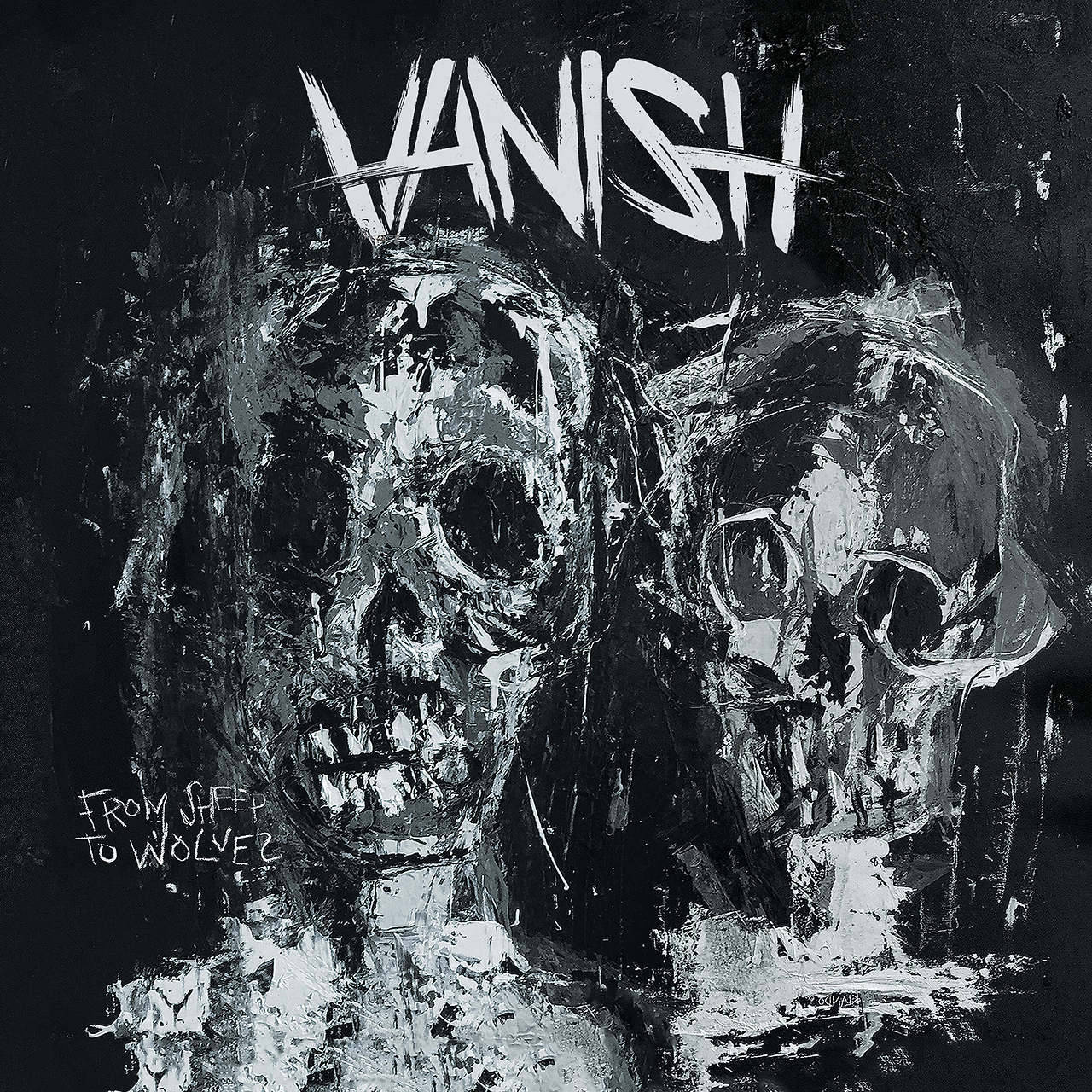 Vanish – From Sheep To Wolves

This is an assured debut from New Jersey outfit Vanish, who add a distinctly theatrical air to their epic post-hardcore sound. There is plenty happening on ‘From Sheep to Wolves’, which is a little overwhelming on first listen, but is actually mighty fine once you give it a chance, it just takes a couple of plays to get your head around all the twists and turns. If you let the meandering musical tapestries carry you, what you’ll find is a satisfying selection of stylishly delivered tracks, well worth spending some time with.

Vocalist Patrick Hamilton embodies the band’s versatility as he shifts easily between varied styles, ranging from introspective, to rapid fire, to guttural. The musical backdrop is similarly rich, with touches of piano, the occasional violin and some serious riffage. Tracks like ‘Heaven Sent / Hell Bound’ truly add a whole new dimension to post hardcore, so this work from the boys from New Jersey could well prove to be a game changer.

‘From Sheep To Wolves’ by Vanish is released on 21st July on Outerloop Records. 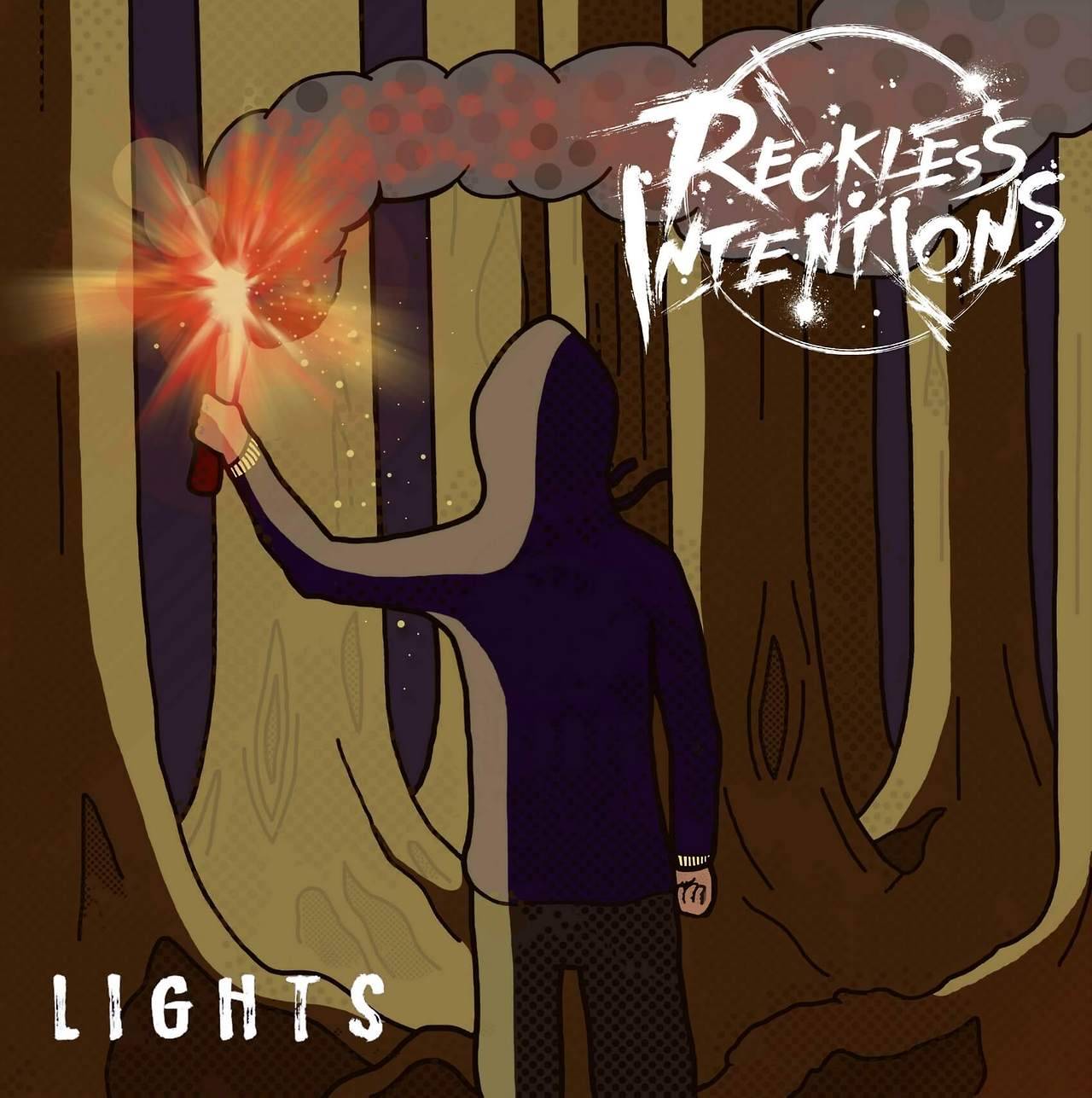 Energetic Brighton four-piece Reckless Intentions have come up with an interesting debut on ‘Lights’. They play a kind of deconstructed version of pop-punk, which thankfully avoids the usual cliché formula in favour of trying to find their own path. Sure, their inspirations and influences are lurking between the lines, but they seem to have captured their own signature sound, adding a contemporary feel that makes it an enjoyable listen.

‘Ghost Town’, for instance, is instantly catchy and rocks pretty hard, while ‘Stitches’ shows how easily they work a melody. The striking thing though, is that they have a very mature sound; they aren’t afraid to take their time on their songs and even throw in an instrumental. Good first roll of the dice.

‘Lights’ EP by Reckless Intentions is out now. 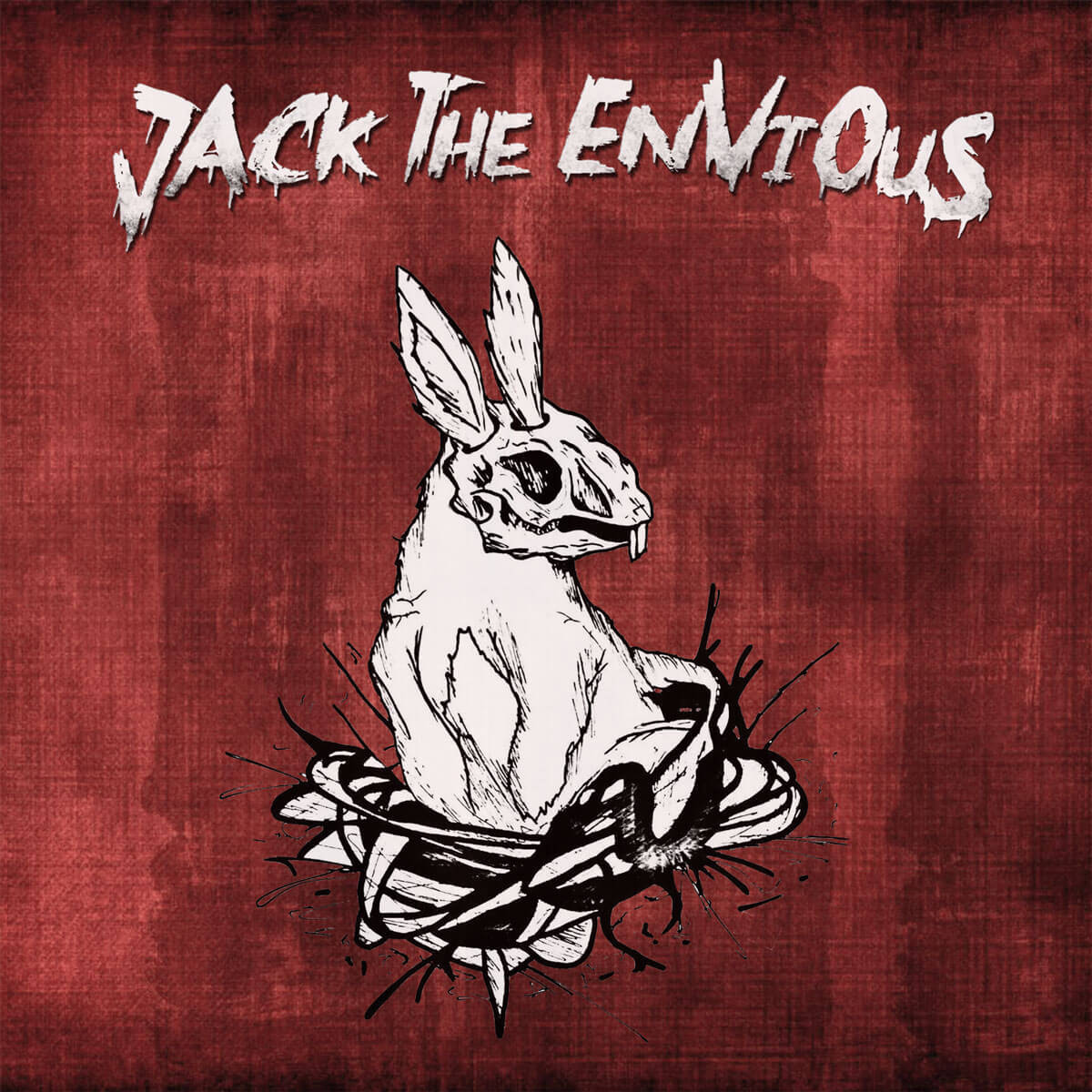 Jack the Envious – In Your Own Way EP

This is only the second EP from Jack The Envious, but the ex-military quartet have spent a few years honing their songwriting skills and their live show and it shows on ‘In Your Own Way’. There is a confident maturity about their brand of post-hardcore, so they sound like a well drilled outfit, with tracks like the massive ‘Guilty’ nailing a killer chorus, backed with soaring riffs and pummelling rhythms.

The five tunes on offer here show plenty of promise, even if they occasionally occupy familiar territory; after all it’s not everyone that can nail a hook as well as they do and still rock seriously hard. Definitely worth checking out.

‘In Your Own Way’ EP by Jack The Envious is out now. 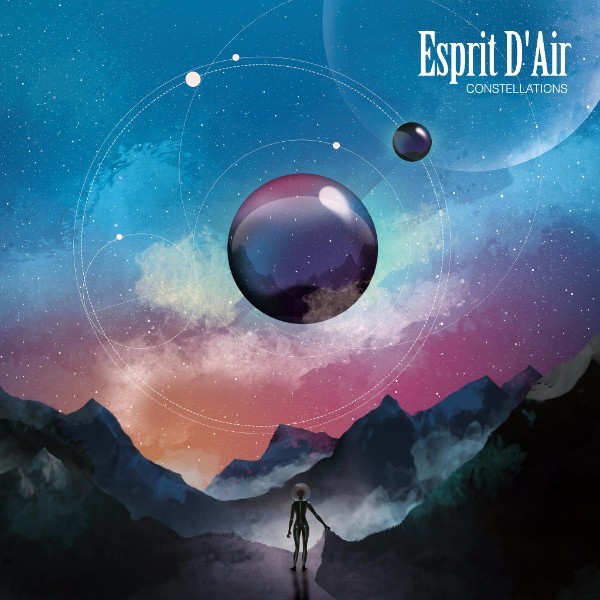 You’ve heard of K-Pop right? Well, apparently J-Rock is also a thing and it is surprisingly well represented by power trio Esprit D’Air, who recently reformed with lead guitarist Kai on vocals after a two year hiatus. If you like your (space) metal on the hard hitting side with a heavy dose of prog rock epicness, then ‘Constellations’ is probably your bag. The riffs are nothing short of pummelling, the choruses soar, whether in English or Japanese (which is actually very easy on the ear) and pretty much every track boasts a smoking solo.

Musically speaking there is a lot to like about this record, as they are technically very proficient and know how to put together an epic. The multiple textures of ‘The Hunter’ make for a particularly enjoyable track, but the whole album is worth a spin, especially if you like your music with a bit of substance.

‘Constellations’ by Esprit D’Air is out now. 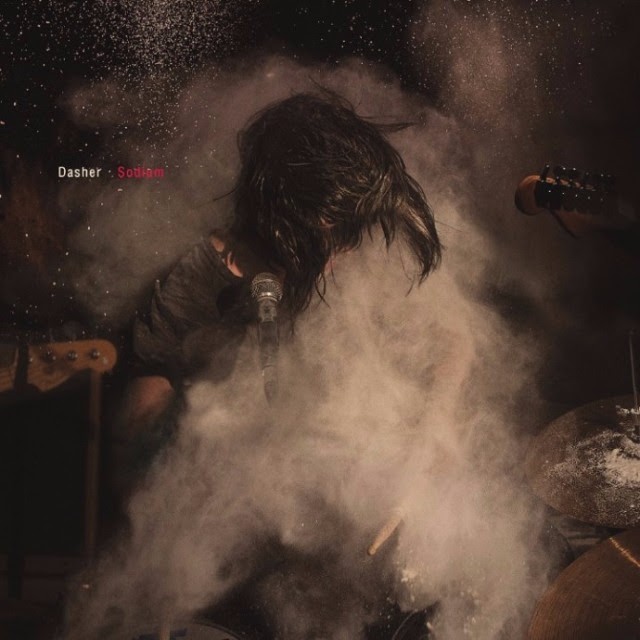 As the drumming, songwriting, singing, screaming, histrionic brain behind Dasher, it’s fair to say Kylee Kimbrough is pretty fucking badass. After years of upheaval and living on the edge, she has finally managed to get her songs together with a now stable line-up in Indiana and on their debut album, ‘Sodium’, they have produced one of the most vital albums of the moment. Described as post-punk, Dasher are essentially indie/punk/rock with every aspect turned up to eleven; and that’s not just the instruments.,/p>

From the word go, on the killer ‘We Know So’, it is wildly intense; something like Dinosaur Jr meets the Ramones being cut to shreds in a blender and played in your best friend’s garage with as much distortion as possible. Their thrashing energy comes across in the wild abandon of each and every track and it’s a no-holds-barred, bare knuckle ride from beginning to end. Buy it, borrow it, steal it, stream it, find it on YouTube; whatever; just listen to the damn thing, it is sick.

‘Sodium’ by Dasher is out now on Jagjaguwar Records. 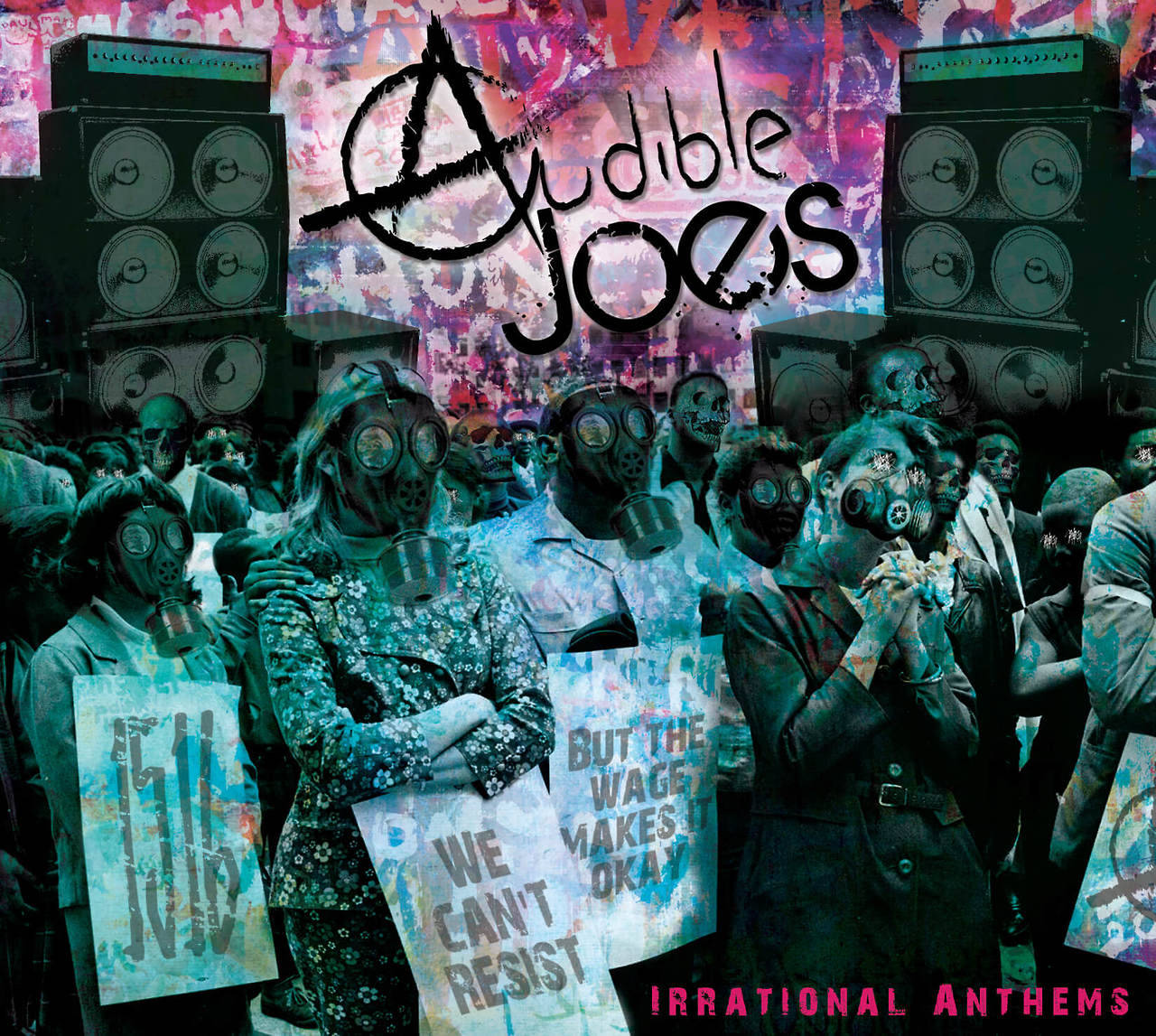 ‘Irrational Anthems’ is the second album from Cork quartet Audible Joes and is a heavy slice of good old fashioned driving punk rock. It’s gritty, it’s gravelly and does precisely what it sets out to do – deliver quality hard edged tunes in uncompromising style. They may not be pushing the boundaries of innovation, but it’s a quality listen nonetheless; that drunken sailor drinking song vibe bubbling below the surface lends a raucousness that no doubt translates into a banging live show.

The single ‘Speaker Submission’ makes for a mighty fine introduction to the band, showcasing exactly what makes them such an enjoyable listen; check em out.

‘Irrational Anthems’ by Audible Joes is out now.