For this edition of Under The Radar, we look at new releases from Rival Town, Fortify, Harbour Sharks, The By Gods, Lullaby, and Noija. 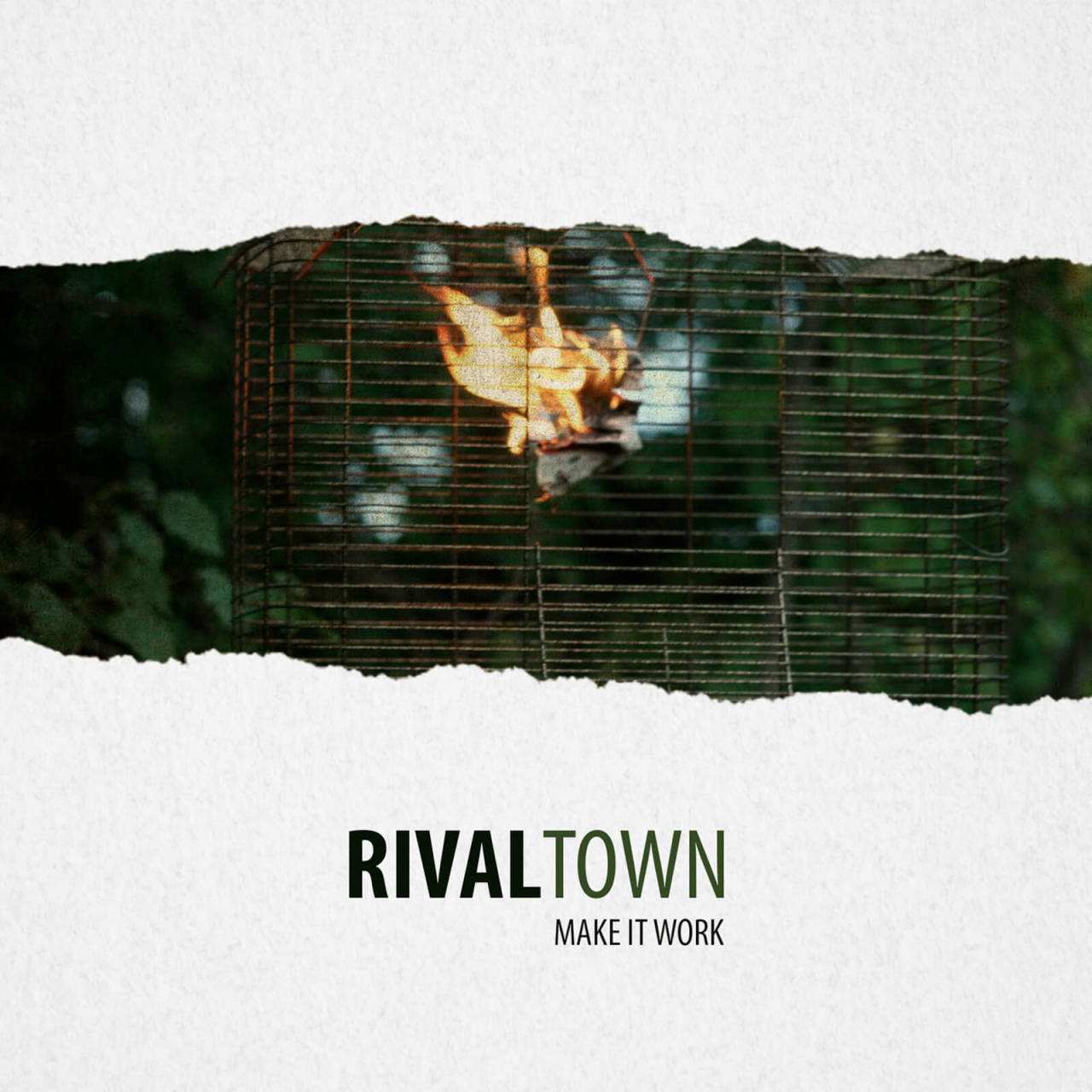 Ontario pop-punks Rival Town have delivered a likeable six-track EP in ‘Make it Work’, which offers up some interesting twists to throw a curve ball through the genre. Let’s face facts, most pop-punk records bring little in the way of innovation, so a little daring is more than welcome.

Although the basic pop-punk elements are there, especially vocally, the record explores deeper emotional levels, notably on the thoughtful ‘Open Windows ’ and on ‘Shot Down’ with its heartfelt hook. They also dish out some seriously heavy riffs, as on the pulsating intro to ‘Subjective’, and even explore their atmospheric depths on the sparse ‘Untitled’. Basically, this is a band looking to be taken seriously and on ‘Make it Work’ they have added layers of emotion and a seriously hard edge to the catchy hooks and familiar vocal melodies to produce a cracking little record. Well worth checking out.

‘Make it Work’ EP by Rival Town is out now on Manic Kat Records. 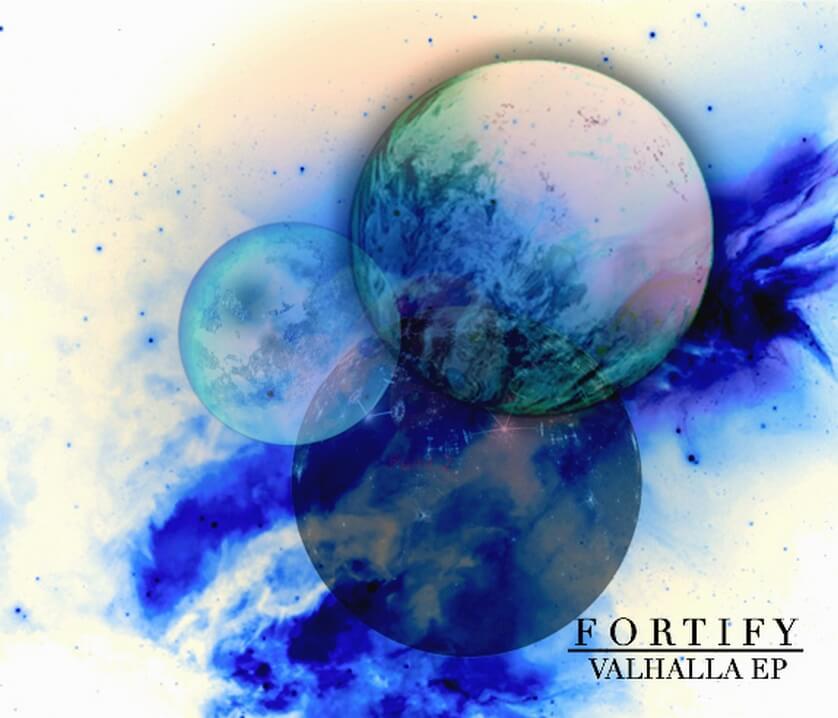 Fortify are an upcoming five-piece from Essex, whose melodic brand of pop-rock has been labelled as “easycore”, which probably means that they are easy on the ear and play heavy guitars. Basically, that is precisely what they do; straightforward songs with melodic choruses, bit of heavy riffing here, the occasional smoking solo there, with passionately delivered vocals from Anna Louise, oh, and there is a vaguely guttural vocal at the end of ‘Strangers’, which is probably where the “core” is.

This talented troupe have obviously put plenty of effort into the five tracks and they can certainly craft a tune around the impassioned vocals and layers of guitars. However, there doesn’t seem to be much to make them stand out from the crowd and, to be honest, it is a little predictable. That doesn’t mean it isn’t any good, after all, tunes like ‘What About Us’ are perfectly enjoyable, they just don’t offer anything to get mega excited about.

‘Valhalla’ EP by Fortify is out now. 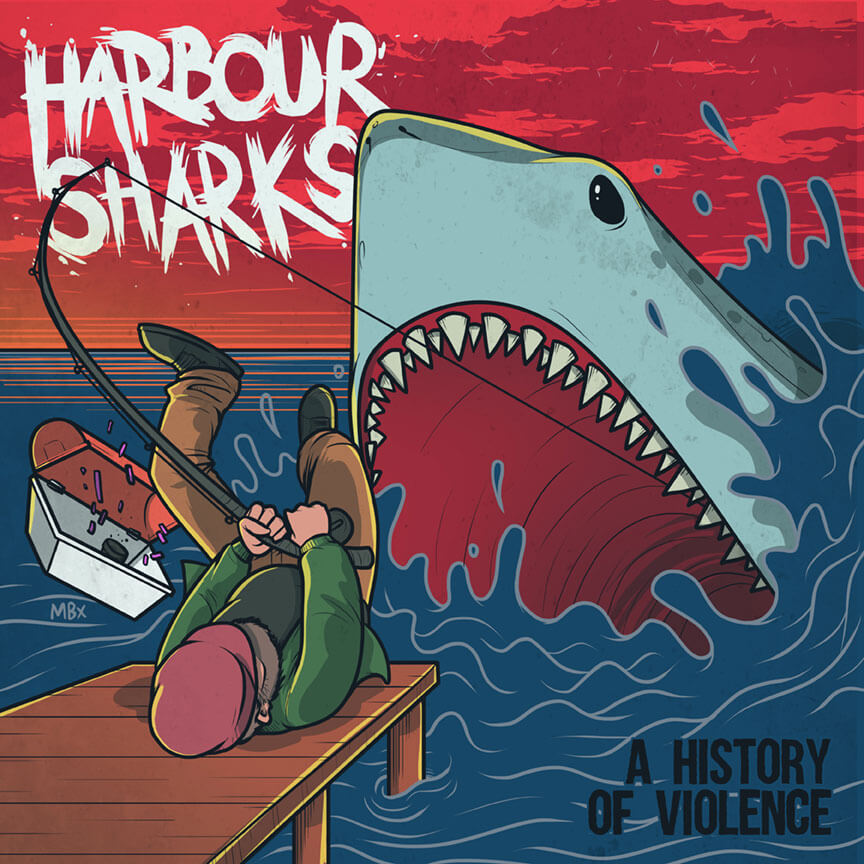 Harbour Sharks – A History Of Violence

Kingston trio Harbour Sharks have produced a rough and ready mix on their feisty debut ‘A History of Violence’. With politically charged lyrics and mouths that should be washed out with soap, their undiluted aggression flits around between metal, punk and hardcore influences, successfully managing to be all three and none of the above at the same time.

What they actually succeed in doing is embracing their influences and finding their own voice to deliver a bunch of engaging songs with some seriously heavy breakdowns, surprisingly hooky choruses and a large slice of discontent. It certainly keeps the listener on their toes and although there is an ever so slight air of confusion, by and large, it makes for a likeable listen. Tracks like ‘Swing Away Merrill’ are easily relatable, while the title track drops a nice slice of pure naked aggression to great effect. Well worth a spin.

‘A History Of Violence’ by Harbour Sharks is out now. 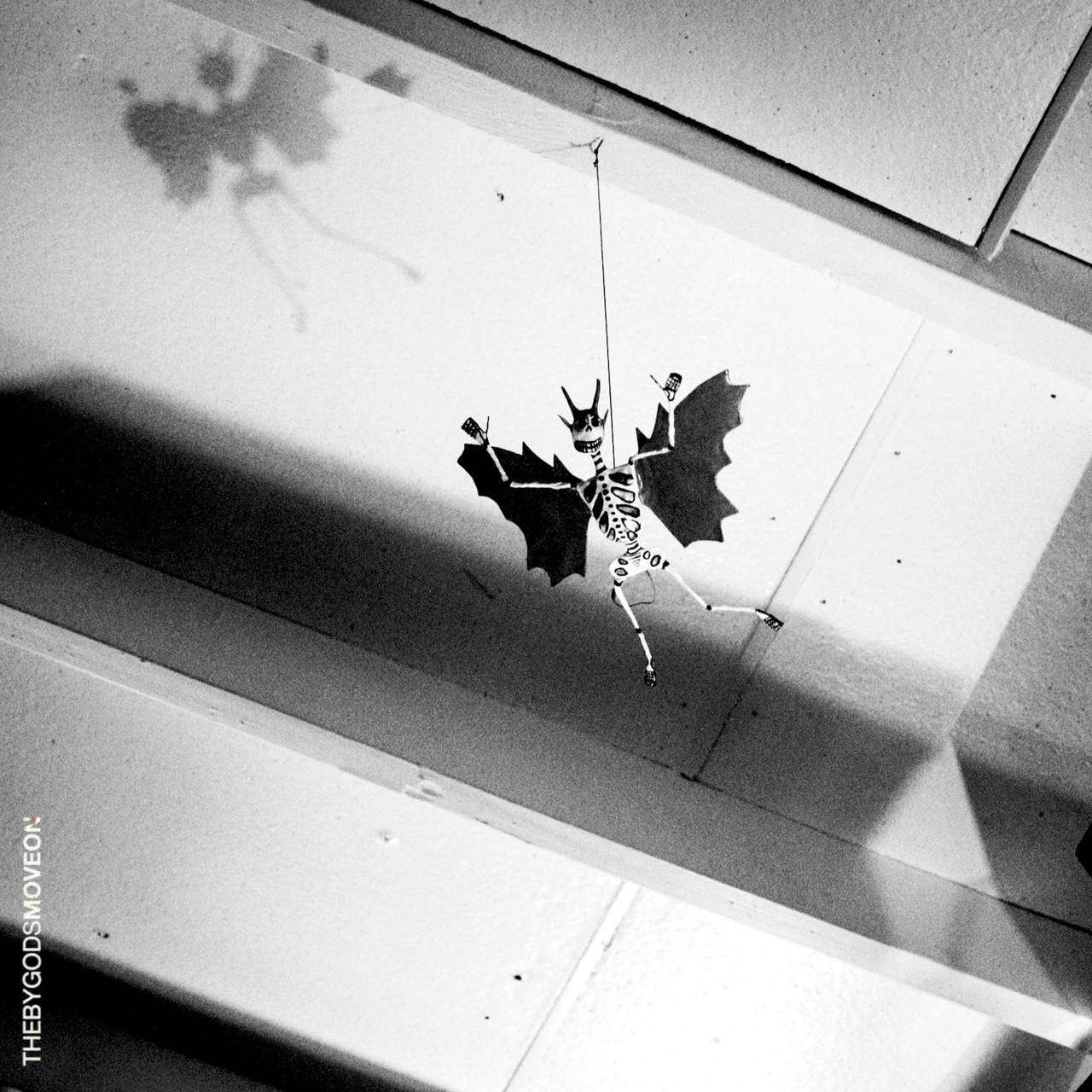 The By Gods – Move On

‘Move On’ is the third album from Nashville trio The By Gods, whose style is about as big a throwback to the nineties as you can get. There is a distinctly shoegaze-y grunginess to their thoughtful musings on religion, depression, terrorism and other modern-day woes, which despite recalling the likes of Nirvana, the Breeders and the Smashing Pumpkins, manages to retain their own identity and stand out against the current backdrop of the alternative scene.

Tracks such as ‘Silver Line’ work especially well and for the millennials will sound kinda retro, although the older listener might be ticking off the influences in the fabric of the songs. Even so, it’s likeable stuff, the tracks are well put together and the fuzziness, the feedback and the atmospheric bass-y feel is pretty easy on the ear; the old school dimension adding a certain charm missing from their contemporaries.

The By Gods links: Facebook|Twitter|Bandcamp 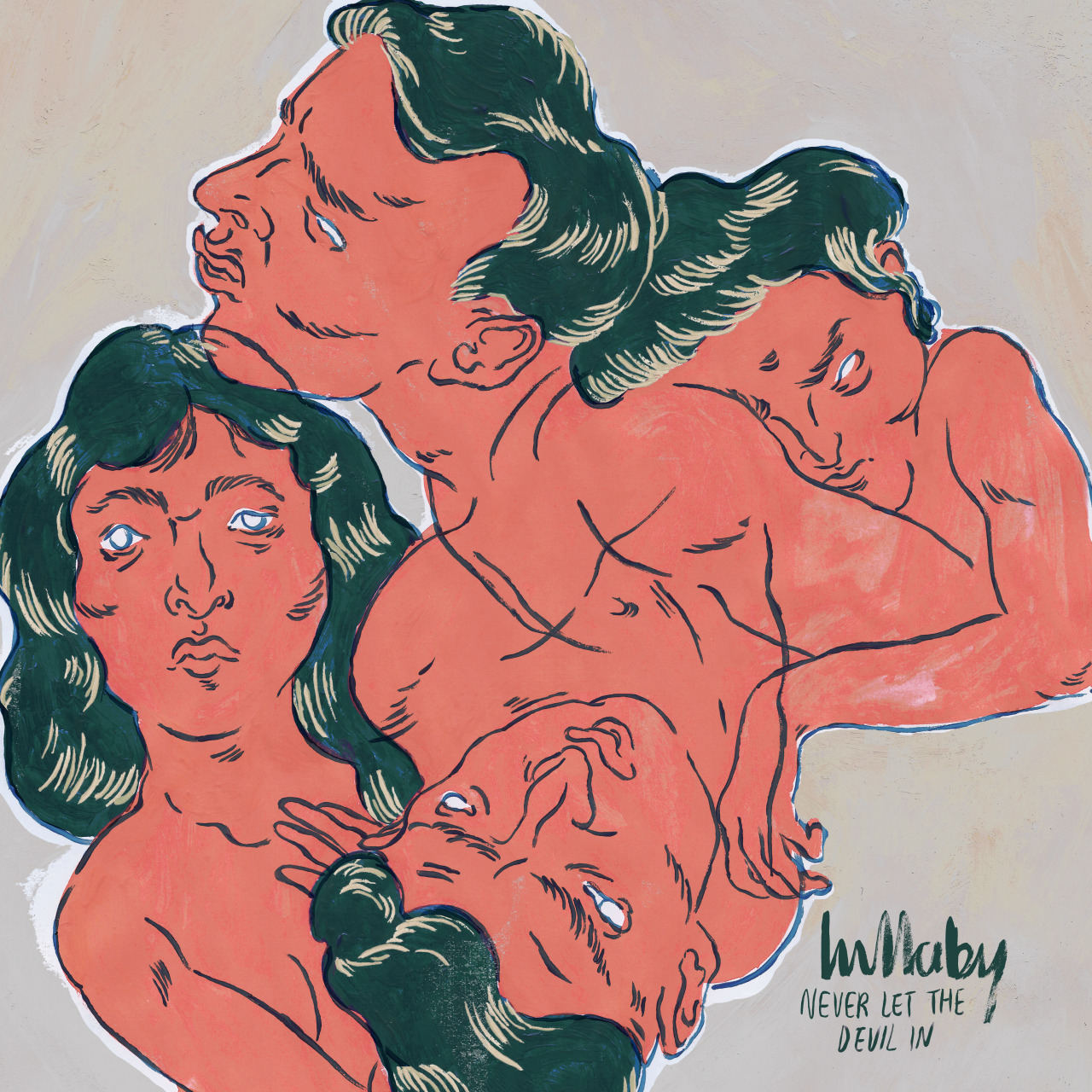 For a debut EP from a band with almost zero experience, ‘Never Let The Devil In’ has got some serious mojo. North-London quartet Lullaby seem to have taken a leaf out of the Incubus book of alternative rock, developing a big guitar driven sound that glides smoothly few various styles yet defies being pigeon-holed.

Whatever you want to call them, they certainly know how to deliver a tune, whether it’s the grunge-y ‘Animal’, the infectious driving rock of ‘Speed’ or the massive sound of ‘Why Don’t You Love Me’. Sure, there is a serious nineties influence on display, but it really works; every track oozing charisma and as slickly delivered as seasoned pros. Do not be surprised if you start hearing a hell of a lot about these guys. Classy.

‘Never Let The Devil In’ EP by Lullaby is out now on Shed Records. 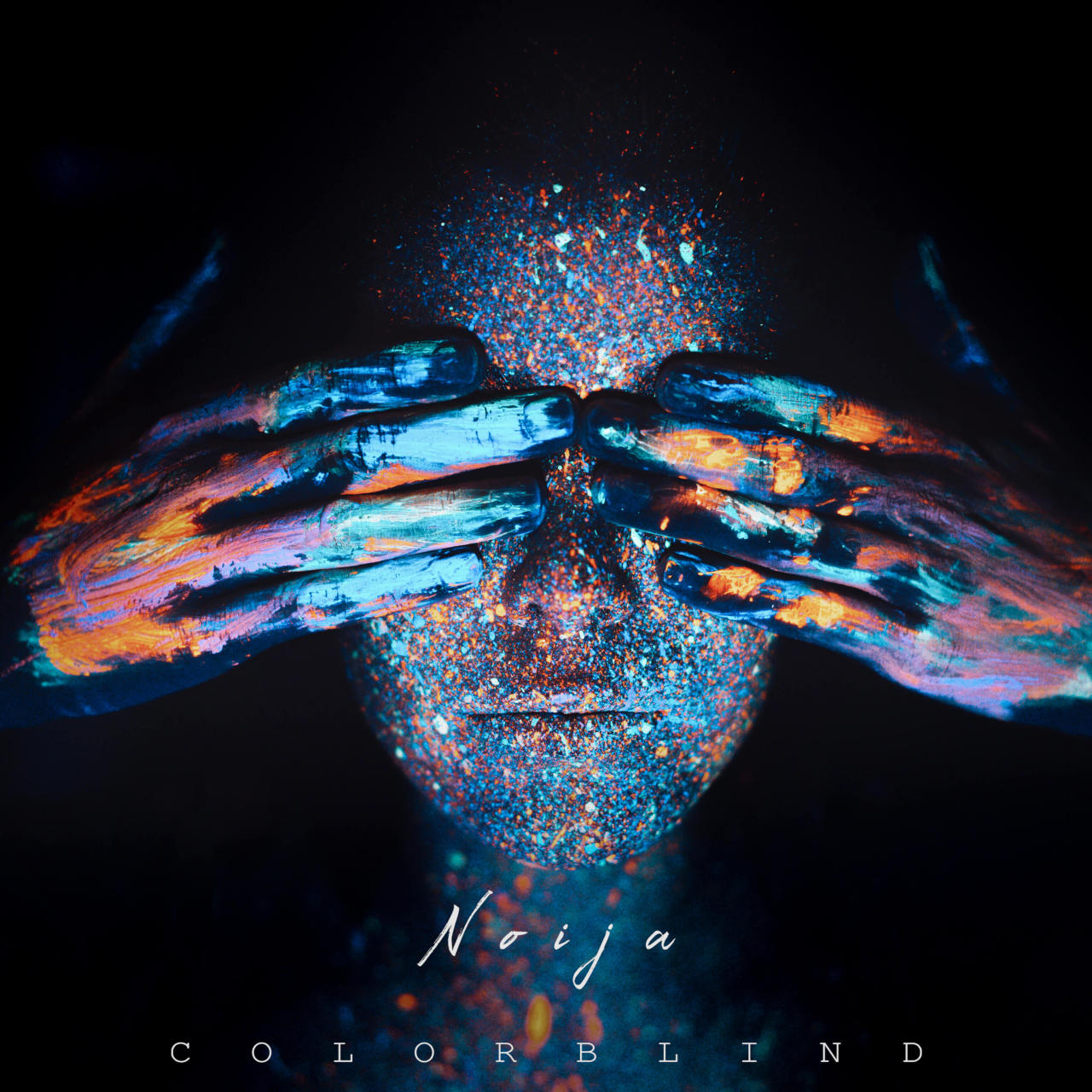 Noija are another band with their fingers in several stylistic pies and on their debut album, ‘Colorblind’, the Swedish quartet flirt with all kinds of genres. In general, there is a tech/prog metal vibe, but they punctuate it with seriously melodic sections, full of flourishes of metalcore and swathes of synthesizers to surprisingly good effect.

If you like your music well-crafted, this is a band you really need to know about; the impeccably arranged songs explore all kinds of textures and the whole record has a really accomplished feel to it, even though they have only been writing together for about a year. ‘Wanderer’ is a particularly interesting example of what they are capable of, while ‘Can’t Slow Down’ features some fine vocal interplay. They do lean a little heavily towards the romantic mid-way through, but they succeed in keeping it atmospheric, maintaining the maturity and poise that runs right through the record. Quality release.