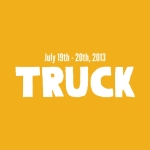 The first details for the annual Truck Festival has been announced with The Horrors being announced as headliners.

The other names announced are The Computers, Wet Nuns, Planes, The Family Rain, Ady Suleiman, Brother & Bones, Arcane Roots, Fight Like Apes, Max Raptor and The Physics House Band making up the rest of the main stage.

Whilst Big Scary Monsters and Alcopop Records will be hosting their own stage which will feature Tall Ships, Gunning For Tamar, Crash Of Rhinos, Stagecoach, Axes, The Social Club and Salvation Bill.

Further information including ticket details can be found truckfestival.com.