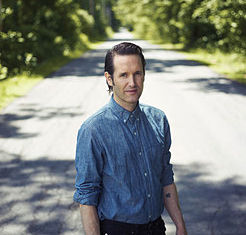 Ash frontman Tim Wheeler has announced a short solo UK tour this November in support of his debut solo album, ‘Lost Domain’, due for release on the 3rd November via Sony Red.

The album focuses on his feelings towards the loss of his father to dementia. A portion of the proceeds will be donated to the Alzheimer’s Society. The record can be pre-ordered via PledgeMusic.