The Place We Call Home: The Intersphere 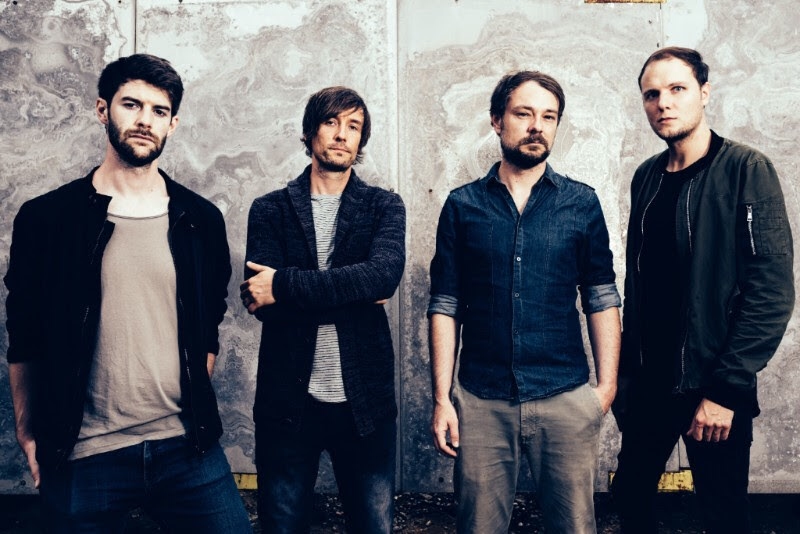 On their latest album, ‘The Grand Delusion’, The Intersphere take listeners on an adventure of exploration, both musically and lyrically. Taking in elements of prog, punk and alt-rock, it sees the quartet deliver a set of powerful songs that sees them ask “How real is reality?” Paired with anthemic hooks, songs such as ‘Mind Over Matter’, ‘Don’t Think Twice’ and ‘Antitype’ are introspective and thought-provoking in equal measure. It’s the result of a transformative five years for the German five-piece, having experienced personal crises and changes.

Although the members of The Intersphere are from all over Germany, bassist Daniel Weber considers the city of Mannheim as home. Set in the South Western state of Baden-Württemberg, Mannheim is known as “The City of Squares” due to its streets and avenues following the common German layout of a grid pattern, even though it can lead to some confusing address; each block is given a code and a number to each building instead of street names.

With Swansea and Windsor in Ontario, Canada amongst its sister cities, the historical centre of the city is the Schloss, one of the biggest baroque castles in Europe. As for notable facts, German engine designer and automobile engineer Karl Benz patented the first motor car in Mannheim. Our research on the city led us to find out that Mannheim is apparently the capital of German pop music, even though The Intersphere highlighted the city’s rich history within classical music.

Read on as Daniel Weber tell us about Mannheim, his favourite local bands and spaghetti ice cream.

We all grew up in different cities. To be precise, these are the cities or areas of Stuttgart, Essen, Aschaffenburg and Würzburg. Our rehearsal room is in a city called Mannheim, where two of us also live.

What’s special about it is that it’s very multicultural and I have the feeling that people are very open-minded in that regard. Fun facts: inventions of Mannheim include the automobile, the bicycle and the spaghetti ice cream but the latter might be a very German thing and nobody outside of Germany might have ever heard of it, haha. It’s basically vanilla ice cream in the shape of spaghetti with a strawberry topping. Wow.

Mannheim is known for its big influence on classical music in the first place but that doesn’t really have a notable influence on the modern music scene. There are some institutions that support young bands but on the other hand the city is lacking clubs where they can start playing small shows. Mannheim recently got the title ‘Unesco City of Music’ but in my eyes the mentioned problem with the clubs doesn’t really underline that.

The most well-known band is probably the Söhne Mannheims which literally translates to “Sons Of Mannheim”. I don’t want to judge if it’s also the best since it’s a completely different genre than we do. It’s more like soul pop with German lyrics. There was a pretty cool band that friends of ours used to have with pretty a funny name: My Baby Wants To Eat Your Pussy.

My favourite German band at the moment is called Leoniden. Go check them out. Super cool guys.

A band from Mannheim I can recommend is called Spiral Drive. Go check out their music video for their song ‘Infinity’. One of my favourite songs at the moment.

The first venue where I watched bands playing live was the local youth club in the little town I was born. These were all young bands that also had a rehearsal room there. I quickly joined one of these bands and became part of that small scene. That was basically the start of my career.

The Influence Home Has on Our Songs:

It’s basically exactly what we actually do as a band. It combines both heavy and soft instrumentation and the lyrics deal with topics like transformation (in any possible sense) and introspection.

‘The Grand Delusion’ by The Intersphere is out now on Long Branch Records.