The Hell, The First and 4 More Added to Takedown Festival

The latest round of bands announced for Southampton’s Takedown Festival has seen six acts added to the line-up.

Takedown Festival takes place at Southampton University on 15th March 2014. The next set of bands will be announced on 20th December.

The full lineup can be viewed by clicking read more. 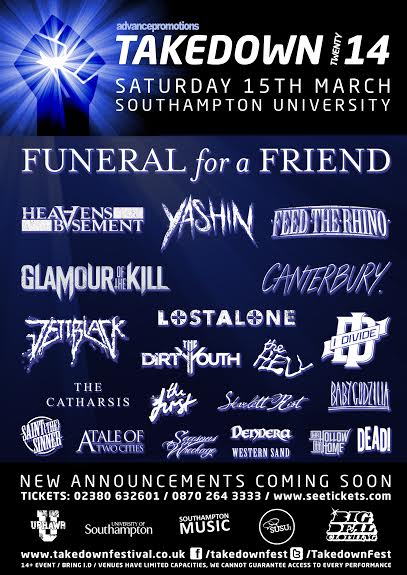