Temples Festival have recently announced their 2015 line up.

The Bristol based independent festival will take place from the 29th to the 31st May at MOTION venue. They’ve also announced Converge as their first headliner on day one of the festival.

Other acts playing the festival include the following bands:

If that wasn’t enough, the festival also have yet to announce an additional 55 acts plus the Saturday and Sunday headliners. This year’s edition will also introduce a third stage. Weekend tickets can be purchased here, whilst day tickets will be available later in the year. 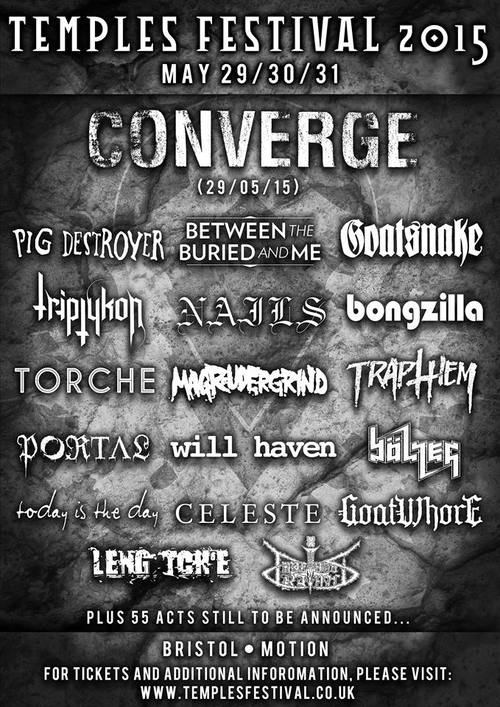