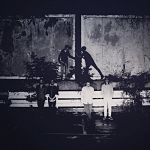 Hereford instrumentalists Talons have announced the release of their second album, ‘New Topographics’, the long awaited follow up to 2010’s ‘Hollow Realm’, due for release on the 4th August on Big Scary Monsters Recordings.

To coincide with the announcement, the band are streaming a new song from the record, entitled ‘The Wild Places’. Click read more to listen to the track.

You can also catch Talons at the following shows: