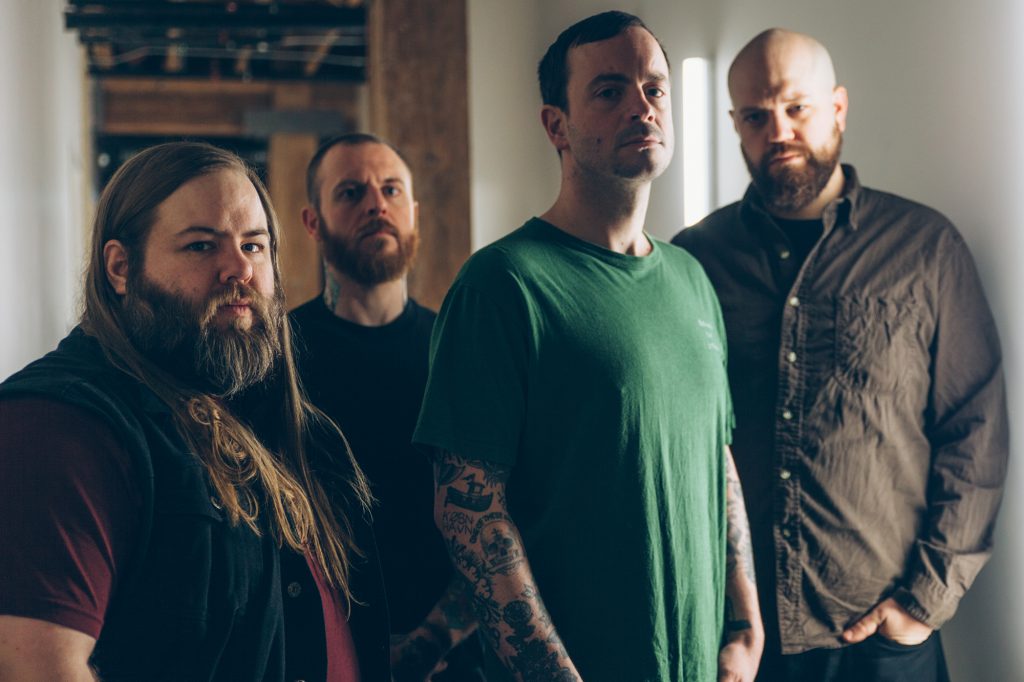 “We wanted to shake things up a bit”

It is well-known the music industry standard has evolved in the current digital age. Sure there are still those who do the expected single (or singles) release before dropping an album, yet there are those who aren’t shackled to the usual procedures. Major names such as Beyoncé, Kanye West and Avenged Sevenfold are just some of those who have unexpectedly treated fans to new records in recent years. Everyone likes a good surprise and this is something Cancer Bats realised when they released their sixth album, ‘The Spark That Moves,’ unexpectedly, this past April.

“We were just like ‘man, let’s just do it’. We wanted to shake things up a bit,” explains frontman Liam Cormier when we caught up with him at the Download Festival. “There is a lot of hip-hop we all follow that does stuff like that. I’m confident that all of our fans and everybody that follows the band, would be on it.”

Inevitably, fans instantly gravitated to ‘The Spark That Moves’ and it’s easy to see why. Over the course of its 11 songs, the Canadian quartet deliver a blend of sludgy riffs and thrash punks hooks; a winning recipe that has served as Cancer Bats‘ backbone for the past 14 years. Arriving three years on from the release of ‘Searching for Zero,’ Cormier doesn’t consider the surprise as means of making up for lost time. “When we were doing all the Bat Sabbath touring, everyone was just asking about new Cancer Bats anyway. Kids knew we didn’t break up. I feel like there hasn’t been any lost ground, even though we’ve taken time off.”

The release of ‘The Spark…’ coincided with the first of several short recent visits to the UK. As dedicated fans prepared to celebrate the 10th anniversary of ‘Hail Destroyer,’ it made perfect sense to give them the first opportunity to pick up the record. “I kind of did that because I feel logistically all of the people I wanted to get this record too, will be at the same place,” explains Liam. “So I thought ‘you guys have liked our band for the last 10 years, you’re the ones that deserve the first crack at buying the vinyl and getting all the stuff,’ so we bought it with us.”

Another benefit from the unannounced release is having no expectations, ultimately enhancing fans listening experience; rather than jumping straight to the pre-released singles, fans simply hit the play button and listened to ‘The Spark…’ in full. “A lot of people couldn’t make their minds about what the record was ahead of time, and by default, a lot of people just ended up jamming the entire album, which is what you want,” Cormier tells us. “We hadn’t really planned it, and then everyone I talk to just said ‘oh yeah I ended listening to the whole album’ and not just one video or one song.’

“It kind of has a bit of the old school word-of-mouth aspect to it. A lot of people were excited, saying ‘Woah! There’s a new Cancer Bats record!’ and that makes everyone excited. ‘Oh, there’s a new thing that not everyone knows about,’ so you have something to talk about with your friends or show someone who doesn’t know about it. That’s how we found out about records back in the day, so let’s have a bit of that vibe.”

Described by Cormier as an “anti-album”, there is a DIY aspect to Cancer Bats‘ approach, especially with the record being released on their own label – Bat Skull Records. And although Cormier and his bandmates are in a position to help out the many “rad bands” they know, he sees the label being strictly used for Cancer Bats, for now at least. “I think eventually if we get it going, it’d be rad to put out some other bands. It’d be awesome to help some friends out and put out some fun stuff.”

While the prospect of releasing other bands music isn’t imminent, Cancer Bats are able to maintain the wave of momentum ‘The Spark…’ has brought them. From speaking to Cormier, you get a sense of renewed enthusiasm from having complete control. “I feel like, at this point of where we’re at as a band, it makes the most sense. We just run everything ourselves,” he states.

“Just make sure it’s good and it’ll work out”

Cancer Bats are no longer the hungry 20-somethings that broke out of Toronto 10 years ago. Like any band on the rise, Liam and company would tour relentlessly. Now they’re older with other interests and responsibilities. While they could simply continue to push ‘The Spark…’ as much as possible, having the option to tour when and where they want to is beneficial for everyone connected to Cancer Bats.

“Mikey [Peters], our drummer, has a kid so we’re like ‘we still want you to be a dad too’ and have those times,” Cormier says. “That’s the best part of doing everything ourselves, we can make those calls and decide when we want to go out. It’s like ‘we’ve lined up a ton of stuff, lets cool it off for August and September’. That’s sick! I want to go ride motorcycles and hang out with friends.”

From releasing videos for all 11 songs on ‘The Spark…’ to deciding when and where they want to tour, you get the impression Cancer Bats are pacing themselves for the long haul. Rather than burn themselves out and implode, they’re taking control of their future allowing themselves to continue enjoying life in a band. “That’s the nice part about not having any obligations or pressure, just making it all as fun as it can be. Just make sure it’s good and it’ll work out,” closes Cormier.

‘The Spark That Moves’ by Cancer Bats is out now on Bat Skull Records.