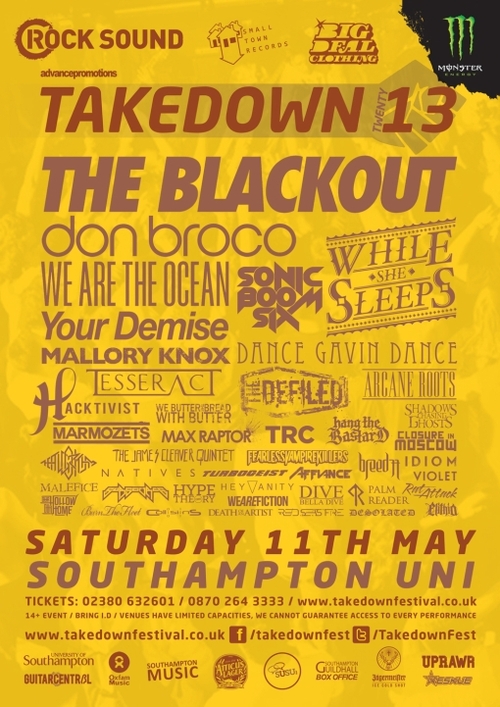 Already Heard has teamed up with Takedown Festival 2013 to give away 2 tickets for this years festival. The prize also includes tickets to the aftershow.

Taking place at Southampton University on 11th May, Takedown 2013 boasts a whole load of UK rock, hardcore, metal and more with the likes of The Blackout, Don Broco, We Are The Ocean, While She Sleeps, Sonic Boom Six, Your Demise and loads more set to play the one-day festival.

For a chance to win 2 tickets, all you have to do is the following:

The winner will be contacted shortly after.

Takedown Festival 2013 takes place on 11th May at Southampton University. Tickets are available now for £34.