The staeg splits for this months Takedown Festival have been announced with The Blackout headlining the Rock Sound-sponsored Main Stage and will be joined by the likes of Don Broco, We Are The Ocean, Arcane Roots, and more.

Whilst While She Sleeps head the Monster Energy with Sonic Boom Six and Dance Gavin Dance topping the bill on the Big Deal Clothing and Small Town Records & Friends stages respectively.

The Southampton Music Presents… will be headlined by Breed 77. 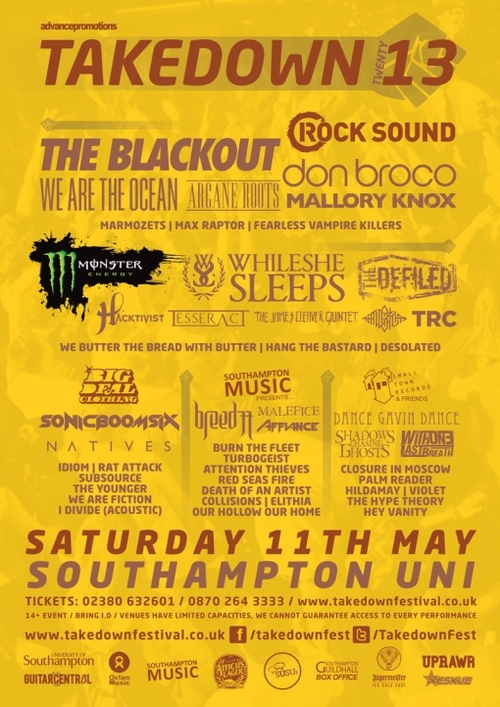