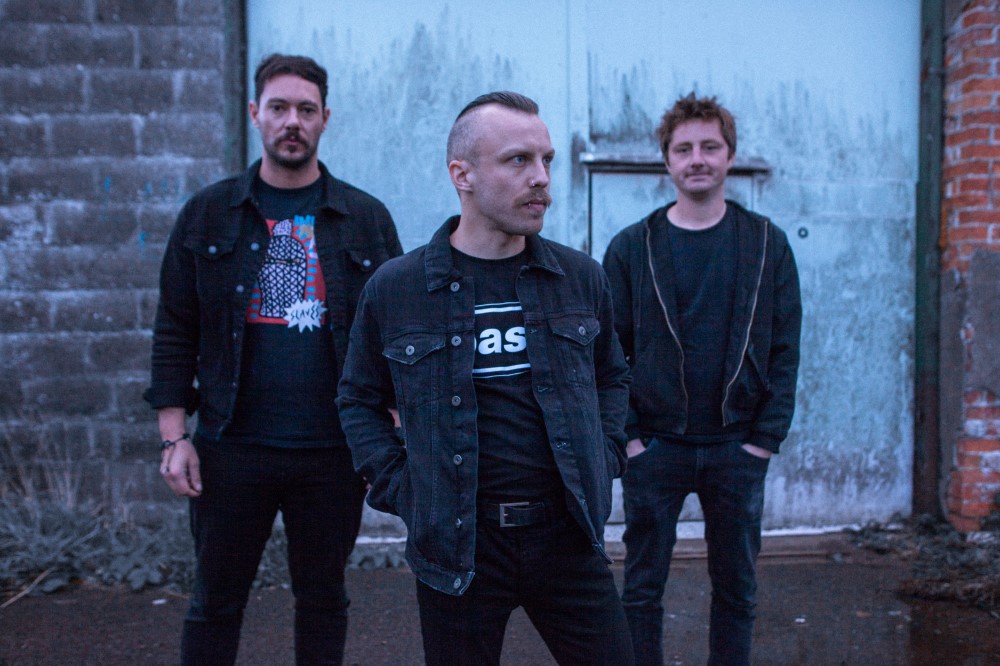 The city of Hull has had its fair share of ups and downs, from rebuilding after the Second World War blitz to once being named Britain’s poorest cities to being the UK’s City of Culture last year. Without a doubt, it’s a city that has an underdog mentality amongst its complex fabric of people, culture and viewpoints. It is this mentality that is embedded in hardcore punk trio Three Day Millionaires.

Today we’re premiering ‘The Snub’, the latest single from the three-piece. It’s a three-minute slice of road-worn, spirited punk with lyrical venom. “I remember walking into practice one night with the chord progression for the chorus and the vocal melody. It was always going to be a feel-good song, at least lyrically, but I distinctly remember feeling like a massive weight had been lifted off my shoulders,” explains vocalist and bassist Daniel Harrison. “It was like the song grasped all my negative emotions and energy and turned them into something positive. I feel great every time we play it.”

‘The Snub’ by Three Day Millionaires is out now.

To celebrate the release of ‘The Snub’, Three Day Millionaires will play a series of shows over the coming months.