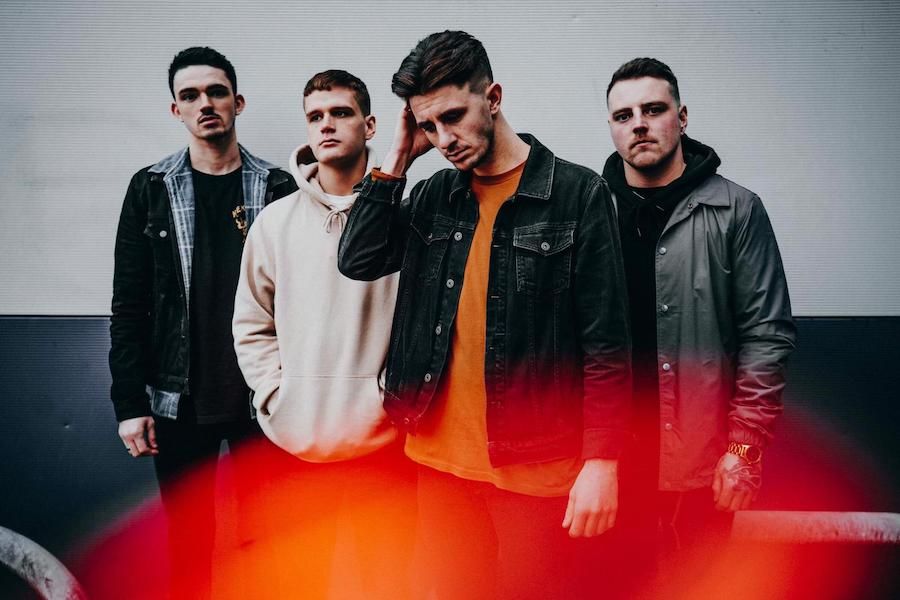 If you heard the name Dude Trips, you’ll probably picture them as some sun-soaked, American skate punk band. However, you should never judge a band by their name. Never. Dude Trips hail from the remote coastal town of Fraserburgh in Scotland, and they’re certainly not a skate punk band. Their forthcoming debut album, ‘Through Love And Death, You’re All I Have Left’, is a thoroughly emotional set of alternative rock songs. Full of heartbreaking tales of past relationships and departed friends and family, it’s a compelling record clouded in catharsis.

Ahead of its May 31st release, we’re premiering the album’s second single – ‘In Between Days ‘. The track neatly captures Dude Trips‘ diaristic lyrical nature alongside stirring and urgent instrumentation with a favourable hook too.

“It started out being about missing someone when a long term relationship of mine struggled to stick,” explains bassist and vocalist Jamie Mathers. “During the writing of the song it ended badly—from then on the main theme changed to anger. It’s probably the first song I had written for the record, and it blew my mind how different it was for us as a band musically.”

On the creation of ‘In Between Days’, Jamie told us, “I remember being in the studio, hearing the pre-chorus and looking round to the band, and everybody had the feeling that this could be a single. Just that feel-good moment when creating music.”

Dude Trips will follow up the release of ‘Through Love And Death, You’re All I Have Left’ with a UK tour in July.

‘Through Love And Death, You’re All I Have Left’ by Dude Trips is released on 31st May on Side Mission Records (pre-order).