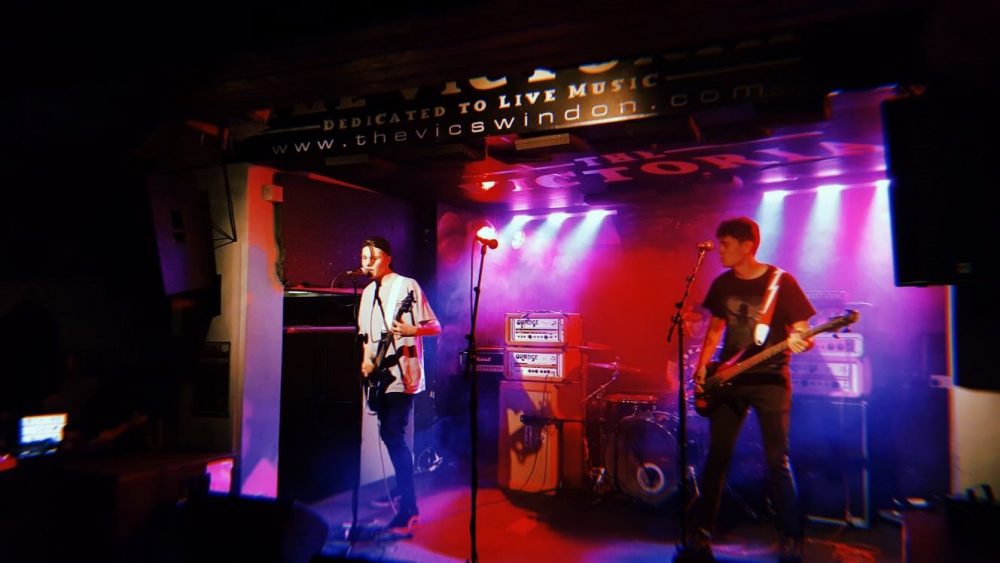 Drag Me Down frontman Oscar Manners grew up on a musical diet of 90’s punk, most notably NOFX, Lagwagon and Strung Out (which is where the Wiltshire trio get their name from). Formed four years ago in the South West, Manners along with bassist James Bowles and drummer Tristan Gorman have been honing in on a sound that blends elements of old school skate punk and modern-day pop-punk.

The end result is well-rounded with their new single, ‘Make History’, serving as a stellar example of what they’re about. It sees the band’s raw, DIY core combine with a snappy, upbeat chorus that hits all the right marks when it comes to pop-punk.

For Drag Me Down, ‘Make History’ is considered a turning point for the three-piece, both as creators and as songwriters. “’Make History’ is an important song for us as we believe it’s one of the best songs our name has been attached to since deciding to take music seriously when we were 16,” explains guitarist and vocalist Oscar. He also told us about the lyrical nature of the song, “It’s about not caring about what people might say because at the end of the day you’re writing your own story and that’s the important thing.

“It’s also about helping your friends through tough times be that family related or anything else, because (for us personally) we’re nothing without the amazing support we receive from our mates. So make sure you’re there for them like they’re there for you. Our friend Zac Pritchett mixed this and he put a phenomenal amount of effort into making sure it sounded as good as we knew it could.”

Ahead of its full release next Tuesday (July 9th), we’re premiering ‘Make History’.