Something For The Weekend with Joe Hart (Close To Home Records)

Once again we have another guest writer for this weeks edition of “Something For The Weekend”. Stepping in this week is Joe Hart from London DIY label Close To Home Records.

Launched earlier this year, Close To Home has quickly become a reliable, go-to label for emerging UK talent with releases from Shortcuts, Greylines and Losing Sleep as part of brief discography. Whilst the labels ‘Close To Home & Friends’ compilations have proved to be consistent and of a high standard by highlighting up and coming bands such as Gnarwolves, Forrest, Nai Harvest, Home Advantage, The Winter Passing and more.

As Joe explains, he has a hunger for new music and for his spot as guest writer, he recommends three bands that are doing it for themselves. 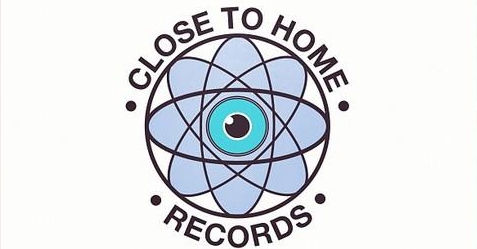 I’ve always enjoyed hearing new music. Just knowing that one other person likes a band makes me want to listen to them, and find out why. There are so many bands out there doing their thing that are pretty unknown and that is one of the reasons I wanted to start a label in the first place, and more specifically the reason I started the ‘Close To Home & Friends’ compilation series. It’s also the reason picking these 3 bands was so difficult, but anyway, after much deliberation I’ve ended up choosing the 3 that I’ve been listening to the most lately. Enjoy!

Moose Blood
For Fans Of: Tigers Jaw and The Promise Ring.
Moose Blood is a four piece emo band from Kent. I found this band because of the old ‘members of…’ trick. It has members of bands that I already liked (Alaska), and one I had previously worked with on a label I had going before Close To Home. Although, with that in mind, Moose Blood are totally different to those previous bands. They have a very Tigers Jaw upbeat emo / indie vibe and the lyrics are definitely ones you will want to give a read as you might miss some of the genius references without doing so, especially in the song ‘Bukowski’.

They have a 7" coming out in January on Day By Day Records which I am super excited about, you should be too.

Indian Taker (California, United States)
For Fans Of: Touche Amore and Suis La Lune
In true 2012 style, I was introduced to this band on a forum. They had a free EP called ‘Tule Fog’ for download on BandCamp. The EP instantly impressed me, and a whole bunch of other people for that matter. Reviews started popping up all over the internet in no time, all of which were good, and rightfully so. They’re touring in America in December but unfortunately, as they’re all pretty young, I think a UK tour might be no more than a distant dream at the moment.

Bouquet (Hertfordshire, United Kingdom)
For Fans Of: Mineral and Penfold.
Another band I came across via the wonderful world of the internet, although this time it was due to them being on a show with Joie De Vivre. I remember seeing the line up to this show and thinking it was so insane, so I checked out the few bands I hadn’t heard before that were on it and Bouquet was one of them. Unluckily for me though, they didn’t have anything recorded yet, and they wouldn’t for a few months. However, the long awaited EP is finally here now and it was worth the wait. It’s so mesmerising and full of emotion and passion but also has that beloved DIY feel to it that we all hold dear (I would assume due to being ‘recorded in various bedrooms, flats and rooms across the UK’ as the EP description states.)

It’s just an all round good listen. Give it a go.