For this weeks edition of “Something For The Weekend” we welcome Jamie Robertson from Fist In The Air Records as our guest writer.

Since its formation the Kent-based label has released material from the likes of Departures, XERXES, Take Courage, and End Reign. More recently they’ve added the highly recommend Moose Blood and The Winter Passing to their growing roster, showing their finger are firmly on the pulse within todays music scene.

For his stint as guest writer FITA founder Jamie Robertson recommends three Stateside bands that may have passed you by, but thankfully they all have releases planned in the coming months. 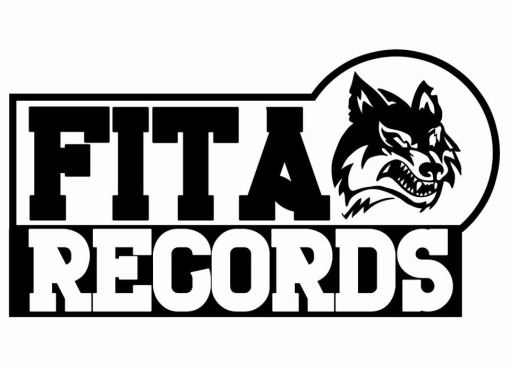 I’ve chosen these three bands purely on the fact that I enjoy them and hopefully some of you will to. They’re all based over in the USA and even with the Internet making the world of music a million times smaller, there’s a good chance they will have slipped under the radar for a lot of people. All three have releases planned for this year, fingers crossed at least one of them makes it over to tour the UK some time too! Apart
For Fans Of: American Nightmare, Touche Amore and The Saddest Landscape.
I came across this band through Mayfly Records who announced they would be releasing their upcoming full length in Spring/ Summer last year. Mayfly is a great label, put out a lot of solid bands (Code Orange Kids, Xerxes, Barrow etc) and I’ve worked with them on a split 7" in the past, so I knew they would something worth checking out. They play a fantastic mix of screamo and hardcore that seems to be popular nowdays since the rise of bands like Touché Amoré, albeit with more caustic sounding vocals. Their album ‘Gray Light’ was one of my favourites from last year and I highly recommend it; even if screamo isn’t entirely your bag I think there’s something in that album for everyone to enjoy. I believe they have a couple of new records planned for this year so keep your eyes peeled! Caravels
For Fans Of: Pianos Become The Teeth, Maths and La Dispute.
This is going back some time, but I believe I actually found this band on MySpace in about 2009. Honestly couldn’t tell you how I got on to their page exactly, but I fell in love as soon as I heard their demo – ‘The Earthling Sessions’. They released another EP, ‘Floorboards’ a year or so later which was fantastic, perhaps could be criticised as being ‘more of the same’ but fuck it, they do what they do extremely well. Super melodic, hook-laded screamo, but not without the odd heavy part to spice things up. They ended up getting picked up by Topshelf Records in 2011, put out a two track 7" and re-released their old work on vinyl but stayed pretty quiet for a year or so. They literally just put a brand new song and pre-orders for their new LP (‘Lacuna’) online last week, which I got on straight away and would urge that you do the same (even with the now-awful shipping costs!) Weak Teeth
For Fans Of: Loma Prieta, Paint It Black and Dangers.
Those three comparisons I’ve given for this band are probably kind of off, but it’s a little hard to compare Weak Teeth to other bands. They play a fantastic mix of 90’s screamo, melodic hardcore and punk but it’s perfect. I wasn’t too into the first 7" they put out; stumbled across that on PunkNews.org where I think they had it streaming. Might have just been a review but either way that’s where I first heard about them. Their next release however, the LP ‘What A Plague You Are’ is absolutely amazing (and came out on the great Flannel Gurl and Tor Johnson Records). It took a few listens for it to really click but it’s 100% worth sticking with; from the duelling vocals and the super fast straight up punk rock moments, to the epic 9 minute closer ‘Blue Skies, Shit Life’, it’s everything you could ask from a debut album, and more. I’m being a little cheeky adding them into this list in that my label FITA Records will be putting out their next record over here in the UK, but fuck it, regardless of that this band should be getting more recognition.