For this weeks ‘Something For The Weekend,’ John Allen from London-based Punk label Disconnect Disconnect Records steps into the guest writers chair to share three noteworthy bands for your weekend listening.

Over the last two years, Disconnect Disconnect has released a variety of Punk releases from both the UK and abroad; Watch Commander, Caleb Lionheart, Rebuke, Luther, Radicus and Counterpunch. 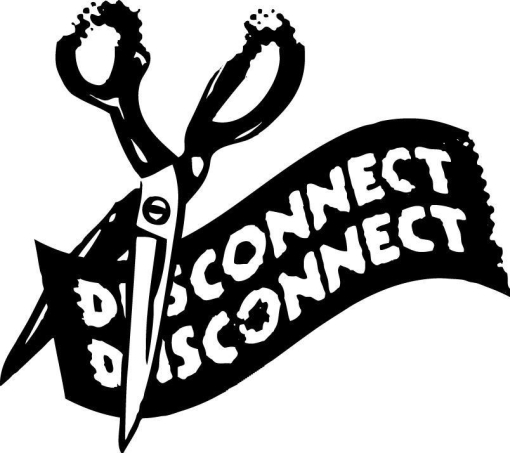 Discovering great new and smaller bands has always been a great passion of mine, and that’s what led me to starting Disconnect Disconnect – to help promote some of these bands I was finding. I have chosen the following 3 bands as I believe these are some of the most promising lesser known punk rock bands around at the moment, with all deserving of a lot more attention.

The Braces
For Fans Of: NOFX, The Lawrence Arms, Green Day, and The Story So Far.
I started Disconnect Disconnect to promote a few smaller bands which were great, but weren’t getting much attention. To kick off the label, I put out a compilation called ‘Disconnect Disconnect Records Volume 1’ and I searched for some awesome bands from across the world to help promote. One of the favourites I found was The Braces from California- a band which crossed tuneful pop punk with fast raw punk rock, to create a familiar yet distinctive sound. Since then, they’ve self released an awesome EP ‘First World Problems’ for free via Bandcamp, had a great unreleased track ‘What Happened’ on our last compilation (‘Removals’) and have a new album ‘Two Years’ coming up, which from what I’ve heard, will definitely make a lot of people stand up and pay attention to this great band.

Watch Commander
For Fans Of: Alkaline Trio, Bayside, Hot Water Music and Rise Against. A few years back I reviewed an EP by a good young UK punk rock band called Red; The Resistance. That showed great promise, and I was disappointed when I heard that they’d split up, but pretty excited when I got a message over the internet from one of the members asking me to check out his new band, Watch Commander. Their first EP was really good, and having heard their sound progress over their first couple of years, the band earlier this summer put out what I rate as one of the best UK punk rock releases of 2012 in their début album ‘Clock and Compass.’ Unfortunately, I wasn’t able to get involved with that release at the time, but have since released a new acoustic EP from the band, ‘Rust’ as a pay what you want / free download via Bandcamp to help spread the word more on this really underrated band.

Mercy Street
For Fans Of: Rufio, Strung Out, A Wilhelm Scream, and Heartsounds.
When I heard Scott Sellers, the frontman of Rufio, had a new band, and they would be playing fast, I knew this project was going to be awesome. Luckily, I wasn’t disappointed, and the bands début self titled EP is 5 tracks of riff heavy, fast skatepunk goodness with Scott’s trademark melodic vocals, which definitely feels like a natural evolution from Rufio’s now classic first couple of albums, ‘Perhaps, I Suppose…’ and ‘MCMLXXXV,’ and should equally excite fans of bands like Strung Out and Heartsounds. I cant wait to hear a full length from these guys, and hopefully even a tour?