The stage splits for this years Slam Dunk Festival have been announced with All Time Low as headliners on Main Stage and will be joined by Deaf Havana, Kids In Glass Houses, Sleeping With Sirens, We Are The Ocean, Mallory Knox, The Summer Set and Tonight Alive joining them.

The Macbeth stages is headlined by Four Year Strong and sees the likes of The Early November, The Wonder Years, Allister and more playing.

Full stage splits can be viewed below. 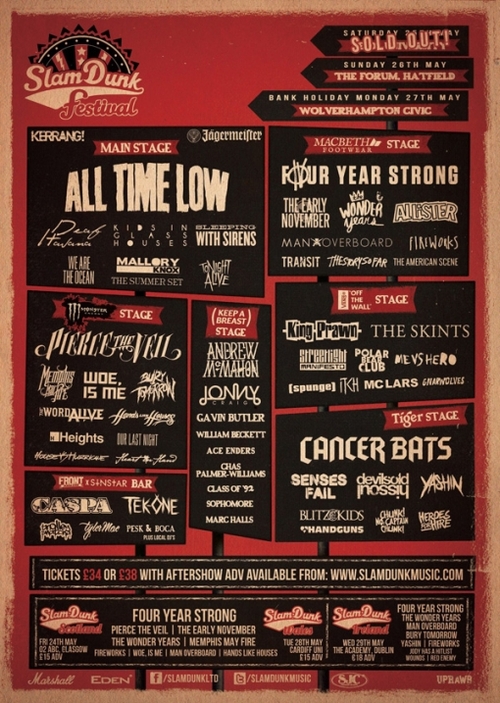