The latest Slam Dunk Festival line-up has been made with three bands being added to the festival – Feed The Rhino, Natives, and Landscapes.

In additional news, the line-up for the acoustic stage has been announced. It will be headlined by Vinnie Caruana (The Movielife and I Am The Avalanche). Joining Vinnie will be You, Me, and Everyone We Know, Rob Lynch, Mike Herrera (of MXPX) and The Lion & The Wolf.

Click read more for the full line-up so far. 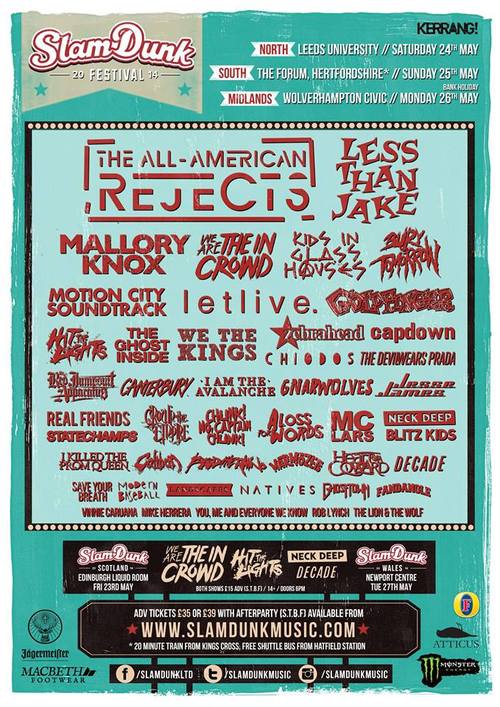