The second set of bands for this years Slam Dunk Festival have been announced with the likes of Less Than Jake, Motion City Soundtrack, We Are The In Crowd and Hit The Lights joining the bill.

Other names announced include State Champs, A Loss For Words, Marmozets, Blitz Kids and Chunk! No, Captain Chunk!.

The full line-up can be viewed by clicking read more.

In additional news details of Slam Dunk Scotland and Slam Dunk Wales has been announced. The two shows will feature
We Are The In Crowd, Hit The Lights, Neck Deep and Decade. 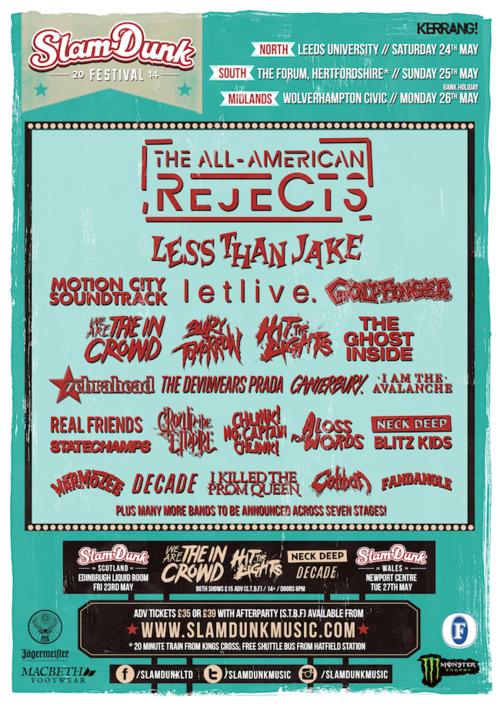