This morning the latest round of additions to Download Festival 2014 was announced with 14 bands being confirmed of the three day event.

The announcement sees Watford prog metal band SiKth reforming, whilst the likes of Volbeat, The Dillinger Escape Plan, Suicide Silence, Lonely The Brave, Feed The Rhino, and Memphis May Fire being just some of the acts confirmed. 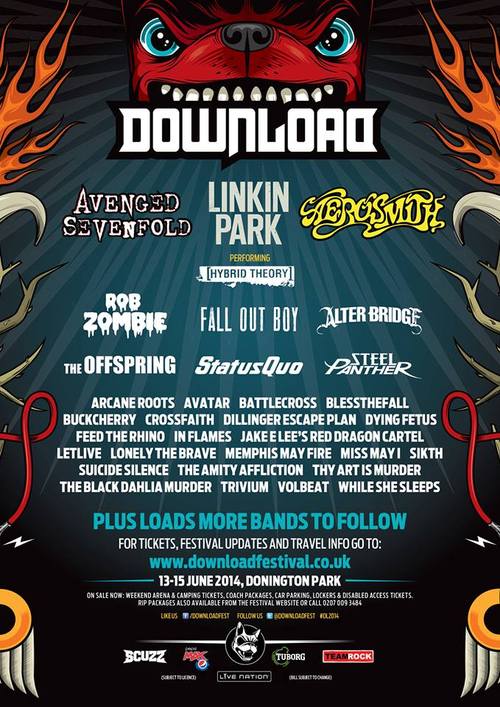