Saves The Day, Memphis May Fire, The Summer Set and More Announced for Hit The Deck Festival 2014

The likes of Saves The Day, Memphis May Fire, The Summer Set and Gnarwolves will join headliners Brand New at this years Hit The Deck Festival after organisers announced the first set of bands to play the Bristol and Nottingham event.

The full list of bands announced can be viewed by clicking read more.

Hit The Deck Festival takes place in Bristol and Nottingham on April 19th and 20th respectively. 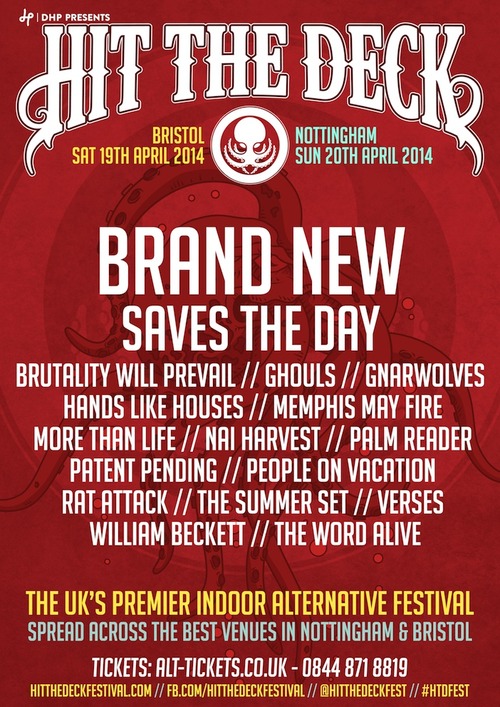