Russian Circles have been added to this years ArcTanGent.

Russian Circles are a great band for us to have as an addition to the line up and we wanted to announce them in a way that will get people excited about coming to ArcTanGent this year. The video teaser is intended to snap our fan base back into the atmosphere of last year’s festival and combine it with the added excitement of Russian Circles being announced for 2014. Working with the guys from 7bitarcade and Laughing Duck Productions to produce a teaser video we’ve managed to capture the vibe of the festival and are able to bring it to back to the punters six months on. For Russian Circles fans this year’s ArcTanGent is not to be missed!”

ArcTanGent takes place at Fernhill Farm, Somerset and will take place from August 28th to 30th. Tickets for ArcTanGent are on sale now and can be purchased here. 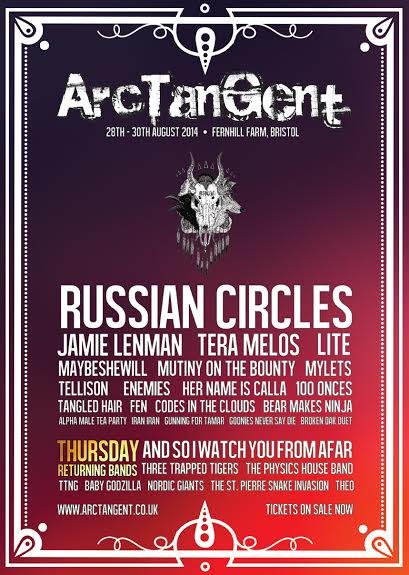