The first announcements for the 2013 edition of Warped Tour UK have been announced with Rise Against, Billy Talent, Yellowcard, Capture The Crown and Crossfaith being just some of the first bands announced.

The full set of bands announced for Warped Tour UK 2013 are:

Tickets can be purchased from VansWarpedTourUK.com. 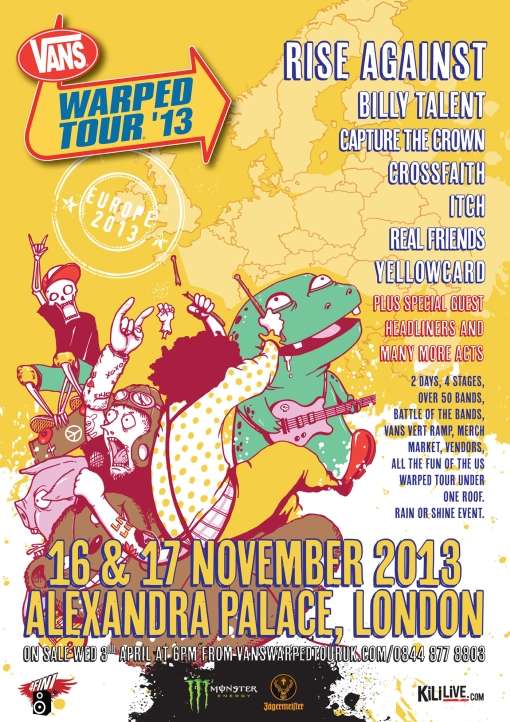