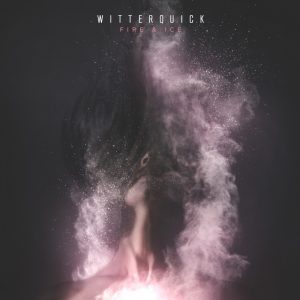 Since the release of last year’s debut EP, ‘Beneath the Spinning Lights’, upcoming alt-rockers Witterquick have been attracting a fair bit of attention for their melodic heartfelt brand of radio-friendly alternative rock. The praise is certainly justified, their sincerity and passion coming across in the slickly executed tunes, but with only four tracks and still very much in their comfort zone, it feels like there’s been limited progress this last year or so.

‘Shattered Suns’ kicks it all off with an upbeat slice of atmospheric driving rock. Although it’s not exactly adventurous, it is slickly done and pretty easy on the ear, boasting a big ass chorus and bags of commercial appeal.

The mid-tempo ‘Lie to Me’ follows in fairly predictable fashion, relying on the well-worn lyrical theme of being lost in the world that brings us down and can you save me tonight. They are no doubt singing from their collective heart, it is just a path that has been trodden a million times before.

Nevertheless, this is obviously a talented band and bass-driven rocker ‘Hiding Place’ shows much more promise. There is a little more edge, a pulsating synth riff and a soaring chorus; this is a direction they would do well to exploit further. The EP is rounded off with ‘I Need a Friend’, which makes for a ballad-y finale that builds into a well-constructed number showing Will’s vocal versatility.

All in all, ‘Fire and Ice’ is another good solid EP from this likeable band, it would just be nice to see them push their creative limits a little more.

‘Fire and Ice’ EP by Witterquick is out now.