Review: Wear Your Wounds – Rust on the Gates of Heaven 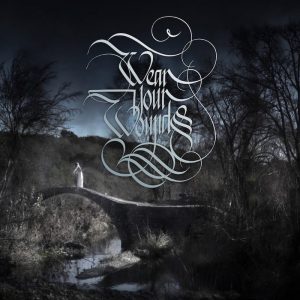 Converge vocalist Jacob Bannon is a busy man. Besides his artwork being heavily featured on the US punk/hardcore scene, maintaining Deathwish Inc. and participating in both Supermachiner and Wear Your Wounds. WYW has basically been a vehicle for Bannon’s solo work over the years, but with noteworthy guests such as Mike McKenzie contributing live and in the studio, the project has finally taken band shape, with the latest album delivering darkly atmospheric post-rock for those that enjoy the immersion into deep soundscapes.

‘Rust on the Gates of Heaven’ is best described as a serious listen. From the off it is deep in dark and moody territory; ‘Mercifully’ opening up with a ponderously atmospheric, yet hauntingly beautiful, piano instrumental that segues into the title track underscoring an epic ballad that soars on the back of extended guitar work.

The rest follows in a similar vein of slow, precise melodies, understated vocals and impressive guitars. Almost every track starts out sombre before an extended instrumental section showcases the work of the three guitarists. Although patience is required, investing some time makes ‘Rust on the Gates of Heaven’ a rewarding listen. ‘Rainbow Fades’, for instance, drifts slowly like molasses with Bannon’s vocals a little above a whisper, but its bluesy guitar lines are pure class and it kicks into life with machine-gun riffing and crashing drums that battle to a frantic finale.

Other highlights include the laid back balladry of ‘Love in Peril’, the ponderously epic lament of ‘Tomorrow’s Sorrow’ and ‘Lurking Shadow’s twisted country shuffle, all three boasting classy six-string dynamics. Everything is delivered in style and the guitar work is particularly notable alongside Bannon’s dark piano riffs, especially on instrumental closer ‘Mercilessly’. However, the ponderous pace and mechanical melodies can get a little tiresome.

Nevertheless, there’s plenty of quality on ‘Rust on the Gates of Heaven’, so if you fancy a reflective wander through darkly atmospheric soundscapes, then this is music to get lost to.

‘Rust on the Gates of Heaven’ by Wear Your Wounds is out now on Deathwish Inc.