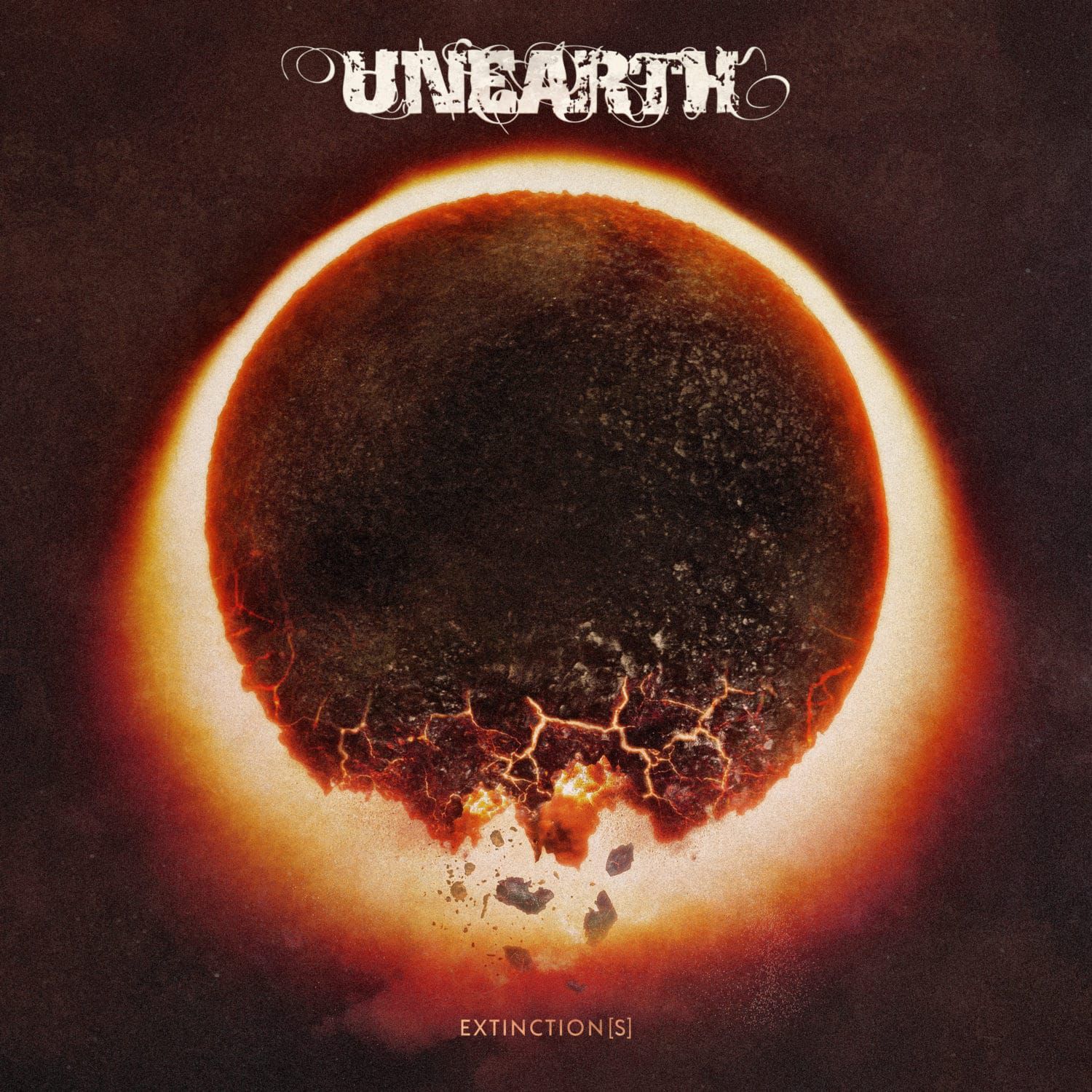 Unearth’s new album ‘Extinction(s)’ opens with a burst of discordant noise and chugging guitars telling you two things/. Firstly, age hasn’t tamed their approach, and secondly, they’re squeezing their sound like a tube of toothpaste, wringing out just a little more freshness.

Constructed around riffs from the metallic end of the metalcore spectrum ‘Extinction(s)’ sees Unearth treading familiar territory, but this time they’re really exploring the boundaries. Yes, they thrive on aggressive pummelling, but there is so much more here. Every song feels like it has been lived inside and fleshed out, be it by wild sweep-picking on ‘Incinerate’ or the slower sections on ‘The Hunt Begins’, designed to build tension before hell breaks loose.

So, while there is no shortage of breakdowns, each is earned with satisfying riff-work and comes across like a stampede. Ken Susi and Buzz Mcgrath are never content to play a straightforward style for long, adding careful little flourishes for effect. For example, take the subtle string bends that accentuate the expansive opening to ‘King of the Arctic’ or the delicate guitar sounds that evoke fire on ‘One With The Sun’.

Vocalist Trevor Phipps continues to avoid clean singing, but his throaty growl remains emotive and remarkably easy to follow. Lyrically he addresses current topics like climate degradation, but with enough abstract style to allow your own interpretation. Showing off a wide range, he presents huge bellows on ‘Survivalist’, a terrifying Jesse Leach style howl on ‘Cultivation of Infection’ and alternating screams on ‘Sidewinder’, all making for a gripping listen. Producer Will Putney is key to this, making all the record’s little details, including Phipps’ engaging vocal tics, stand out. The overall sound is fantastic.

Accessible without compromising on power, ‘Extinction(s)’ sees Unearth pull out all the stops. If not their best record, you can hear that’s what they were striving toward. Seven records into their career it’s an effort that should be commended.

‘Extinction(s)’ by Unearth is released on 23rd November on Century Media Records.