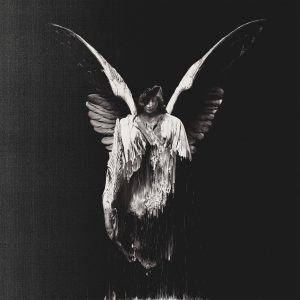 Spencer Chamberlain was the first to admit that Underoath’s breakup was a ‘mistake.’ Spurred by fear of music growing stale and relationships becoming fraught following Aaron Gillespie’s 2010 departure, the band that brought post-hardcore to the masses decided they had given all they had to offer. But they hadn’t.

Naturally, comeback album, ‘Erase Me’, can never live up to the expectation thrust upon it. Their pop-heavy hardcore has been re-interpreted and appropriated by everyone from Bring Me the Horizon to Issues to Being as An Ocean and frankly, few bands have bettered ‘They’re Only Chasing Safety’ or ‘Define the Great Line’. But Underoath aren’t interested in re-capturing past glories with this record.

Taking a U-turn from the slow-burning progressive material found on ‘Lost in the Sound of Separation’ and ‘Ø (Disambiguation)’, ‘Erase Me’ is Underoath at their most compact, stripped of any excess to provide the biggest hooks that a band with two vocalists, guitarists and a tonne of synth production can. Lead single ‘On My Teeth’ demonstrates this via Gillespie’s scattergun drum patterns layered on xenon-played synth backdrops in a pure adrenaline rush.

Tracks like opener ‘It Has to Start Somewhere’ and ‘Sink With You’ also pick up the pace for Underoath, but with a notably more accessible, streamlined approach to its songwriting than previous, to the point where the latter track could easily soundtrack scenes in a Marvel movie. Plus, the noir-pop keyboards in ‘Rature’ and ‘Erase Me’ benefit from Chamberlain and guitarist Tim McTague’s craft learnt from side-projects Sleepwave and Carrollhood.

While the ambient brooding of purely electronic ‘No Frame’ and cinematic closer ‘I Gave Up’ prove the band still have some tricks up their sleeves’, it’s this supercharged hard rock territory where Underoath really thrive on ‘Erase Me’. It’s not the most ambitious work in their back catalogue, but they’ve proven their worth over the past fifteen years, and hearing them sound this vibrant is a perfect way to kick off Underoath phase two.

‘Erase Me’ by Underoath is released on 6th April on Fearless Records.