Review: To the Rats and Wolves – Cheap Love 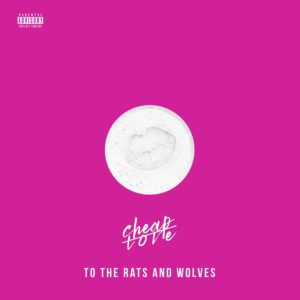 It is now almost laughable to claim that any merging of metalcore with pop elements is in any way original. After all, bands like Bring Me The Horizon have now completed wholesale transformations from their roots towards the latter.

But for To the Rats and Wolves, the concept isn’t so much about originality as it is about unapologetic – take any snippets from their material and it could genuinely be chart music, and done well at that. On ‘Cheap Love’ the contemporaneous post-hardcore ingredients almost provide a platform for the pop and electronic influences, not the other way about.

On ‘Friendz’, it’s nothing short of a thrilling balance; a synthesised and addictive riff igniting what would otherwise be unremarkable sing-along/jump-along fare. However, ‘Look What You Made Us Do’ has less legs, and it’s not helped by a bewildering and uncalled-for Taylor Swift parody towards its end.

The title track and opener is a much better example of the hyperactive impact the record has at its best, which includes utilising Dixi Wu’s particularly violent throat to layer the melodies. To that point, those melodies have a high hit rate, with no better example than the excellent ‘Cure’, Nico Sallach’s breathy delivery aided by Our Last Night’s Trevor Wentworth and an abundance of vocal effects.

By the time ‘B.I.C.’ and ‘Down’ come round, the pace and formula have become ever-so-slightly tiresome, and a slower, or all-out onslaught number wouldn’t have gone amiss. But there is the sense that the group from Essen, Germany had an uncompromising vision for the record, and by and large, it does work – in a faintly mad, over-the-top way.

Don’t come to ‘Cheap Love’ expecting subtlety, but don’t come expecting to be bored either. To the Rats and Wolves do what they do with defiance, and just like everyone who heard them first on the German underground scene, they want you to have a good time. It’s impossible not to.

‘Cheap Love’ by To the Rats and Wolves is released on 22nd February on Arising Empire.