Review: Through Fire – All Animal 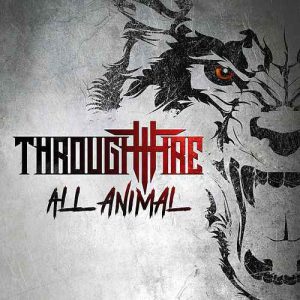 Through Fire‘s ‘All Animal’ is the follow-up to ‘Breathe’, the debut of the band formerly known as Emphatic. Led by guitarist and songwriter Justin McCain, it would be easy to dismiss Through Fire‘s hard rock to being consigned to overblown American sports broadcasting, and those capable of the fabled Nickelback mindset. Upon a first visit to ‘All Animal’, it only gets easier.

The title-track’s refrain might provoke head-scratching over how it sounds precisely as imagined before listening. Similarly, the lyrics may provoke wide-eyed wonder. Try ‘Superhero’ – “I’ll be your superhero/I’ll catch you when you fall” – or ‘Die Sober’ – “When I feel low, I wanna get high”. A track is called ‘If You Love Me, Leave Me’.

Upon a second listen this reviewer was less aghast and more amused. But then a strange thing happened. It became genuinely – non-ironically – enjoyable at the third attempt. The realisation hit that it would wholly naive to dismiss Through Fire on their own terms. The title track’s punchiness revealed itself and offset any predictability, while the direct, anthemic push of ‘Medicine’ and ‘Listen To Your Heart‘ proved to be of far greater substance than on initial impression.

No, the lyrics of ‘Die Sober’ did not change, but the neatly pulled-off blend of acoustic guitars and electronic beats ultimately raise the song up as one of the best on the record. Meanwhile, closer ‘Wake The Dead’‘s sizeable riff and lofty chorus ensure an appropriately unsubtle end.

To boot, the whole thing has an airtight, compressed production that is unfailingly urgent and exciting.

Hard rock fans will lap this up this efficiently high-impact and unapologetic collection from Through Fire from the word go. If your experience of it aligns with this one, it might go something like: awful, then funny, then not bad at all.

‘All Animal’ by Through Fire is out now on Sumerian Records.