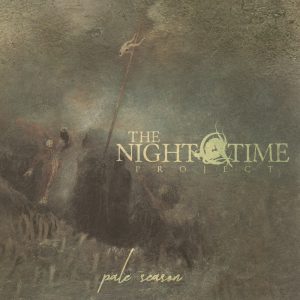 After spending over a decade in renowned metal band Katatonia, former members Fredrik and Mattias Norman joined forces with members of Letters From The Colony to form melancholic prog group Thenighttimeproject. Having released their self-titled debut album in 2016, the quartet have returned with a haunting sophomore record, ‘Pale Season’.

‘Embers’ and ‘Signals In The Sky’ stand out with more rock-driven instrumentation. The latter in particular surprises, opening with impactful a clean guitar riff and dreamlike female vocals, reminiscent of Amy Lee of Evanescence.

In contrast, ‘Anti-Meridian‘ is experimental with the random insertion of organ keys and a complete change in pace in the middle which jarringly make it feel like two different songs. Lastly, ‘Medirian’ brings a sense of closure as it is entirely instrumental and highly atmospheric, with ethereal guitar strums and a dark synthy background.

‘Pale Season’ is somewhat cinematic, and its tracks would not feel out of place in a disaster movie with dark, brooding soundscapes extending throughout. Structurally, many of the songs are lengthy and are difficult to tell apart which at times can be tedious. This was perhaps an intentional link to the record’s title, which refers to “less-colourful patches of memory – years that fly by without anything spectacular happening”.

All that being said, Thenighttimeproject‘s second record will certainly not easily be forgotten, boasting the band’s ability to experiment and create melancholic songs that bring vivid imagery into one’s mind. While this may be an in-between record, it will be interesting to see which direction this band head in next.

‘Pale Season’ by the Thenighttimeproject is out now on Debemur Morti Productions.