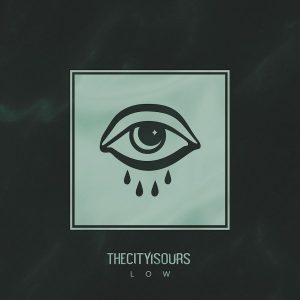 Brace yourself, the debut album from London’s TheCityIsOurs opens so ferociously you’d think you’d fallen into a pit of fighting dogs. It’s the sound of a band who want you to take notice. After two EPs, the five-piece metallers are ready to break out of the underground. With ‘Low,’ they certainly have the songs to do so.

After delivering a mauling, the album quickly settles down to a more measured stride. It’s fast melodic metal in the vein of Bury Tomorrow, with a dual vocal attack. Songs such as ‘If You Know, You Know’ and the breakneck ‘Bare Bones’ are powerful enough to rip the hind legs off a bear, but there is variety.

On the album’s latter half, they explore a wider sound,  as big solos run through ‘Sacred’ and closer ‘Here At All’ is an emotional rollercoaster. Yet, it never stops being anything short of thrilling. Louis Giannamore’s hardcore influenced drums keeps the pace high. Even driving the more thoughtful ‘Don’t Wait For Me’. Of course, the band can’t resist a heavy breakdown on ‘Incomplete’, but it feels earned, especially as they’re never far from a soaring chorus.

Sam Stolliday’s harsh vocal is dominant, yet he uses various styles which flow well. However, clean vocals from Mikey Page occupy a large portion of the record. He often takes the spotlight, and shines throughout, notably on the ballad ‘Now That You’re Gone’. He also dominates the gloriously heartfelt opening to ‘Veins’. Yet, the pair do complement each other well, especially on the rapid title track. ‘Casket’ is the album’s only outlier. Stolliday really struggles to bite, let alone leave a mark. The song’s smothering underwater-style vocal effects only make it worse, but the forgivable misstep is solid overall.

Hard-hitting and emotionally resonant, ‘Low’ is exactly the album TheCityIsOurs needed to make. Displaying confidence in a variety of styles, it’s an extremely effective display of power, strong enough to compete with the genre’s bigger players.

‘Low’ by TheCityIsOurs is out now.