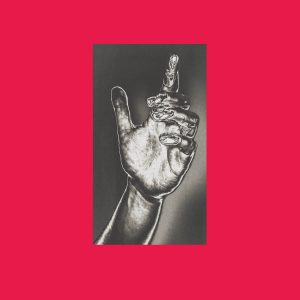 Despite their prominent roots in progressive rock, Brighton’s The Physics House Band are difficult to put into one box. This has given them great versatility – they’ve supported everyone from Alt-J to Mono. Their second release, mini-album ‘Mercury Fountain’ combines psychedelia with styles as disparate as jazz and metal with aplomb, switching between atmospheric keys and heavy riffs at a moment’s notice.

Despite the sonic differences between tracks, ‘Mercury Fountain’ feels more than a complete suite than a collection of songs. A slightly uneasy, psychedelic atmosphere is omnipresent throughout, which makes for an immersive experience. For example, ‘Obidant’, one of the heavier tracks, follows directly from the airy ‘A Thousand Small Spaces’, which is a beautifully understated combination of atmospheric keys and light guitar-work.

Much of ‘Mercury Fountain’ is a technical spectacle, but the more understated tracks highlight a side of the band that’s less concerned with technicality. ‘Holy Caves’ dedicates itself to creating an almost ambient atmosphere, and ‘Astral Wave’ strives for beauty rather than complexity. It’s a real standout that proves TPHB are more three-dimensional than they seem.

The latter half of the album flirts with ’70s prog-rock, with flutes and saxophones galore, but impressively never sounds dated. ‘Impolex’ is a particular highlight of this, due to its fantastic drumming, seamlessly combining some of the more zany, prog-infused elements alongside TPHB’s heavier tendencies, seen earlier on songs such as ‘Obidant’ and ‘Surrogate Head’. The closer, ‘Mobius Strip II’, fully commits to ridiculousness, ostensibly ending with a saxophone passage but then fading out with some guitar feedback.

‘Mercury Fountain’ combines many ideas without ever sounding disjointed – in fact, this 30-minute odyssey is more of a complete package than a lot of full-length albums. And more than this, it’s simply a delight to listen to.

‘Mercury Fountain’ by The Physics House Band is released on 21st April on Small Pond Records.