Review: The Intersphere – The Grand Delusion 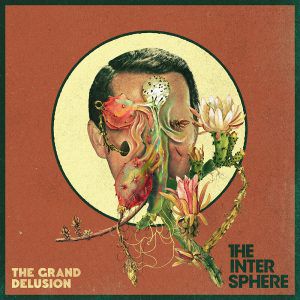 German quartet The Intersphere are back with their new LP. Almost five years after their last release, ‘The Grand Delusion’ is lyrically their most personal album to date. It is also considerably one of their most varied, loudest and angriest.

In the past, they’ve been compared to Von Hertzen Brothers and Dredg, due to their standard rock’n’roll compositions. Yet on ‘The Grand Delusion’, they’ve found a balance between progressive and pop sensibilities. Across 12 tracks, we’re presented with experimentation of new open tunings and fuzz pedals, so their sound has become distorted yet still anthemic. The background of the album explores societal contexts, interpretations of reality and reflection on oneself.

For example, ‘Antitype’ forms the basis for the concept. The song describes the social powerlessness in the capitalist system. Lyrics such as “And push poor man’s hard-won achievements, against the concrete wall,” displays the band’s lyrical wit and emotion they can bring to contextual times. Pairing the thought-provoking lyrics, harmonic verses, and a slow nostalgic guitar enriches the track with a raw sound. However, the lack of complexity to the instrumental does not make it as memorable or shocking and is not subpar with the cleverly thought-out lyrics.

Other tracks such as ‘Man on the Moon’ are more upbeat. Its fast piano introduction with a distorted guitar and heavy drum beat paired on top. The production gives it a theatrical dynamic with the background vocals repeating the word “compromise”, lead vocalist Christoph Hessler holding lengthy notes and a dramatic stop at the end with the drums.

The Intersphere have been clever with using their resentment towards societal issues, to create raw and angry lyrics. Yet, it still has its anthemic edge that makes the tracks worthy of a powerful live performance. However, the anticlimactic production and the same standard rock n’ roll composition has not made the tracks as memorable as they had the potential to be.

‘The Grand Delusion’ by The Intersphere is released on 30th November on Long Branch Records.