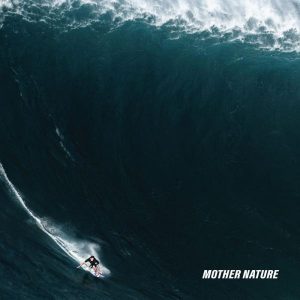 For emo fans of a certain age, it might seem like The Dangerous Summer are still new on the scene, although they arrived over a decade ago. The sense of novelty intensified last year, when the Maryland band returned from a five-year hiatus with a self-titled album – one that disappointed some; one that felt rushed to others. They were back, but something wasn’t quite right.

On ‘Mother Nature’, it doesn’t take long to sense that AJ Perdomo’s songs have regained their verve and all-cards-on-the-table sincerity. If this had been the comeback LP, ‘Bring Me Back To Life Now’ would have been a fitting comeback single, and not only in name. The shimmering synths evoke the record’s title and the immense wave of the artwork, while Perdomo continues the elemental theme: “give me back the sun now”.

Better still is ‘Starting Over / Slow Down’, the opening part of which is a wonderfully balanced, mid-tempo track that utilises piano and acoustic guitar before giving way to the thrill of the latter: an electrifying construction of drums, bass and mesmerising keyboard. This double track is ‘Mother Nature’‘s highlight.

After the hiatus, many returned to 2009’s ‘Reach for the Sun’ or its follow-up, ‘War Paint’, on which ‘Mother Nature”s ‘Virginia’ would have been at home. Its punky, back-to-basics guitar assault and a coarse Perdomo recall vintage Dangerous Summer and in such emphatic fashion that suggests the band’s best has returned. And there is further proof: the title track’s patient build and cathartic, final release is one embodiment of it. ‘Better Light’‘s Bon Iver-esque vocoder experimentation, a simple but ethereal and effective tool, is another.

That ‘Mother Nature’ arrives not even 18 months on from the self-titled album perhaps tells its own story in regard to how the group felt about that release. This record – a fine piece of work – will be remembered as the real comeback.

‘Mother Nature’ by The Dangerous Summer is out now on Hopeless Records.