Review: The Contortionist – Our Bones EP 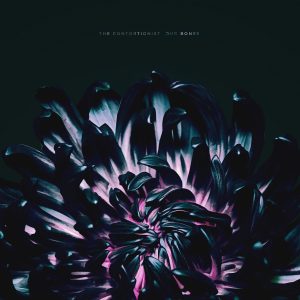 Having been on the prog metal scene for over 10 years, The Contortionist are back with ‘Our Bones.’ Following on from 2017’s ‘Clairvoyant,’ it offers a short sneak peek into what the Indiana sextet’s future holds with raw energy side by side with laidback melodies.

From the off, ‘Follow’ establishes a heavy sound as tumbling riffs combine with bursts of energy and powerful vocals from Michael Lessard. It shows a dark and dynamic side to The Contortionist, exhibiting their ability to intertwine prog-style instrumentation with heavy chugging sections, effectively showing an emotional dexterity. While the differentiation stops it from being a monotonous track.

With lyrics stemming from a multitude of stories sent to the band from fans who’ve found sanctuary in their music, ‘Early Grave’ captures the close relationship between The Contortionist and their fans with a positive message of not giving up; “You’re more than an early grave”. As expected, Michael Lessard’s sweet-sounding vocals serves as the track’s core with dense instrumentation complimenting him.

On a completely different note, ‘All Grey’ is a beautiful departure from the distortion on the previous tracks. A short and touching piece, it features atmospheric drones and piano along with haunting vocals. Although the EP is a short offering, ‘All Grey’s adds a hint of variation to it.

The final track is a cover of The Smashing Pumpkins’ ‘1979’. Unfortunately, it somewhat spoils the momentum of what has come before it as The Contortionist‘s take on it is fairly routine, and it’d be much more interesting to hear their own version.

Overall, ‘Our Bones’ is a pleasure to listen to. For a short EP and only 15 minutes of music, The Contortionist have managed to create a diverse snapshot that is sure to excite fans of their future.

‘Our Bones’ by The Contortionist is out now on Entertainment One / Good Fight Music.