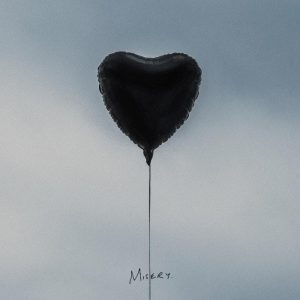 It’s becoming quite a common trope with heavy bands nowadays that a little way down the line of their careers, they seek a change in sound and style. Unfortunately, while some rarities do manage to pull off a competent transition, most others just fall flat on their faces. On their sixth studio album ‘Misery’, the Amity Affliction are definitely within the latter category.

‘Misery’ sees the group push towards a more accessible, electronically-fuelled sound that just feels incredibly forced and unconvincing. Right from the pre-released singles ‘Ivy (Doomsday)’ and ‘Feels Like I’m Dying’, there was an over-production, and just a lack of energy –– something that’s been so crucial on previous Amity albums. The former track strikes as a having a tad too obvious influence from Bring Me The Horizon (particularly ‘That’s The Spirit’), while the latter is a horrendous mash of metalcore and some EDM nonsense. If those tracks were a warning, then we should’ve been prepared for what was coming.

It’s not that having electronic influences on a track is a crime, but it’s the sound and way they’re used which is the biggest sin here. Big 80’s style swirling melodies occupy way too much of the mix alongside pounding guitars on ‘Burn Alive’, ‘Black Cloud’ and probably the worst of the bunch in ‘D.I.E.’, and are just a really bad mix, both musically and productionally.

Where the record recovers itself in some small regard, however, is – shock horror – on the tracks which are somewhat heavier. Notable mentions ‘Holier Than Heaven’ and ‘Kick Rocks’ both favour concentrated screams and bustling, bold choruses that are worthy of getting stuck in your head. If only more of the record was in this vein, it would be far better off.

The Amity Affliction are much better than ‘Misery’ would suggest, but it’s clear that the band are at a crossroads. It’s just a shame that they’re about 100 miles down the wrong road at this point.

‘Misery’by The Amity Affliction is out now through Roadrunner Records.